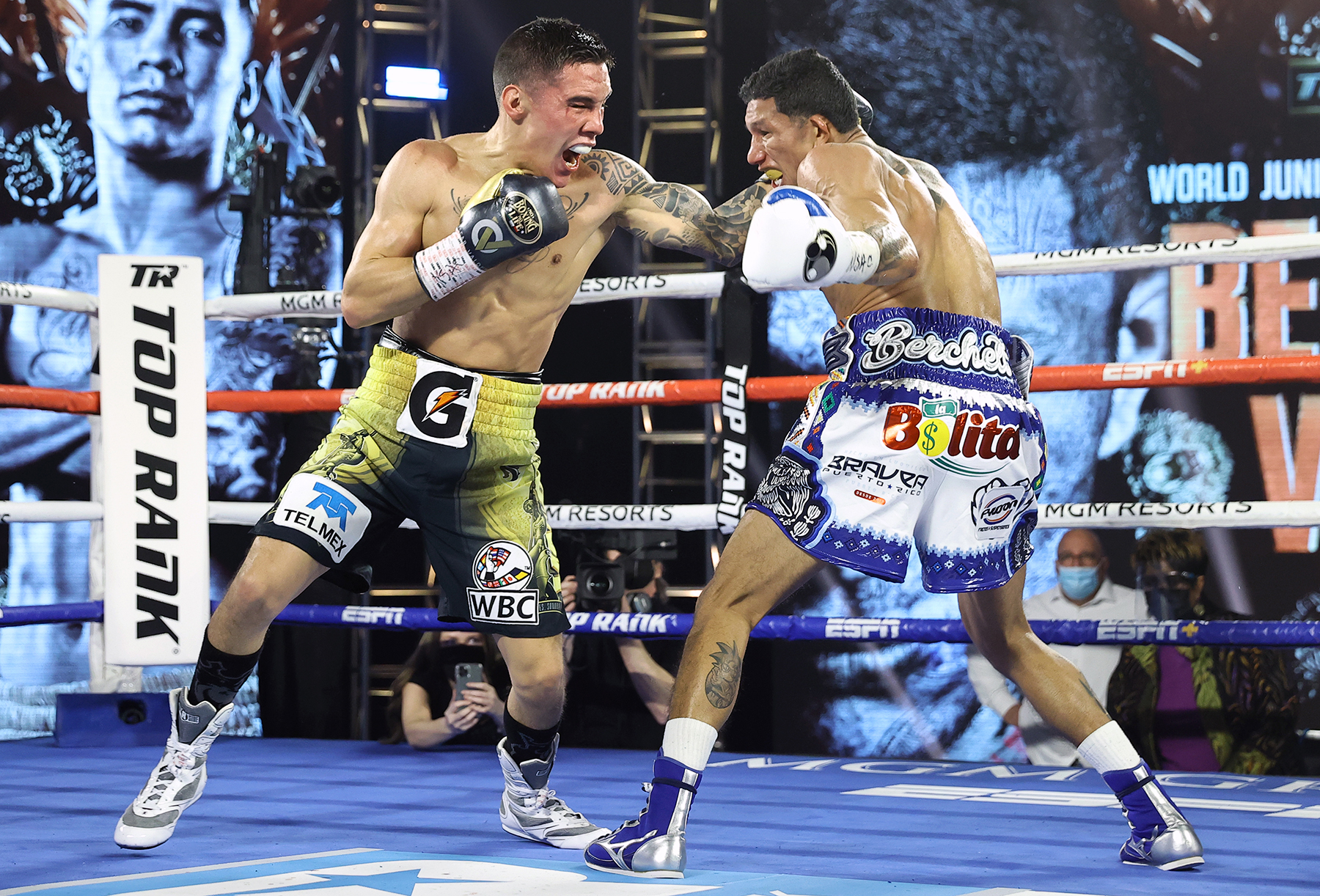 Boxing displayed its rare ability to inspire and terrify, sometimes within the same round, on Saturday night.

Oscar Valdez was in the middle of a brilliant deconstruction of Miguel Berchelt, the favored WBC super-featherweight champion. Then, as the bell was just beginning to toll at the end of the 10th round, Berchelt missed a lunging right and Valdez pounded him in the middle of the face with a left hook from boxing hell.

Berchelt was out cold before he hit the floor, and Valdez, now 29-0, was the new champ. It was his 23rd knockout and was built carefully from the ground floor by Valdez and trainer Eddy Reynoso.

“I thought Berchelt would bring out the best in me,” Valdez said. “I can also box, I can do a lot of things. It wasn’t a toe to toe fight and I had to box a little more. But like I told my opponents, be careful if you’re looking for the knockout. You might find one yourself.”

But it was difficult to analyze everything when one saw Berchelt motionless on the canvas for at least a minute and a half. After he sat up and regained his senses, he was strapped onto a gurney and shoved into the back of an ambulance.

It was Valdez’ third knockdown of the fight. In between Rounds 9 and 10, referee Russell Mora told Berchelt’s corner that he needed to see some competitiveness if he was going to prolong the fight. Valdez rocked Berchelt repeatedly during the round, and even though the champ was technically not defenseless, his legs were collapsing and his gait was unsteady. A stoppage would have been quite in line with boxing’s standards, as well as humanity’s.

Berchelt is now 38-2 overall and 7-1 in title shots. He has taken massive punishment before, as in the victory over Francisco Vargas that he used to win the title in 2017, but Valdez was too strategic and measured to let him escape.Related Articles

Ask Amy: I’m a millennial and I worry that my manners make people uncomfortable

Most Americans will need assisted living or other care, and a hybrid insurance policy can help cover the cost