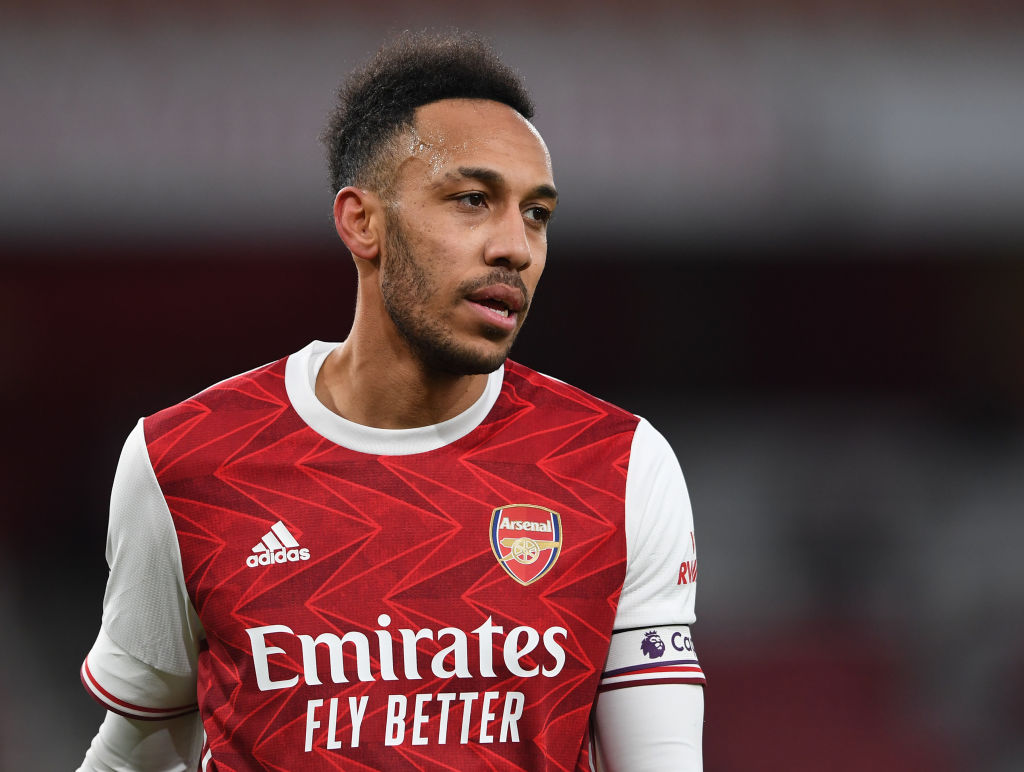 Jamie Redknapp believes Pierre-Emerick Aubameyang is ‘past his best’ following Arsenal’s defeat to Manchester City and says the striker now gets ‘bullied’ by defenders.

The Gunners fell to a 1-0 defeat to Pep Guardiola’s side at the Emirates Stadium on Sunday with Raheem Sterling’s early goal enough to secure victory for the Premier League leaders.

Aubameyang, meanwhile, struggled to make an impact up against John Stones and Ruben Dias, although Arsenal posed little attacking threat against City throughout the game.

The 31-year-old has scored 10 goals in 22 appearances for Arsenal this season and was rewarded in September with a new contract which is worth around £55 million.

But Redknapp believes Aubameyang’s powers are in decline and feels Arsenal’s younger players are showing up the more experienced members of Mikel Arteta’s squad.

‘I look at Aubameyang… Aubameyang’s past his best,’ Redknapp told Sky Sports.

‘When I watch him sometimes it’s like he’s lost his superpower.

‘I’m seeing now a player who looks like he’ll get bullied on every occasion.

‘And he’s your leading light. The likes of Saka and Smith Rowe, they’re the ones leading the way, it’s the other players who I feel have got to step up more.’

Stephen A. Smith Sends Stern Message to Cam Newton’s Trash-Talking Camper — Might Have ‘Slapped Him Upside His Head’