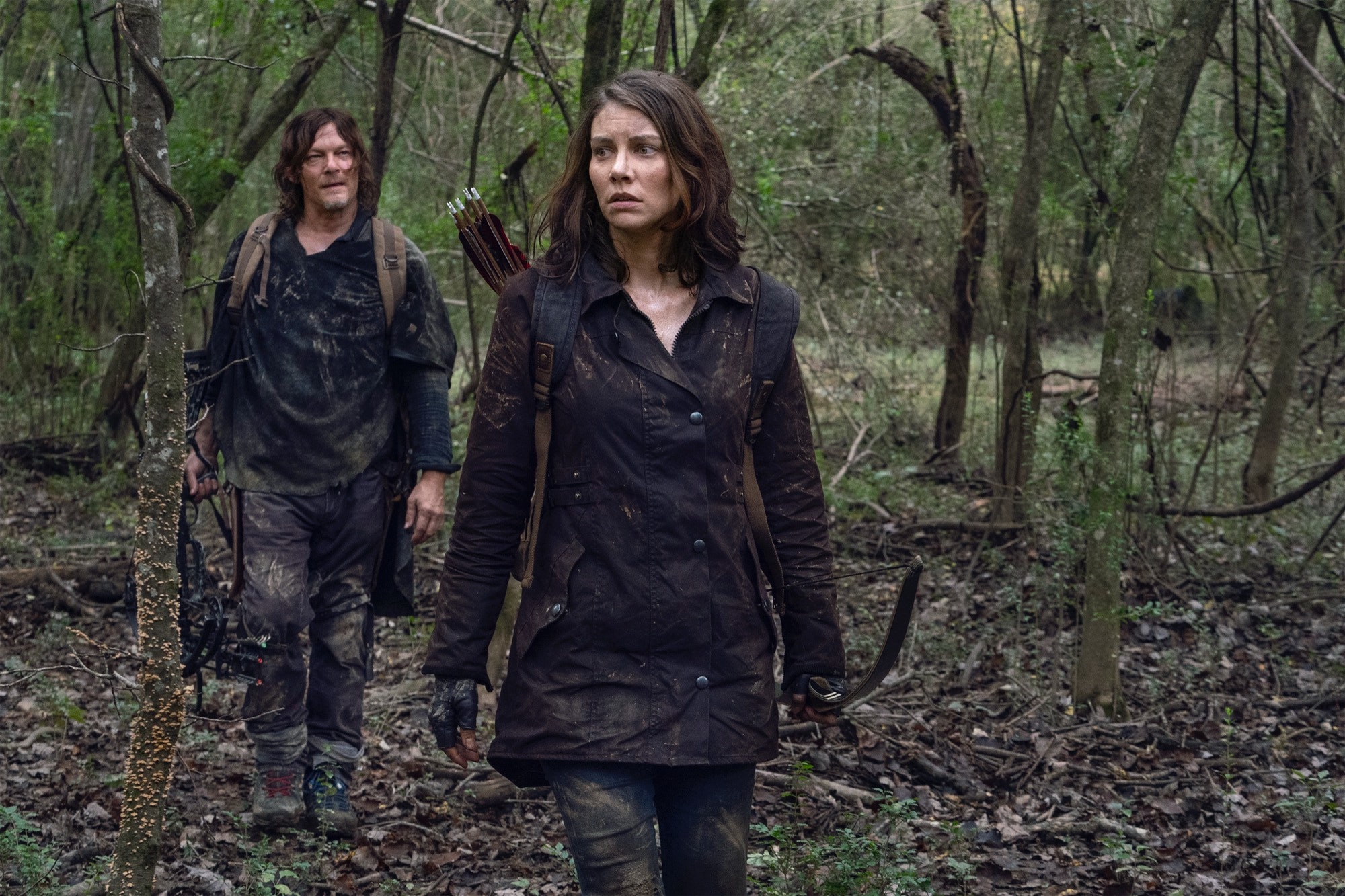 Prior to her heroic return in October, Maggie had been helping Georgie with her community outreach. As she explains to Daryl, they later split up, and she and Hershel found a home with “a whole community of people who needed us as much as we needed them.” But that home was attacked by a group called the Reapers – and now, that group seems intent on picking off Maggie and her small band of survivors one by one.

Like their disturbing name suggests, the Reapers are a violent force – they burn, they snipe, and at one point, a cornered Reaper even blows himself up instead of giving up any information. His calmness in doing suggests he’s totally fine with dying for the greater good of his people, who will likely be an antagonistic force for the rest of the season. Even though Daryl, Maggie, Hershel and the few remaining survivors get home safely, there’s no sense of conclusion here.

So how big of a threat, exactly, will the Reapers be? It’s hard to say. Unlike The Commonwealth community (who we met briefly in the midseason 10 finale) or big bads like the Saviors or Whisperers, the Reapers aren’t in the Walking Dead comics. In fact, they don’t even seem to have a close counterpart, like how Terminus from the TV show replaced the Hunters from the comics. But they certainly add an exciting element to an already emotional season.

Why I Want Black Women To Start Name-Dropping Their Titles

In addition to introducing the Reapers, the 10C premiere made space for the characters to reflect on the past. Maggie’s homecoming naturally means the return of her baggage with Negan, and they share a tense but brief encounter that sets up more drama to come. The episode also featured a sweet, surprise mention of a lost family member: Beth, whose friendship with Daryl and tragic death in Season 5 was one of the show’s most heartbreaking storylines.

In an emotional catch-up session, Maggie says that after “Bethy” died, she and Glenn talked about visiting her grandma’s beach house. Glenn never made it, but she did recount making the trek with little Hershel (an adorable mini-Glenn) who loved getting knocked down by the waves. It will be interesting to see Maggie and Daryl continue to fend off the Reapers and, perhaps, bond even more over their shared losses.

The ‘Bridgerton’ ‘SNL’ Sketch Is A Sex Scene Gone Wrong

Rachel McAdams and Abby Ryder Fortson Set to Star in Adaptation of Judy Blume’s ‘Are You There God? It’s Me, Margaret’

The Blue Farm Cafe In ‘Ginny & Georgia’ Isn’t Real, But You Can Still Visit

Ryan Reynolds Will NOT Be in Zack Snyder’s ‘Justice League’