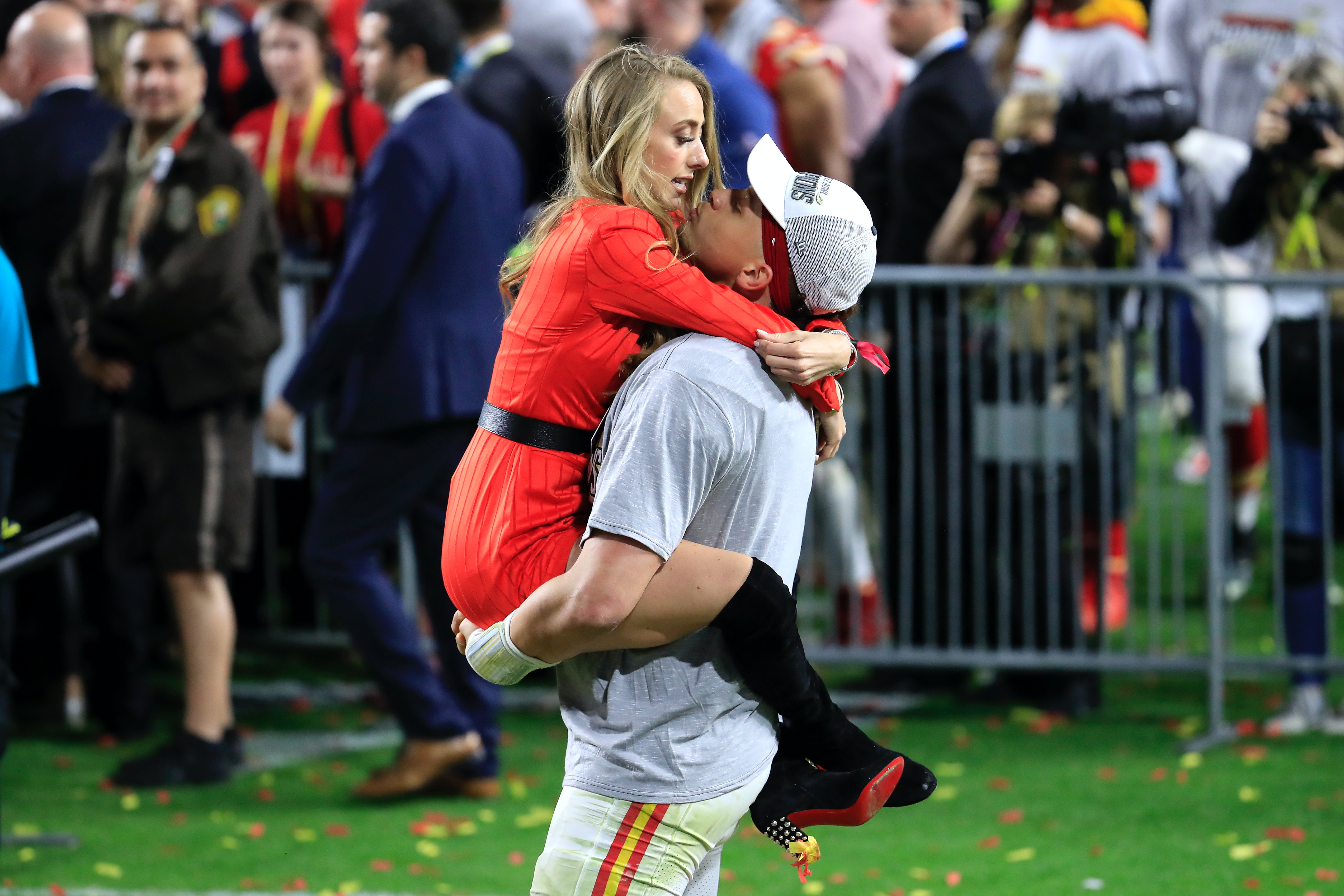 The Kansas City Chiefs may not have taken a ring home at Super Bowl LV this year, but quarterback Patrick Mahomes and his fiancée, Brittany Matthews, still have a major reason to celebrate. On Saturday, Feb. 20, the pair welcomed their first child, a baby girl named Sterling, per a photo posted by the pair to their Instagram pages the following day. Between the baby news, the Super Bowl, and Mahomes’ star profile, Brittany Matthews is also becoming more of a household name. Here’s everything to know about Matthews and her relationship with Mahomes.

Matthews and Mahomes were high school sweethearts, which Mahomes made clear in an Instagram photo he shared in 2013 of the two posing for their prom night. After high school, the young lovebirds’ relationship continued to go the distance as Matthews attended and played soccer at the University of Texas at Tyler while Mahomes headed to Texas Tech University.

Once Mahomes and his teammates received their Super Bowl rings months after their win, the quarterback proposed to Matthews with a ring of her own in an Arrowhead Stadium suite. Matthews later shared engagement photos of them surrounded by an assortment of white and red flowers. She wrote, “On a day that was meant to celebrate you, you turned it into celebrating us. It’s always us, it’s always you and me. The words you looked into my eyes and said to me at this moment, will NEVER leave my mind!”

She Gave Birth To A Baby Girl

Shortly after their whirlwind engagement, Matthews announced on social media that she was pregnant with her and Mahomes’ first child, a baby girl. In January, Matthews celebrated this new chapter in their lives by posting a handful of beautiful maternity photos on Instagram.

Matthews gave birth on Feb. 20, 2021, sharing a photo of her and Mahomes holding hands with the newborn child, named Sterling Skye Mahomes. On Matthews’ Instagram, she also revealed that the baby girl’s birth weight was 6 lbs 11 oz.

She’s A Fitness Expert And Entrepreneur

Like Mahomes, Matthews also has experience in the professional sports world, as she was a pro soccer player. After playing the sport at UT Tyler, Matthews went on to sign a contract with Icelandic soccer team UMF Afturelding/Fram in 2017. However, her time with UMF was short-lived as she only played with the team for six months that year. Still, her brief time in Iceland was well spent — she played an integral part in her team winning a league title.

MBA programs are in high demand, but insiders say the job market is tougher than ever. Here’s how students have landed roles, and what the landscape might look like post-pandemic.

‘There’s no evidence that pets can pass coronavirus to humans,’ claims doctor

How To Make The Queen’s Favourite Chocolate Cake