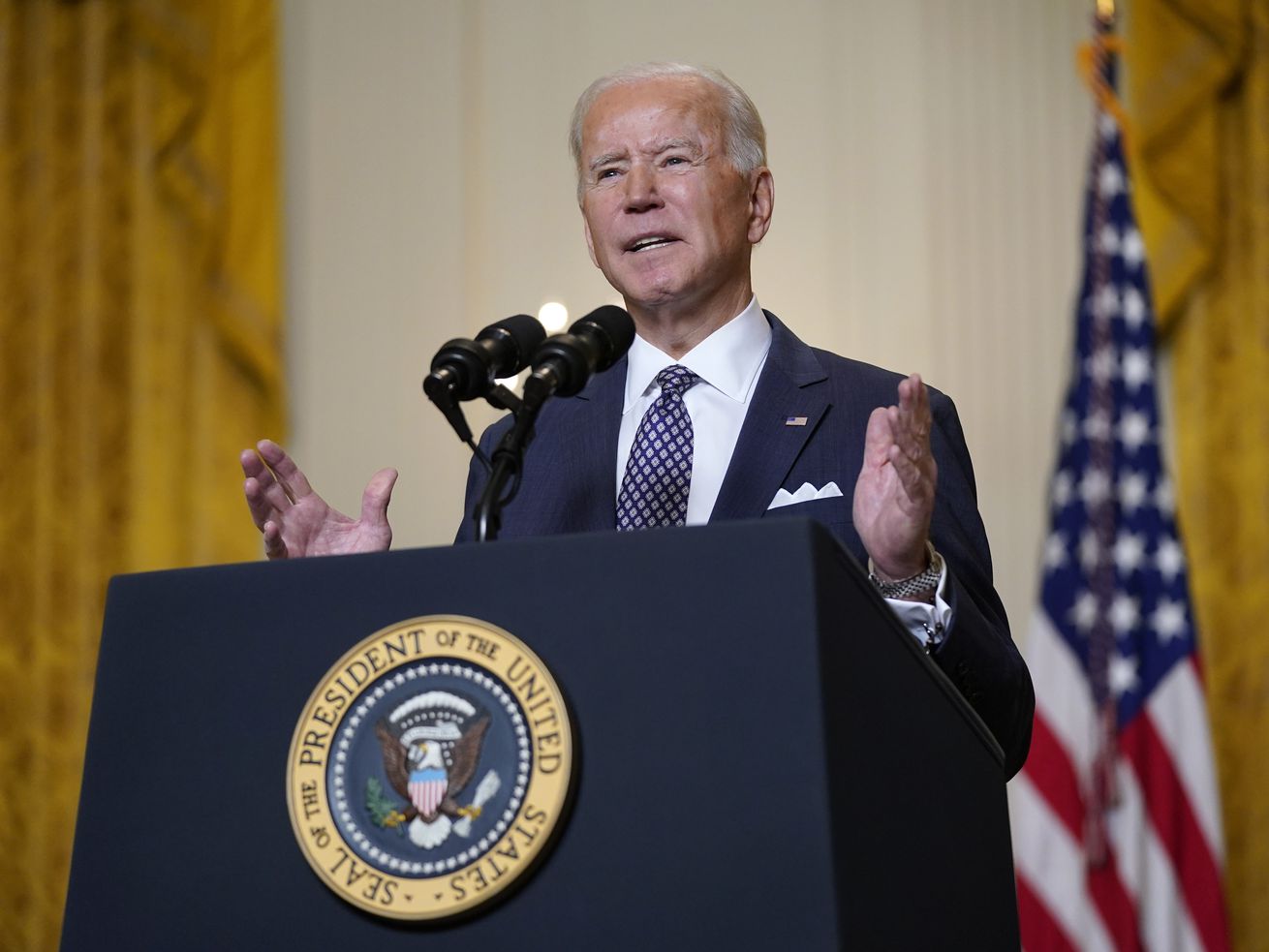 President Joe Biden participates in a virtual event with the Munich Security Conference in the East Room of the White House, Friday, Feb. 19, 2021, in Washington. | Patrick Semansky, Associated Press

Slightly more than half of residents in the state disapprove of his job performance 30 days into his presidency. But his approval rating is comparable to that of former President Donald Trump’s in reliably red Utah when he left office.

A new Deseret News/Hinckley Institute of Politics poll shows 45% of voters approve of the job Biden is doing, while 51% disapprove, including 40% who strongly disapprove.

As Trump left office, his favorability among Utahns dipped to 49% after being in the mid-50s for the past year, while his disapproval rating stood at 50%.

Interestingly, Biden and conservative GOP Utah Sen. Mike Lee have the same approval rating among Utahns, though Biden’s disapproval rating is 10 percentage points higher than Lee’s, according to the poll.

“It shows people in Utah are willing to give Biden a chance,” said Utah Democratic Party Chairman Jeff Merchant, adding that Lee’s rating indicates people are tired of his “antics.”

Still, the poll found a wide partisan divide between Democrats and Republicans.

Only 20% of those in the survey who identify themselves as Republicans approve of Biden’s performance, but the number soars to 95% among Democrats, including 72% who strongly approve. The new president also does better among women than men.

Biden has made COVID-19 the top priority of his administration. He signed a series of orders and directives on his second day in office to take charge of stopping the spread of the virus and that he says would boost testing, vaccinations, supplies and treatments. He is also pushing Congress for another $1.9 trillion relief package that would include direct payments to Americans, support for small businesses and more funding for vaccines and testing.

Utahns are split on how well he is doing.

The poll shows 23% of residents rate Biden’s handling of the coronavirus pandemic as excellent, 22% good, 16% fair and 32% poor. The remaining 7% aren’t sure.

Again, Republicans gave him low marks with 45% rating his performance on COVID-19 as poor, while 53% of Democrats say it’s excellent. He again also does better with women than men.

Pollster Scott Rasmussen conducted the survey of 1,000 registered Utah voters on Feb. 10-16. The poll has a margin of error of plus or minus 3.1 percentage points.

Merchant said anything Biden does on the coronavirus will be difficult.

“We’ve had a year of someone who literally did nothing. Anyone who asks people to do hard things won’t really be popular,” he said.

Biden didn’t do well in Utah in the November election, garnering just under 38% of the vote. Trump won the state with 58%. Trump, though, vacated the White House with the lowest approval rating of his presidency nationally and the lowest in Utah for the past year.

In the third round of The Genesis Invitational 2021, Dustin Johnson recorded three birdies against 3 bogeys to remain even through 13 holes before play was suspended due to darkness. Johnson is 7-under-par for the tournament. The PGA TOUR returns to iconic Riviera Country Club for The Genesis Invitational. Tournament host Tiger Woods will be in attendance but won’t play as he is still recovering from a back procedure last month. World No. 1 Dustin Johnson and defending champion Adam Scott are among the headliners. Notables in the invitation-only field include major champions Brooks Koepka, Bryson DeChambeau, Collin Morikawa, Jordan Spieth, and Francesco Molinari, plus world No. 2 Jon Rahm. Two-time FedExCup winner Rory McIlroy looks to finally lift the trophy at Riviera after holding a piece of the lead Sunday a year ago only to fall to T5. In addition to reigning champ Johnson, FedExCup winners in the field include Justin Thomas, Brandt Snedeker, and Jim Furyk.
From the Mars Rover landing to SpaceX satellite launches, these are some of 2021's biggest space stories so far
Here you can find everything you need to stay up to date with the world’s foremost golf tour. Check in for highlights from every tournament plus player profiles, swing analysis and all the greatest shots and amazing moments. Teryn Gregson presents the craziest moments from around the world of golf in ‘Good, Bad & Unusual'.

New poll shows fewer Utahns saying ‘no’ to getting vaccinated