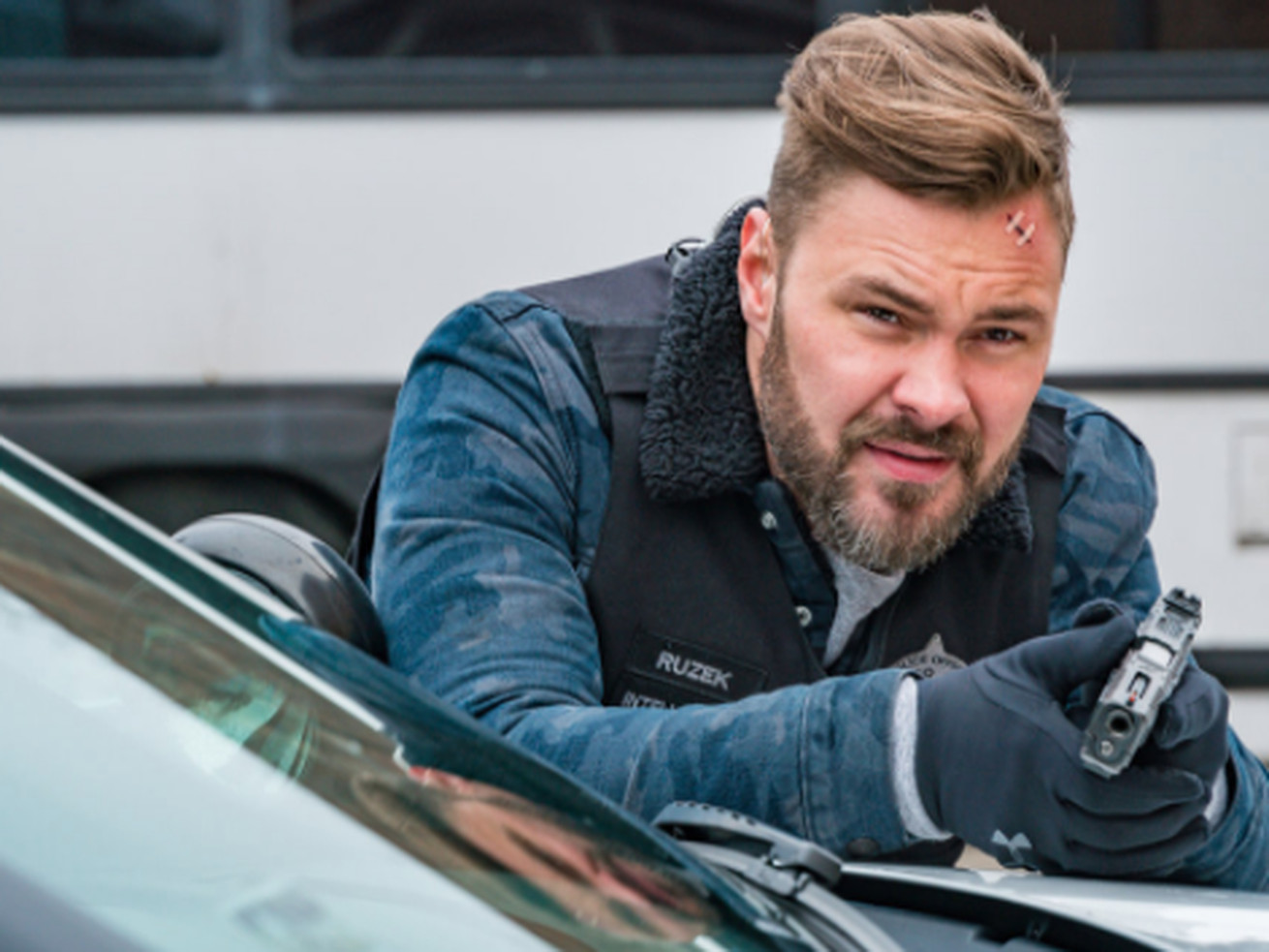 Society’s changing view of cops is on the mind of Patrick John Flueger, whose character Adam Ruzek this season is helping call out police misconduct.

When “Chicago P.D.” actor Patrick John Flueger takes a look at past episodes of the hit NBC series, he views certain scenes in a new light.

What Flueger is seeing, critics say, is “copaganda,” a tendency of TV series to depict police officers solely as heroes.

“I’ll be frank, I have those criticisms in the back of my head,” said Flueger, who plays Officer Adam Ruzek. “We’ve talked about running into old episodes on USA [channel], and we were [merely] telling stories — we were making a TV show. And now, in light of recent events, I really think people are waking up in a different way.”

Amid worldwide protests by citizens outraged by incidents of police brutality, those calls have grown louder.

In 2019, “Chicago P.D.” and other police shows were taken to task by nonprofit civil rights advocacy organization Color of Change and the University of Southern California’s Norman Lear Center, co-authors of “Normalizing Injustice,” a study detailing how television plays a major role in how police and systemic issues are viewed by consumers.

Why scientists are cloning black-footed ferrets

Of the 26 TV series mentioned, NBC shows, according to the study, “tended to more frequently depict wrongful actions [by criminal justice professional] than other series, but explicitly or implicitly justified them — thereby normalizing them.” The other NBC series cited were “Law & Order: SVU,” “The Blacklist,” “Blindspot” and “Shades of Blue.”

Change of Color declined to comment on whether “Chicago P.D.” has evolved since then.

Trevor Noah, the host of Comedy Central’s “The Daily Show,” explained the phenomenon in a 2020 segment called “Copaganda — How Cop Shows Lie to You.”

In the segment, a clip from “Chicago P.D.” shows Sgt. Hank Voight (Jason Beghe) telling his intelligence unit subordinates, “Forget warrants. Forgot the rules. It’s on us to catch him,” and in another scene, Voight is choking a suspect.

“Every cop show makes it seem like the reason cops have to beat suspects is because without the beatdown, they won’t tell the truth, and so those beatings protect the rest of society from these lying criminals,” said Noah in the segment. “When rogue cops throw away the rulebook and take matters into their own hands, it doesn’t look ‘cool’ like in one of the TV shows.”

During season six, Flueger’s character, a second-generation cop, roughed up a suspect AFTER he requested his attorney. Two seasons later, Ruzek backs officer Kevin Atwater, who’s Black and played by Harvey native LaRoyce Hawkins, as he tries to call out police misconduct.