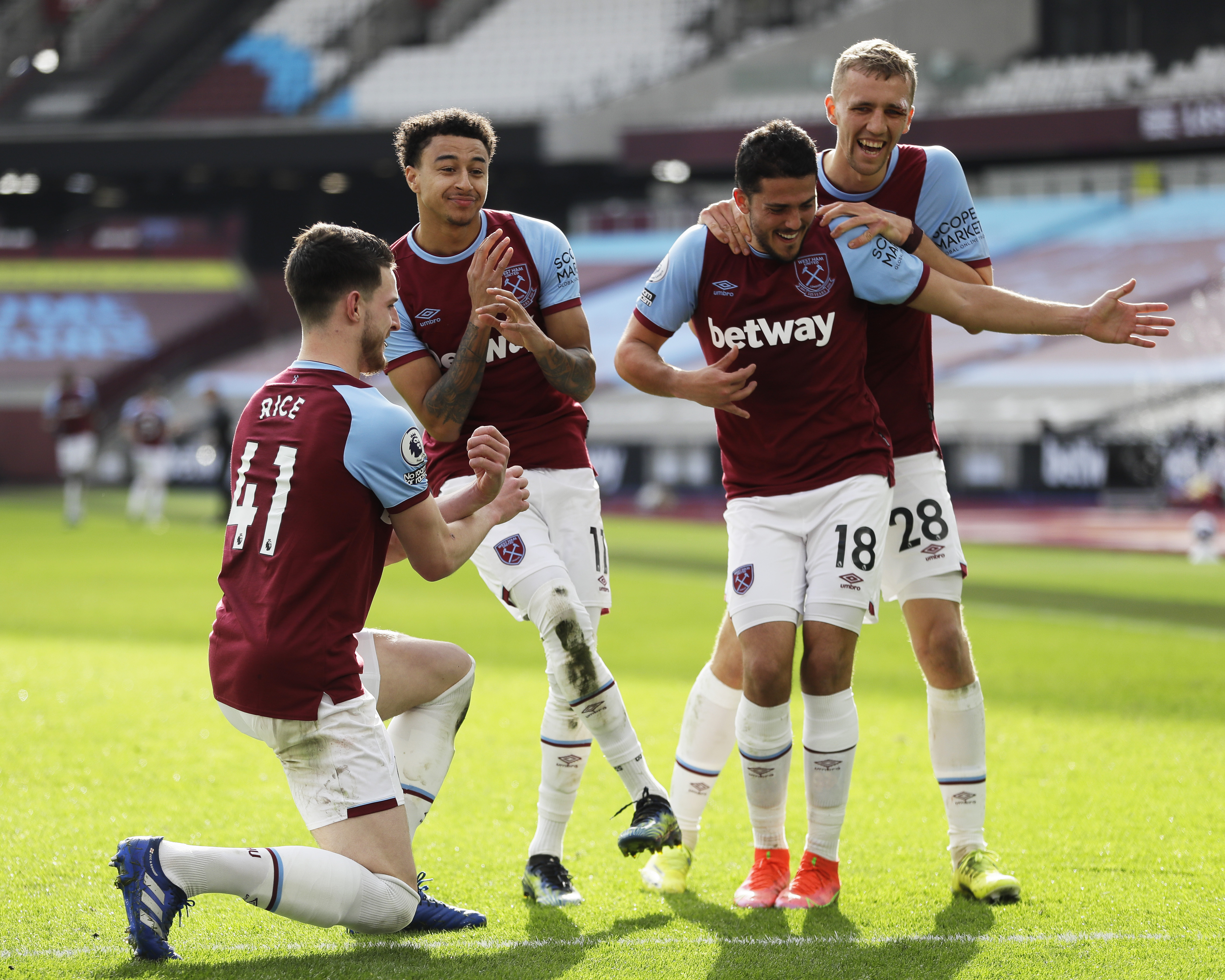 West Ham beat Spurs to propel themselves into the top four of the Premier League (Picture: Getty)

Declan Rice has revealed how Jose Mourinho inadvertently helped inspire West Ham’s 2-1 victory over Tottenham by suggesting there would be no comparison between the two teams at the end of the season.

Michail Antonio and a resurgent Jesse Lingard, who arrived on loan from Manchester United in January, netted at the start of each half for the Hammers at the London Stadium on Sunday.

Lucas Moura’s 64th-minute header proved to be a consolation and the result saw David Moyes’ men climb into the top four of the Premier League, while Spurs now find themselves languishing down in ninth place.

The delight among West Ham’s players was plain to see as referee Craig Pawson blew called time on the London derby and Rice explained how the club were given extra motivation to claim all three points after Mourinho’s jibe at the start of the campaign.

‘I read during the week that Mourinho said that, at the end of the season, there would be no comparison between where Spurs are going to be compared to West Ham and that they were going to overtake us,’ the West Ham star told talkSPORT.

‘You read stuff like that as players – I think he said it on the Spurs YouTube channel  – you read that as players and you think, ‘Yeah that is going to make me go out there and prove you wrong’.

‘You go out there and you want to put out an even better performance, so I think all the lads knew that. We wanted to go out there yesterday and really beat Spurs.’

The Hammers are pushing for Champions League qualification (Picture: Getty)

Rice believes the West Ham of last season may have ‘caved’ when Moura pulled a goal back for Tottenham at the weekend.

‘Obviously we played them at the start of the season and we came back from 3-0 down to draw 3-3, and yesterday was another top result,’ Rice added.

‘But it’s a London derby; knowing that should be enough to get you up for anything.

‘We are going out there now and we don’t fear anybody. I think maybe the West Ham of last season would have caved in in that second half and conceded goals.

‘But now it’s completely different and now, like you say, we won’t cave in to anyone.

‘We can score goals; we’ve got quality up there at the attacking end of the pitch as well. Long may it continue.’

Moyes’ side have won nine of their last 12 games in all competitions (Picture: Getty)

The England midfielder feels West Ham’s next four matches against Manchester City, Leeds, Manchester United and Arsenal will be significant in deciding whether the club are able to go on and push for Champions League qualification.

On whether he’s determined to hold onto a top-four place, Rice replied: ‘100 per cent, definitely I …read more

Jon Gruden and the Las Vegas Raiders Are Having Trouble Trading Their $10.1 Million Signal-Caller