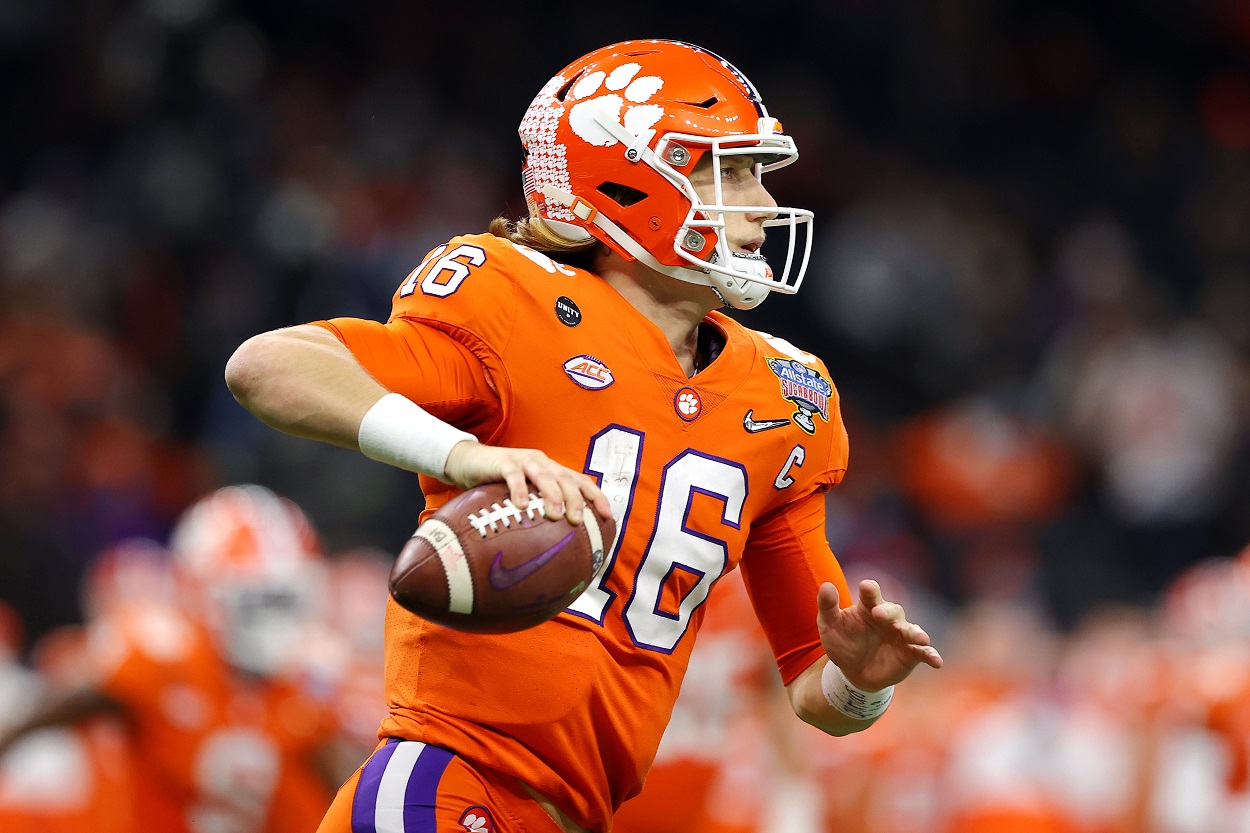 The 2021 NFL draft is still two months away but the mystery that sometimes surrounds the No. 1 overall selection has been gone for quite some time as the Jacksonville Jaguars are widely expected to select quarterback Trevor Lawrence with the top pick.

However, if former Atlanta Falcons head coach June Jones had any say in the matter, Urban Meyer and the Jags would pass on the Clemson QB, trade the top pick, and select one of the other two quarterbacks he has rated ahead of Lawrence.

Trevor Lawrence is expected to be the No. 1 overall pick in the 2021 NFL draft

Trevor Lawrence came to Clemson in 2018 with a lot of hype surrounding him. As a senior at Cartersville (GA) High School, he was named a USA Today All-American and High School Football Player of the Year after breaking Georgia state records for passing yards and passing touchdowns, records previously held by another Clemson QB, Deshaun Watson.

While technically the backup quarterback in his first season the Tigers, Lawrence split time with starter Kelly Bryant but took over as QB1 after four games and promptly led Clemson to an undefeated season and a national championship. He then led the team to another undefeated regular season in 2019 and a fifth straight ACC title before finally losing his first game in the CFP National Championship against Heisman Trophy winner Joe Burrow and LSU.

Most believe Lawrence would have been the No. 1 pick in the 2020 NFL draft but he obviously wasn’t yet eligible. So when COVID-19 rocked the sports world, many urged him to sit out the entire 2020 season as some believed it wouldn’t be seen as a real season anyway. But Lawrence chose to suit up and while he did miss a couple of games after contracting the novel coronavirus, he still had another phenomenal season and once again led the Tigers to the College Football Playoff, where they lost to Ohio State in the national semifinal.

In three years at Clemson, Trevor Lawrence completed 66.6% of his passes for 10,098 yards with 90 touchdowns against just 17 interceptions, also adding 943 yards and 18 scores on the ground.

Jones, who himself played quarterback before beginning his coaching career, says he likes Lawrence but thinks Urban Meyer and the Jaguars would be making a mistake using the No. 1 overall pick on him. He believes Jacksonville should trade the top pick and then select one of the other talented quarterbacks in the draft. Jones offered up his reasoning for the bold take in a recent interview with Yahoo Sports.

“He’s a very talented kid, don’t get me wrong, and I think he’s a winner. …read more

Stephen A. Smith Sends a Stern Message About J.J. Watt Potentially Going to the Browns, Says It Would Be an ‘Absolute Act of Betrayal’