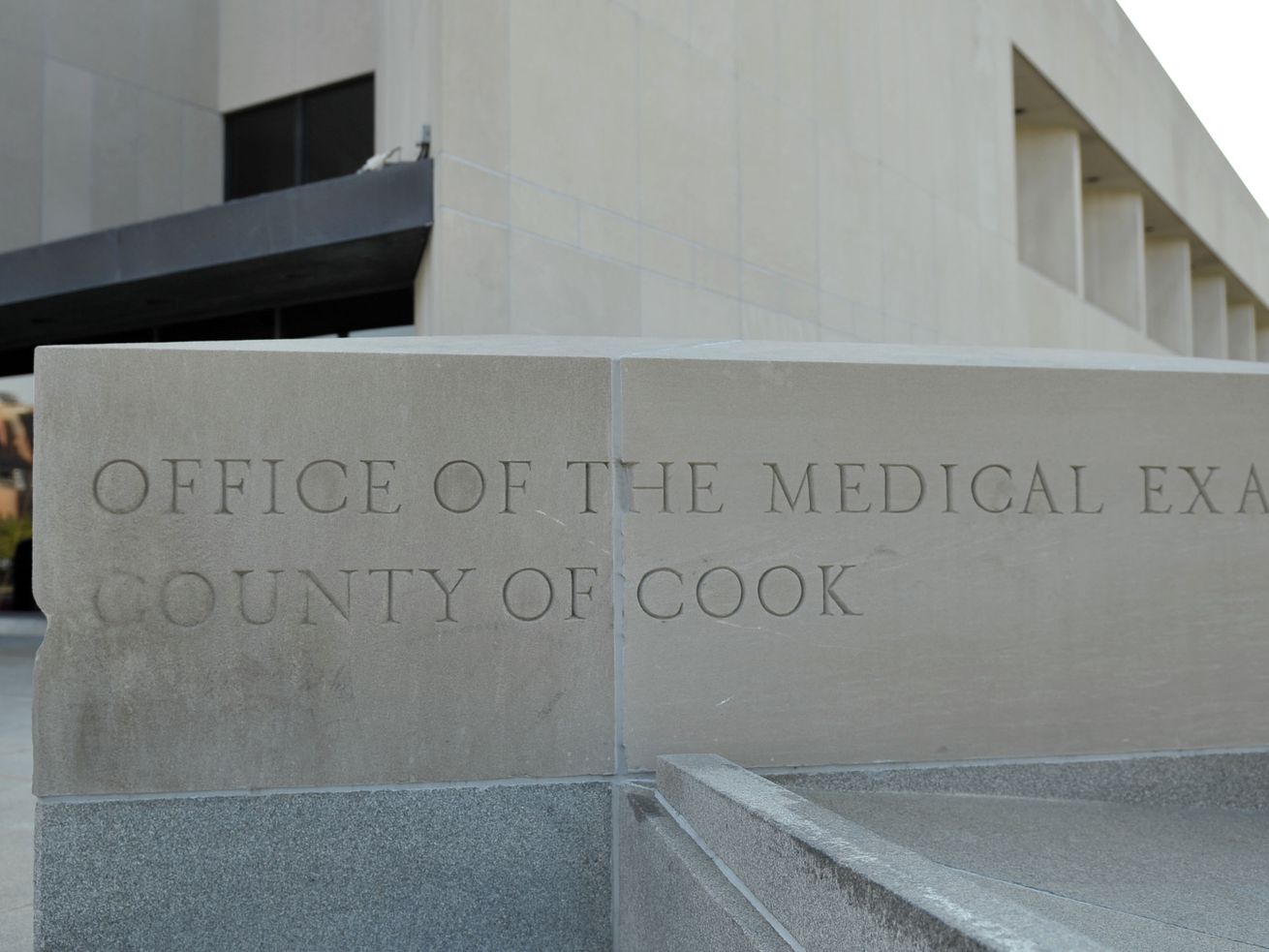 Investigators are the medical examiner’s frontline workers who collect information that helps determine what deaths in Cook County receive autopsies.

About two dozen investigators at the Cook County medical examiner’s office who thought they were going to be sacked amid an effort to restructure the position will now be offered the new roles, a county spokeswoman confirmed late Monday night.

The investigators will be offered the new positions, which closely mirror the ones they currently hold, at a meeting later this week, according to Natalia Derevyanny, spokeswoman for the medical examiner’s office.

Anders Lindall, spokesman for American Federation of State, County and Municipal Employees Council 31, didn’t challenge Derevyanny’s assertion but said he couldn’t confirm it either because he couldn’t reach union reps who were still in negotiations.

Union leaders had contended any layoffs under the restructuring would violate union contracts and would be challenged.

Investigators are the medical examiner’s frontline workers who collect information that helps determine what deaths in Cook County receive autopsies.

Under the restructuring, investigators must be certified by the American Board of Medicolegal Death Investigators, which requires passing a test.

“The intent is that there will be no disruption in their ability to work as this transition takes place,” Derevyanny said. “Investigators who do not currently have this vital certification will have an opportunity during this transition to receive it. The Office is committed to continuing to provide professional development opportunities to all staff.”

Dear Abby: I moved with my family to Germany and don’t fit in here

Lindall said the thought of the workers facing layoffs amid a pandemic that’s increased death tolls was an insult.

“This whole thing was sprung on us last month,” he said, adding that the union does not oppose the certification requirement and the situation could have been avoided through simple dialogue.

Here’s what’s behind the surprising increase in gas prices: Roadshow

Ithaca mayor is set to propose a plan to replace the city’s police with a civilian-led agency, report says

‘We can’t shoot our way out of this’: Parks district considers new policy after fatal cat shootings

Albert Pujols to retire at end of 2021 season, according to his wife