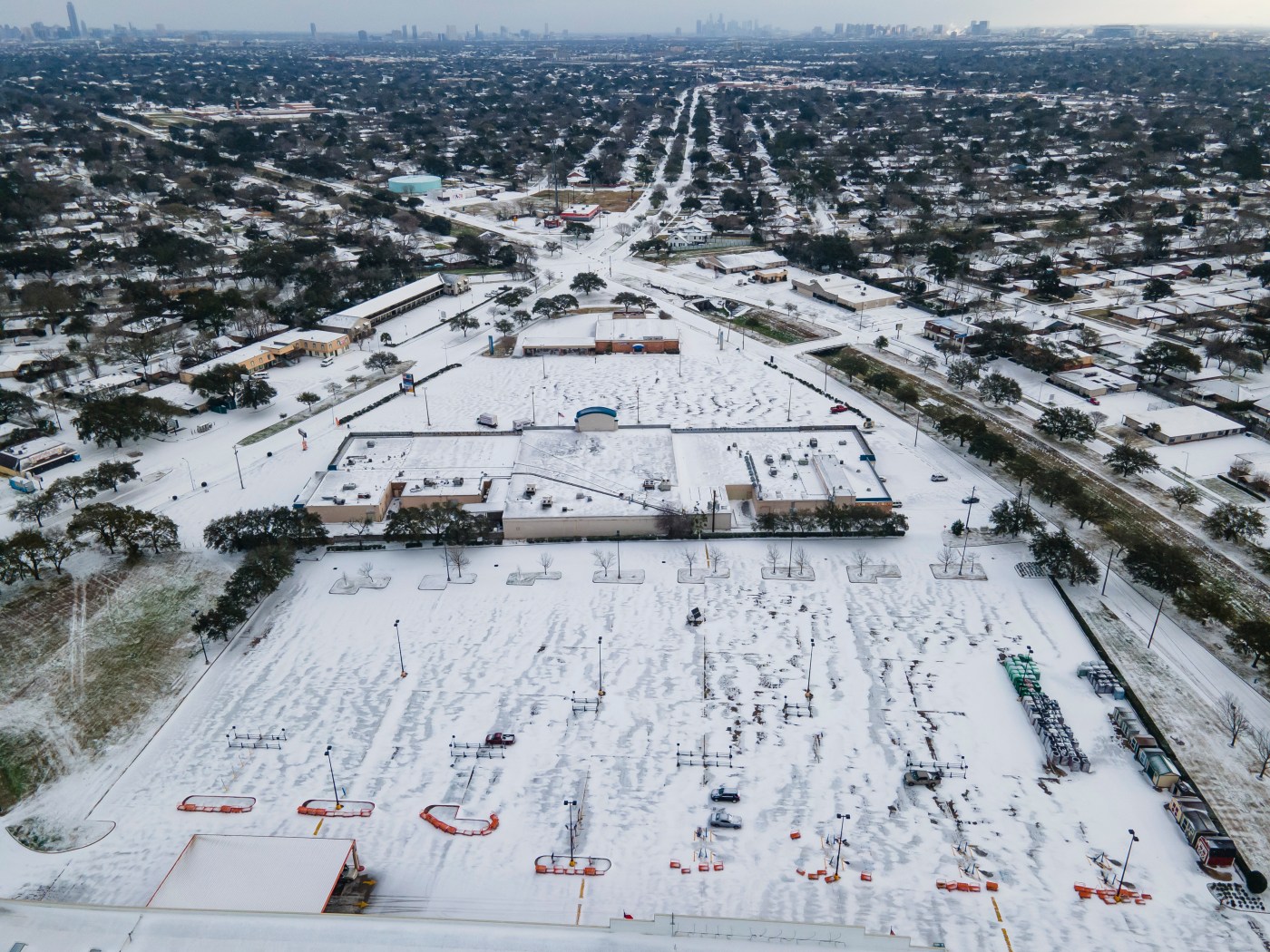 Memo to Larry Ellison (Oracle Corp.), Elon Musk (Tesla) and other Californians eyeing a move to Texas because it has no state income tax but does feature lower living expenses and far less government regulation than California: Think twice, maybe three times, before you leap.

That’s one lesson of the mid-February combination of blizzard and deep-freeze that struck the Lone Star state, dropping some outdoor temperatures near zero and indoor levels into the 30s and sometimes lower.

Ice and snow froze water pipes, some placed two feet below ground level. Several hospitals were left without safe water, forcing mass patient transfers in extreme weather. All this just three years after Hurricane Harvey reduced much of Houston, the nation’s fourth-largest city, to a bunch of rivers and ponds.

It’s one thing to see how virtually non-existent zoning that stems from the Texas ideal of little government control can let junk yards and body shops exist alongside posh homes. It’s another to see Houston reduced to non-functionality twice in less than 40 months.

And not merely non-functionality in a business sense, but in much more human ways. In the midst of Texas’ weeklong super-freeze and blackout, some water purification works went the way of business activity and home heat: They did not work. More than 10 million Texans who still had running water were told to boil it before drinking it. That meant wide use of portable camping stoves – if households had them – because natural gas operations were also stuck in the deep freeze. Never mind the threat of carbon monoxide poisoning.

Rockies must cut down on strikeouts, starting with Sam Hilliard

The length and extent of the blackouts dwarfed anything modern California has seen, even in the energy crunch of the early 2000s, trouble primarily caused by Texas companies whose executives gloated publicly over “stealing from California grandmas” – before they were convicted and imprisoned.

In short, the approximately 300,000 former Californians who moved to Texas over the last six years because of lower real estate and energy prices suddenly learned why their big new homes cost so little. They now know they bought into the mere façade of a solid place to live.

Yes, Texas’ far-right Republican Gov. Greg Abbott tried to blame all this on the fact his state’s grid – independent of surrounding states that could have aided it (but did not) because Texas would have no federal regulation of its electric supply – gets about 20 percent of its power from solar and wind developments. What about the other 80 percent? In any case, Abbott’s own appointed energy experts said whatever green power Texas uses did not create this crisis.

It was reminiscent of the old saying that when you eliminate a tradition, you soon learn why it became one. This time, Texas worked assiduously to avoid federal control and influence, then learned why those can sometimes be a big plus.

There there are Texas politicians. It wasn’t just that Abbott tried to scapegoat renewable power and the nonexistent Green New Deal. No top-level politician in California has been as dishonest and deflective during …read more