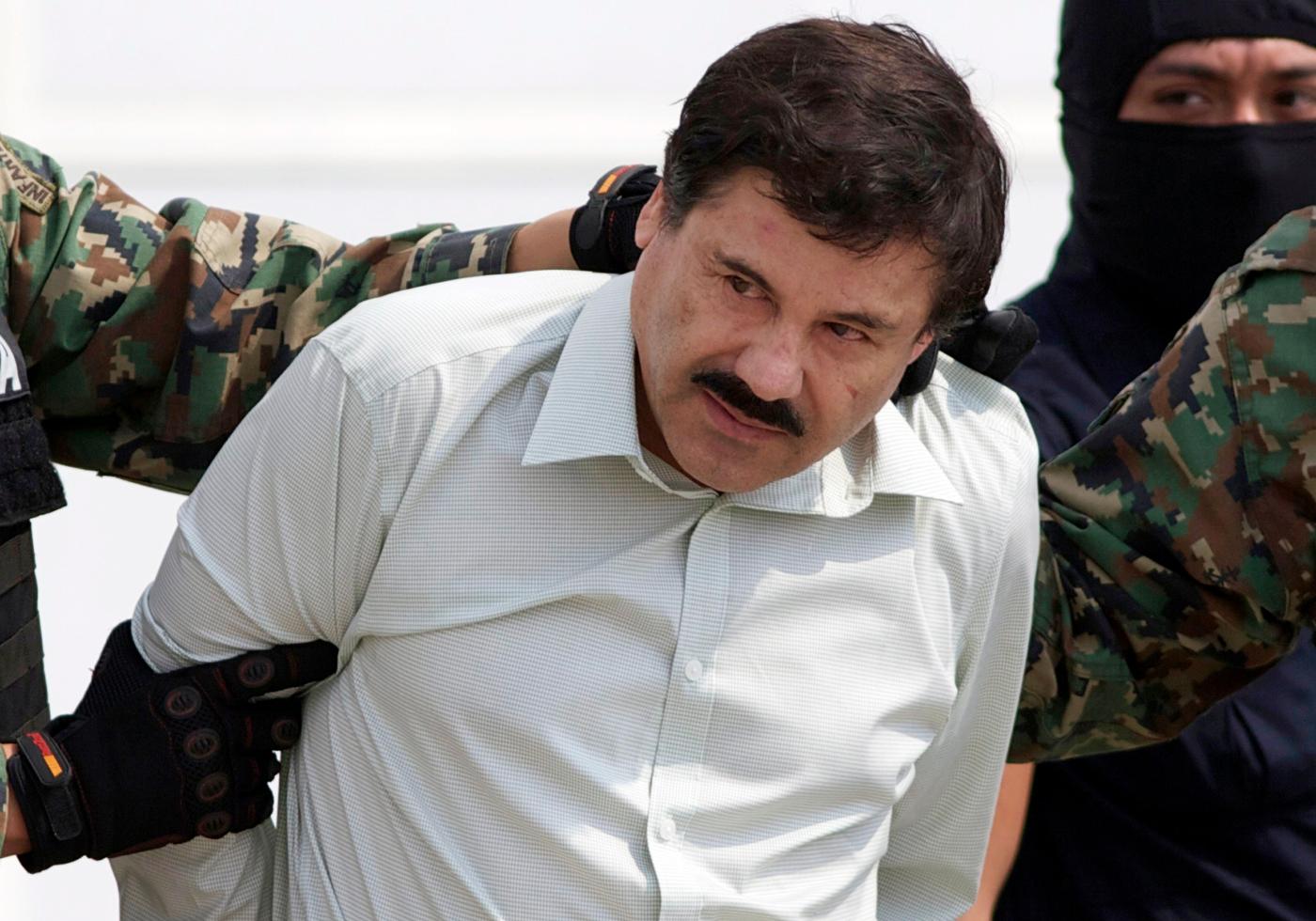 WASHINGTON — The wife of Mexican drug kingpin Joaquin “El Chapo” Guzman was arrested in the United States and accused of helping her husband run his multibillion-dollar cartel and plot his audacious escape from a Mexican prison in 2015.

Emma Coronel Aispuro, a 31-year-old former beauty queen, was arrested at Dulles International Airport in Virginia on Monday and is expected to appear in federal court in Washington on Tuesday afternoon. She is a dual citizen of the United States and Mexico.

Her arrest is the latest twist in the bloody, multinational saga involving Guzman, the longtime head of the Sinaloa drug cartel. Guzman, whose two dramatic prison escapes in Mexico fed into a legend that he and his family were all but untouchable, was extradited to the United States in 2017 and is serving life in prison.

And now his wife, with whom he has two young daughters, has been charged with helping him run his criminal empire. In a single-count criminal complaint, Coronel was charged with conspiracy to distribute cocaine, methamphetamine, heroin and marijuana in the U.S. The Justice Department also accused her of helping her husband escape from a Mexican prison in 2015 and participating in the planning of a second prison escape before Guzman was extradited to the U.S.

Coronel was moved to the Alexandria Detention Center in Virginia late Monday night and is expected to appear by video conference for her initial court appearance on Tuesday. Her attorney Jeffrey Lichtman declined to comment Monday night.

As Mexico’s most powerful drug lord, Guzman ran a cartel responsible for smuggling mountains of cocaine and other drugs into the United States during his 25-year reign, prosecutors said in recent court papers. They also said his “army of sicarios,” or “hit men,” was under orders to kidnap, torture and kill anyone who got in his way.

His prison breaks became the stuff of legend and raised serious questions about whether Mexico’s justice system was capable of holding him accountable. In one case, he escaped through an entry under the shower in his cell to a milelong (1.6-kilometer-long) lighted tunnel with a motorcycle on rails. The planning for the escape was extensive, prosecutors say, with his wife playing a key role.

Court papers charge that Coronel worked with Guzman’s sons and a witness, who is now cooperating with the U.S. government, to organize the construction of the underground tunnel that Guzman used to escape from the Altiplano prison to prevent his extradition to the U.S. The plot included purchasing a piece of land near the prison, firearms and an armored truck and smuggling him a GPS watch so they could “pinpoint his exact whereabouts so as to construct the tunnel with an entry point accessible to him,” the court papers say.

Guzman was sentenced to life behind bars in 2019.

Coronel, who was a beauty queen in her teens, regularly attended Guzman’s trial, even when testimony implicated her in his prison breaks. The two, separated …read more

Fears of inflation are overblown, but it could still trigger near-term stock market volatility, UBS says

Trump hotel employees say they had to pretend to support the president: ‘Inside I was dying’

You can transfer Marriott Bonvoy points to over 40 airlines to book award flights, including first class on Cathay Pacific and Emirates

Meet Candice Beaumont, a venture industry power broker whose career took off when she joined one world’s most exclusive social networks