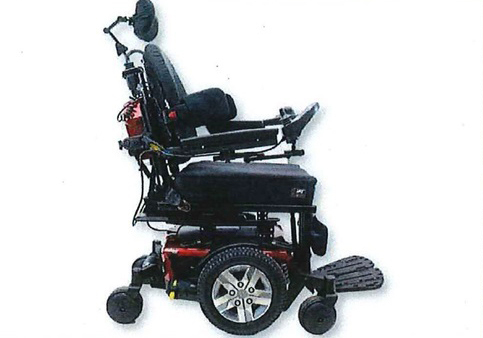 SAN FRANCISCO – A 60-year-old man was beaten and robbed of his motorized wheelchair in San Francisco last week, authorities said.

The victim was traveling on Mary Street about 9 p.m. on Feb. 17 when four male suspects approached him and commented on his Quantum Q6 Edge HD wheelchair, the San Francisco Police Department said in a news release Tuesday. One then punched the victim in the face while the others dragged him out of his wheelchair and threw him into the street.

Police said the suspects also kicked the victim several times before riding away with his wheelchair.

The victim crawled out of the street and back to his home, said police, adding that his injuries were not considered life-threatening.

No description of the suspects was provided, but police said they were last seen heading toward Mission Street.

Police are asking for the public’s help in finding the wheelchair and identifying the suspects. Anyone with information, including cellphone or security camera footage, can contact the police department at 415-575-4444 or text a tip to TIP411 and begin the message with SFPD.

NBA Players Seem to Be Getting Sick of Shaquille O’Neal

An LA councilman wants to declare some rail tracks in his district a nuisance. This is why

Miss Manners: A stranger used a derogatory term. Should I have said something?