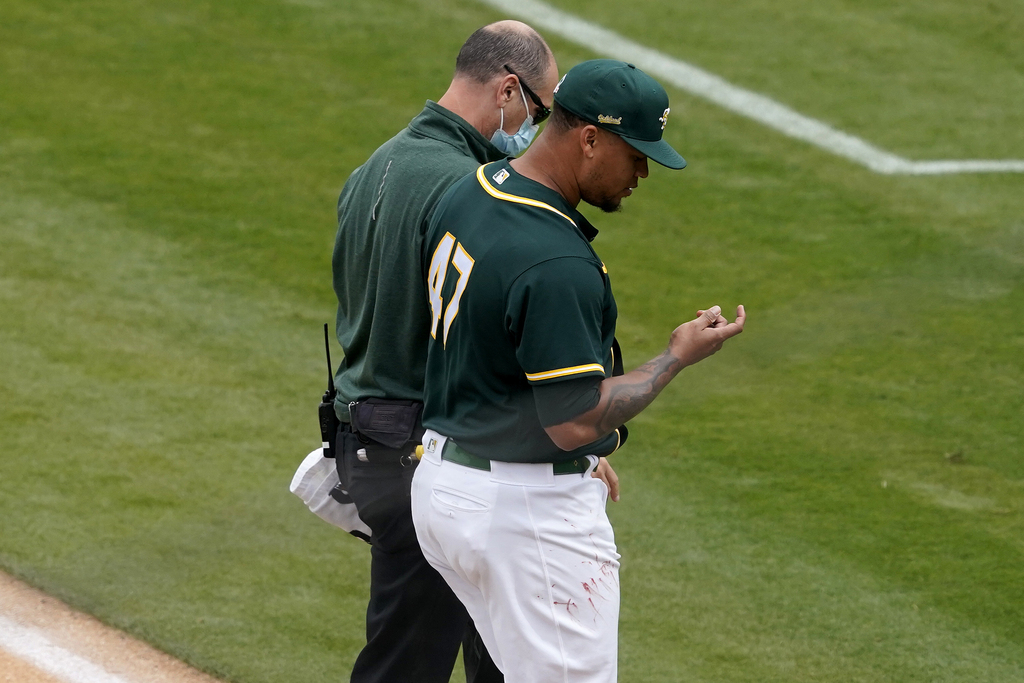 Frankie Montas had a tumultuous path back into the rotation, but the right-hander said he’s more than ready for his first start of the 2021 season.

Alate arrival to camp this spring as he dealt with COVID-19, Montas took a longer path to getting fully stretched out for the regular season. A ripped cuticle on the middle finger of his throwing hand suffered at spring’s end didn’t help, either.

But the A’s 2020 Opening Day starter is slated to make his 2021 season debut against the World Series champion Los Angeles Dodgers when they visit the Oakland Coliseum for three games starting on Monday. The A’s acquired Montas from the Dodgers in 2016 along with Grant Holmes and Jharel Cotton in exchange for Josh Reddick and Rich Hill. The A’s are Montas’ fourth stop in his baseball career; now age 28, it’s where he’s started to grow into his potential.

“I wasn’t the same pitcher I am now,” Montas said. “I was more of a thrower than a pitcher. I have learned so much here. Not just from the coaches, but from all the guys here. Back then, I had the skills to be a good pitcher but my mentality wasn’t like it is now.”

Now, he’s not phased by the opponent.

“I don’t really look at who I’m facing. At the end of the day, I’m going to go out and throw my best stuff. World champions, worst team, it doesn’t really matter,” he said. “I have to go and give 100 percent, if I put in my mind right now that these are the world champions, last thing I want is to put pressure on myself. I just want to go out there and compete and give it 100 percent.”

Montas will look this season to put together the complete, consistent season that’s eluded him yet. He showed promise in 2019, putting up a 2.70 ERA before a PED suspension had him sidelined for 80 games and the postseason. After dominant first four starts in 2020, an upper back injury threw him for a loop he couldn’t from.

He’s dealt with some nagging issues this year already, but his teammates raved about his velocity and stuff in his live bullpen last week, Melvin said. He threw 75-80 pitches then and said he is cleared to go 90 pitches on Monday. The ripped cuticle affected every pitch he threw, he said, particularly his slider.

“It’s the first time I’ve dealt with this,” Montas said Sunday morning. “I’m not the type of guy to get blisters or anything like that. I cut my nails too short and then it’s just the corner of my nail just got stuck on my finger.”

To put it simply. the A’s success could be amplified this season if Montas reaches his heigh ceiling. The A’s need stars to emerge to stand out, and Montas has the pitches to be a star.

Oakland A’s off to their worst start in 25 seasons

The 5 Best Balance Ball Chairs For The Office