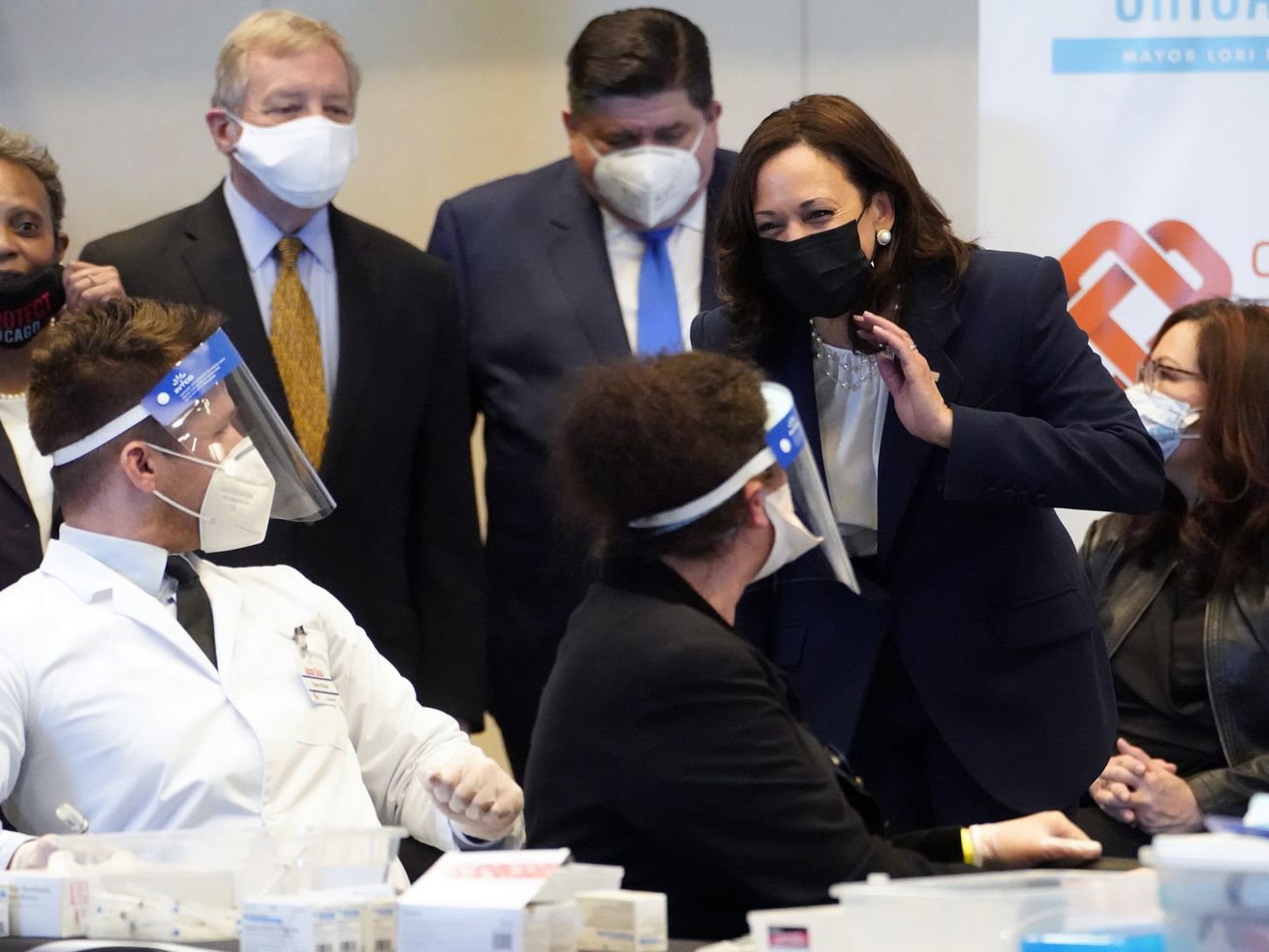 “When we open up on April 19, that doesn’t mean that very day everybody’s gonna get access to vaccine,” Mayor Lori Lightfoot said Tuesday. “When we make these announcements, there will be some lag.”

Mayor Lori Lightfoot has resisted pressure from Gov. J.B. Pritzker to open up vaccine eligibility to Chicagoans 16 and older.

But the mayor told a City Hall news conference Tuesday the city would meet the new April 19 deadline set by President Joe Biden — even as she continues to push for additional vaccine from the state and federal governments.

She said the city “obviously been thinking about this … for some time” and monitoring progress, sometimes many times a day.

“We do want to be aligned with the president’s objective, but understanding that we need more vaccine,” Lightfoot said.

“I want to be clear: When we open up on April 19, that doesn’t mean that very day everybody’s gonna get access to vaccine. … When we make these announcements, there will be some lag. We want people to go and sign up when it’s their turn. But given the supply of vaccine, it may be a few weeks or so before they get an appointment to be able to come in. So we just caution folks to be patient. And in the meantime, to be diligent.”

Why not move up wide-open eligibility to, say, Monday, along with the rest of the state?

“That’s something that we have thought about. But I don’t like to create expectations that we can’t meet,” Lightfoot said. “We feel like we’re gonna be in a better space with a vaccine supply by [April 19] and be able to meet some of this need. But we’ve been cautious the whole time. And as you know, the state’s guidelines allow local jurisdictions to be different, meaning more restrictive than the state,” the mayor said.

“We’ve got to make sure that we’re driving the vaccine to those areas that are most in need. We are upping the timeline from what we had initially anticipated. But there’s a lot of messaging and marketing that goes into that. Plus, having logistics ready to take another surge or people in the vaccine cue. There’s planning and time that has to go into this. We can’t just flip a switch. We feel comfortable with the April 19 date.”

Health Commissioner Dr. Allison Arwady said the city’s original May 1 date for opening up vaccine eligibility was based on “projections around when we thought we would likely have enough vaccine to not have as much frustration” for those with underlying health conditions and those already eligible.

“But, look. We’re seeing cases in younger people. We follow the data. We follow the science. It’s about wanting to make shifts where we’re able to. I do think it’s the right thing from …read more

COVID: A new deadly wave is building in Brazil