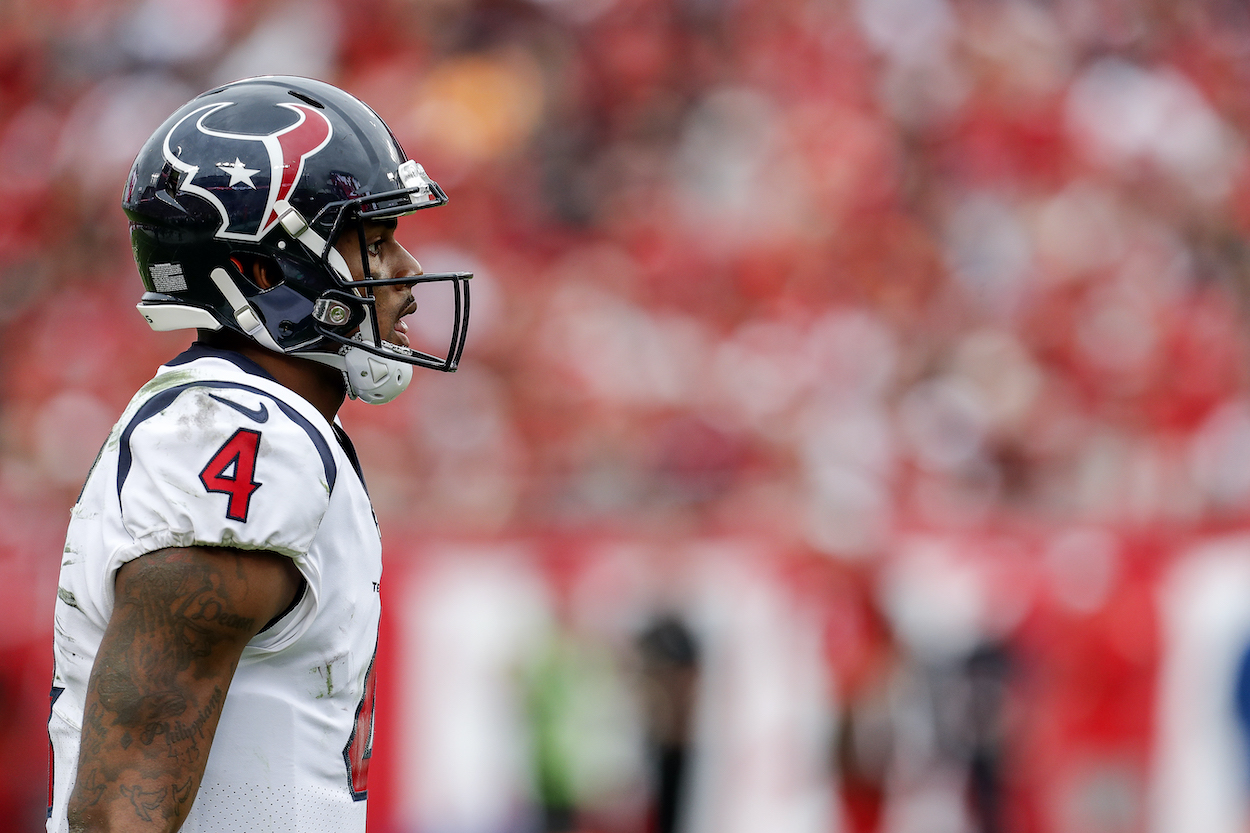 The Deshaun Watson offseason saga has taken another unexpected turn. After weeks of anonymous sexual assault accusations from numerous women, Watson‘s first accuser has finally come forward to reveal her identity. In an emotional Tuesday press conference with her attorney, Tony Buzbee, Ashley Solis detailed the night she claims Watson assaulted her during a massage therapy session at her house.

RELATED: A Single Tweet From the Houston Police Department Has Changed Everything About the Deshaun Watson Case

Deshaun Watson entered the 2021 NFL offseason thinking his future with the Houston Texans was going to be the biggest problem he’d face this summer. But that all changed last month. On March 16, a sexual assault lawsuit was filed against Watson by a woman who became known as Jane Doe 1. Six days later, another lawsuit was filed against Watson using the same Texas attorney, Tony Buzbee.

Since then, 20 additional women have come forward to accuse Watson of similar assaults involving massages, bringing the list to 22.

Watson immediately came out and denied the accusations after the first lawsuit was filed. In a Twitter statement, Watson said he’s “never treated any woman with anything other than the utmost respect” and that “this isn’t about money for me — it’s about clearing my name, and I look forward to doing that.”

“I believe that any allegation that Deshaun forced a woman to commit a sexual act is completely false,” Watson’s attorney, Rusty Hardin, said in a statement at the time.

Although 22 different women have come forward to accuse Watson of sexual assault over the last few weeks, none of them had revealed their names or faces. Until Tuesday.

Ashley Solis is the first person represented by attorney Tony Buzbee to come out publicly with her accusations against #Texans QB Deshaun Watson.

“I was afraid. I’m not afraid anymore. Deshaun Watson assaulted and harassed me.” pic.twitter.com/XhqB5WS5nL

RELATED: The Houston Texans May Finally Have a Backup Plan In Case Deshaun Watson Hits the Road

On Tuesday morning, Ashley Soris, who went by the alias Jane Doe 1 for nearly a month, revealed her identity and spoke to the media in an emotional press conference alongside Buzbee. Soris, who is a licensed massage therapist, initially claimed Watson went “too far” during a session at her home last March.

“I hope every woman or man out there who is a survivor hears my story, and I hope my story gives them courage to speak out.”

“I can no longer practice the profession I …read more

Michael Jordan Was the Envy of Many NBA Players but Who Was His Basketball Idol?

Could NASCAR Pull Out of Atlanta in Response to Georgia’s Controversial New Voting Laws?