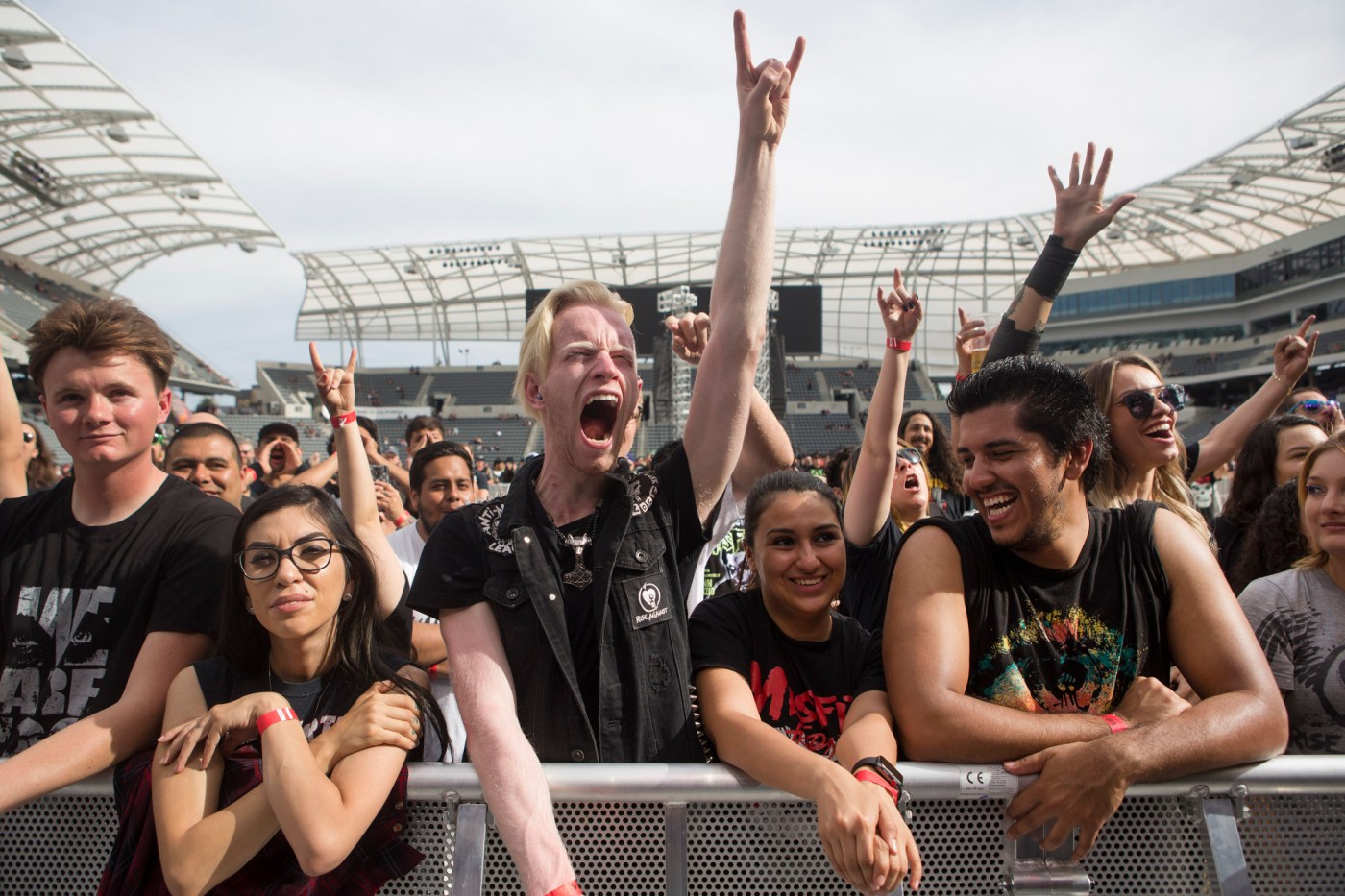 The Glass House talent buyer Jon Halperin says staff at the Pomona concert venue have been video conferencing every week or two since the pandemic closed its doors, and lately owner Paul Tollett has focused on the fall to reopen.

Despite the announcement by California officials on Tuesday that the state will do away with the color-coded COVID tiers on June 15 and allow most businesses to return to pre-pandemic operation, it’s not likely to change plans for The Glass House, Halperin says.

“We had already planned, based on what it looked like, to open in September,” he says. “I haven’t heard anything otherwise. We’re still planning on September.

“It’s not just about the (state) policy, Paul doesn’t want to open until it’s safe, when he perceives it’s safe,” he says. “I’d rather play it safe than sorry and make sure that everything is cool. Just because you can, doesn’t mean it’s OK. The Glass House is going to err on the side of caution.”

Representatives elsewhere in Southern California entertainment, including theme parks and casinos, said much the same thing: It’s too soon to tell whether already agreed-upon plans will now change.

It wasn’t clear Tuesday afternoon what the June 15 easing of restrictions might mean for some of Southern California’s tribal-owned casinos that typically put on larger concerts and comedy shows.

They have a measure of sovereignty, meaning that capacity restrictions at the state level don’t apply to them, but many have looked to the state for guidance about when they will return to putting on large events.

Michael Felci, public relations manager for Fantasy Springs Resort Casino in Indio, said that the casino was still planning to have the band Chicago as its first big musical act at its Special Events Center on Sept. 11, but it was possible that shows could be added before that.

It was also not readily apparent how the return to usual operations for all sectors and industries in the state will affect the reopening of Disneyland, Universal Studios Hollywood Studios and other California theme parks.

“Six Flags Magic Mountain will continue to operate safely in adherence to state and local guidelines and we look forward to a full reopening in the future,” Magic Mountain officials said in a statement.

Can theme parks return to full attendance capacity on June 15?

“When California fully reopens the economy, all stay-at-home orders will be lifted and the Blueprint for a Safer Economy will end,” California Department of Public Health officials said in a statement. “When we have additional details about individual sectors, we’ll let you know.”

GRAMMYS 2021: Watch Doja Cat’s ELECTRIFYING Say So Performance
One of the web’s pioneers will be wiped from the internet in May

Miss Manners: She doesn’t realize the ring she wears was stolen from me