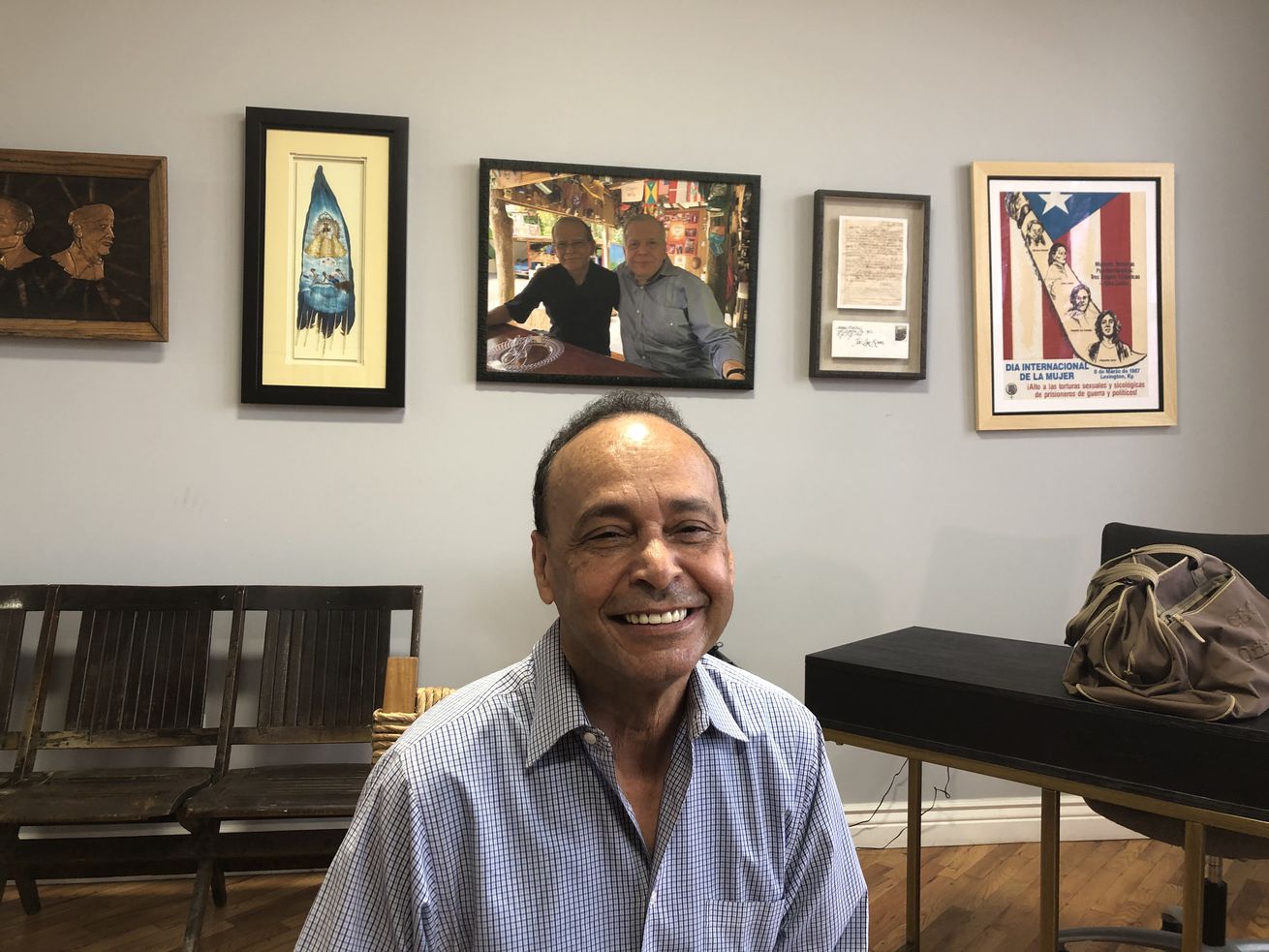 Gutierrez said being back in Chicago will also give him easier access to friends in Congress from Chicago and Milwaukee whose support will be needed to pass the Puerto Rico Self-Determination Act.

Former U.S. Rep. Luis Gutierrez is back from Puerto Rico with a new home, a new grandson on the way and a new project that returns him to his political roots.

The project (others may follow, he hints) is to campaign for passage of the Puerto Rico Self-Determination Act, an effort to slow a push by Congressional Democrats to make the U.S. island territory the 51st state, instead creating a convention process that would allow Puerto Ricans to decide their own future.

“What got me into politics was the fight for the independence of Puerto Rico,” said Gutierrez, a statehood opponent who has worked since high school to make his ancestral homeland a sovereign nation.

His current effort reunites him with his mentor from his earliest days in the local independence movement, Jose Lopez, executive director of Chicago’s Puerto Rican Cultural Center.

I met Gutierrez Wednesday at the center’s offices above Division Street, looking out on the Humboldt Park neighborhood where Chicagoans were introduced to him in 1986 during his raucous first campaign for 26th Ward alderman.

You’ll recall Gutierrez left Congress after helping Jesus “Chuy” Garcia secure his seat in 2018, but may not know he then left Chicago in April 2019 after assisting his daughter Jessica’s unsuccessful bid for 30th Ward alderman.

Gutierrez had maintained a home in Puerto Rico for years, but after retiring from Congress, decided to make it his permanent residence. He said he switched his driver’s license and voter registration, then happily donned the green and white colors of his once outcast Puerto Rican Independence Party to cast his vote in November.

But last week Gutierrez moved into a modest ranch home in Norwood Park with revised plans to split his time between here and the island, snowbird-style.

“What ward is that?” I asked, because I’ve never known a Chicago politician for whom that wasn’t a home-buying consideration, but Gutierrez just threw up his hands to indicate he had no idea.

I’ll take that as a sign Gutierrez has bigger fish to fry these days (although let the record reflect the house is in the 41st Ward.)

More importantly, the new home gives Gutierrez and his wife a better vantage point to stay engaged with one particular small fry during the six months he and his wife now plan to spend here each year.

That’s daughter Jessica’s latest plans, the expected birth of a new son to be named Luis David, or Luis II as Gutierrez called him, not to be confused with Gutierrez’ other grandson, Luis Andres, the college-bound son of his older daughter Omaira.

Second aide to Rep. Matt Gaetz quits amid federal investigation, reportedly saying he didn’t want to work at a tabloid

Apple is sending an exec to an antitrust hearing, following an awkward exchange of letters in which 2 senators accused it of refusing to attend

U.S. rowing program in Oakland under review for culture of fear and distrust as Tokyo Games draw near