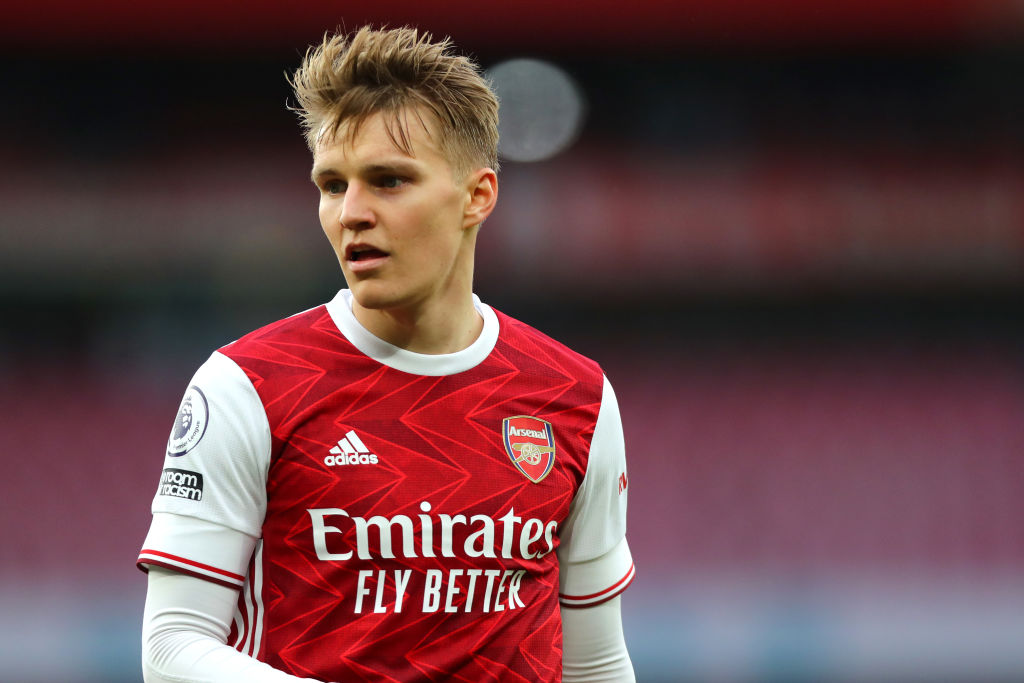 Martin Odegaard wants to return to Real Madrid next season as he’s unsure whether his Arsenal team-mates are fully behind Mikel Arteta at the Emirates.

The Norwegian has impressed since joining the Gunners on loan in January for the remainder of the season.

Arsenal are keen to keep Odegaard and though they’d rather sign him permanently, they’re open to extending his stay with a season-long loan deal.

Odegaard would not be short of suitors if Madrid did opt to sell him this summer but Eurosport claim the playmaker’s preference is to remain at the Bernabeu as he dreams of carving out a long career in the Spanish capital.

Odegaard has made just 11 appearances for Zinedine Zidane’s side since joining at the age of 15 and it’s claimed he would be ‘heartbroken’ not to get the chance to prove himself next season.

Arsenal’s chances of signing Odegaard therefore look slim, though another loan could be a happy compromise for both parties.

But beyond Odegaard’s determination to return to Madrid is his growing belief that there is disharmony at the Emirates.

The Norwegian is said to not be convinced that every member of the squad is behind Arteta and he only wants to be part of a stable project that is moving forward.

Odegaard has been impressed with Arteta’s management since moving to the Emirates and is thankful that the Spaniard has shown faith in him.

But Arsenal are fearful that even if Real wanted to offload Odegaard that they’d be priced out of the market for the Norway international, with Real said to price the playmaker at £50m.

Arsenal have therefore identified Real Betis playmaker Nabil Fekir as a viable alternative, with the La Liga club valuing the Frenchman at around £26m.

GRAMMYS 2021: Watch Doja Cat’s ELECTRIFYING Say So Performance
Bryson DeChambeau Reveals That He’s Analyzed Everything on and off the Golf Course Including His ‘Chew Rate’

10 Things in Politics: Inside Trump’s stable of lawyers

‘They think it’s a retreat!’ – Emmanuel Petit slams senior Arsenal players and calls for Mikel Arteta to axe ‘half of the dressing room’