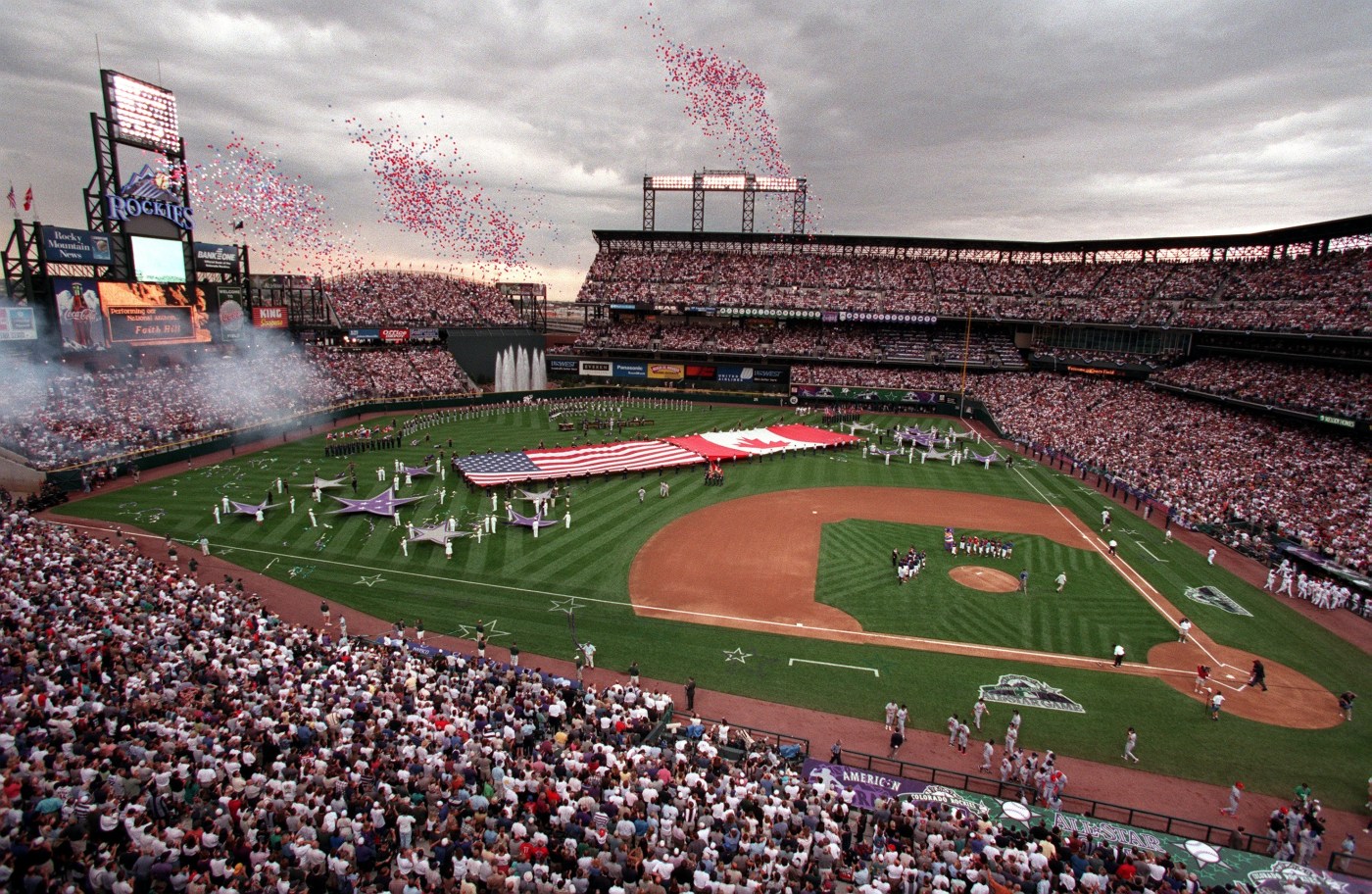 But things are much different this time around.

Colorado is trying to emerge from a global pandemic, the local economy needs a shot in the arm and the decision to move the game to Denver is awash in politics, with Major League Baseball officials having recently yanked it from Atlanta. MLB made the move in response a new Georgia voting law that raised concerns among civil rights groups that voting access for people of color would be restricted.

On Tuesday, when it was officially announced that the Rockies would host the 91st edition of the Midsummer Classic on July 13, an enthusiastic Gov. Jared Polis couldn’t resist breaking out the baseball metaphors. He said Colorado was “swinging for the fences,” adding he expects COVID-19 to be under control and players to perform before a “fully packed stadium.” (Currently, attendance is limited to 42% of capacity).

Polis and Denver Mayor Michel Hancock lobbied to land the game and touted the economic benefits of having it in Denver, which Hancock estimated would result in an economic impact north of $100 million.

“This is a big relief win for our economy here in Colorado,” Polis said. “This is a pivotal turning point, not just for our return to normalcy (from COVID) but to highlight Denver and Colorado, nationally, showing some of the most amazing talent coming to Colorado.”

MLB said it chose Denver because the city had already submitted a plan to host a future All-Star Game and could quickly gear up for this year’s game.

“This all moved very quickly,” Hancock said. “What usually takes months or a matter of years to happen, happened in a matter of days.”

Details on the cost of tickets, how fans can purchase them and what other events will coincide with the game are still being worked out, the Rockies said. The annual MLB amateur draft will be held during All-Star festivities for the first time.

Polis and Hancock both said Rockies owner Dick Monfort was “dead focused” on having the game moved from Atlanta to Denver.

“When you see the final spending, it is likely going to be a little more than $100 million,” said Richard Scharf, president and CEO of Visit Denver.

MLB doesn’t touch politics in its All-Star Game announcement, but Colorado officials do

J.K. Rowling’s ‘The Christmas Pig’ children’s story due in October

Inside Larry Ellison’s new $80 million Palm Beach mansion, which sits in a high-security gated community and has 520 feet of ocean frontage