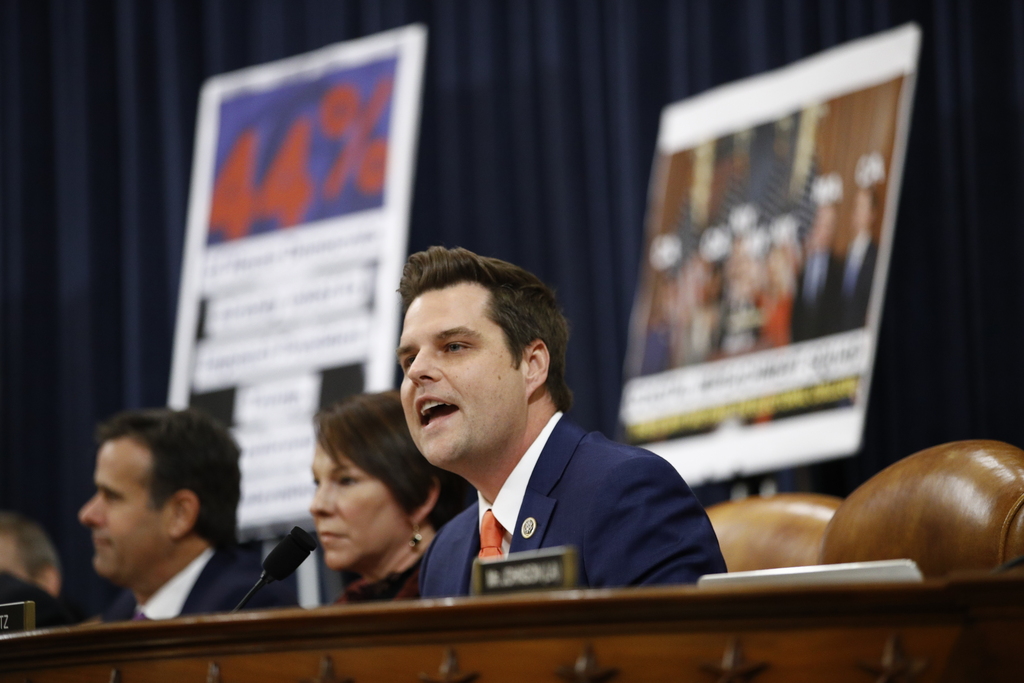 Rep. Matt Gaetz privately sought blanket preemptive pardons for himself and his congressional allies during the final weeks of Donald Trump’s presidency, two people familiar with the discussions told The New York Times.

The Florida Republican’s request was viewed by White House officials as a nonstarter, the people told the Times, and was ultimately never granted.

But the effort fuels fresh scrutiny of Gaetz after it became public that the Justice Department is investigating him over allegations involving sex trafficking and prostitution, including involving a minor, according to a person familiar with the investigation.

The Times reported Tuesday that it’s unclear what Gaetz knew of the inquiry at the time of his request, and he didn’t tell White House aides when he sought the pardons that he was under investigation.

Some Trump associates have theorized in recent days that Gaetz’s request for multiple pardons — not just for himself — was a move to disguise his own potential legal exposure, the newspaper said.

A spokesperson for Gaetz, however, denied to the Times that his pardon request was related to the Justice Department investigation.

“Entry-level political operatives have conflated a pardon call from Representative Gaetz — where he called for President Trump to pardon ‘everyone from himself, to his administration, to Joe Exotic’ — with these false and increasingly bizarre, partisan allegations against him,” the spokesperson told the outlet.

“Those comments have been on the record for some time, and President Trump even retweeted the congressman, who tweeted them out himself.”

Gaetz has denied all allegations against him since news broke that federal investigators are examining whether he had a sexual relationship with a 17-year-old girl, CNN and The New York Times have reported. The Times first disclosed the investigation into Gaetz.

A person briefed on the probe confirmed to CNN that federal authorities were investigating Gaetz as part of a broader probe into trafficking allegations against another Florida politician, an investigation that began in the closing months of the Trump-era Justice Department under Attorney General William Barr.

CNN has previously reported that investigators are examining whether Gaetz’s involvement with other young women broke federal sex-trafficking and prostitution laws, according to the person briefed on the probe and another person briefed on the matter. Investigators are also pursuing allegations from witnesses and other evidence that Gaetz may have used cash and drugs in his dealings with young women, the sources said.

Gaetz has not been charged with any crimes and the investigation is still in its early stages, according to sources familiar with the matter.

A masterpiece from Hideki Matsuyama to take Masters lead