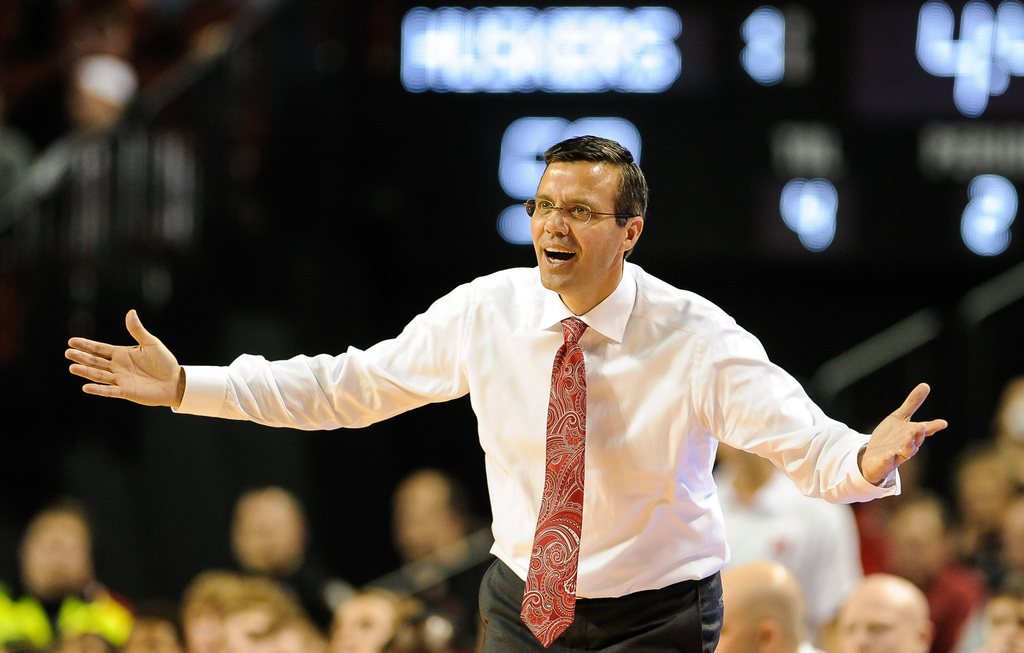 He understands the Spartans have had just one winning season since 1993-94. That they haven’t been to the NCAA Tournament since 1996, haven’t won 20 games in a season in 40 years.

Miles, who already has visited with his players via Zoom, told them, “Don’t major in history.” Not in basketball history, anyway.

SJSU athletic director Marie Tuite said she was drawn to Miles, 54, because of his ability to “build a sustainable, exciting program.”

Miles has not yet signed his contract, but it will cover five seasons. Financial terms were not released.

He coached five seasons through 2011-12 at Mountain West Conference rival Colorado State, then seven at Nebraska. Each program made it to the NCAA Tournament once under Miles’ direction.

The Spartans have gone just 19-121 against Mountain West opponents since joining the conference eight years ago. No SJSU coach in the past 60 years has compiled a career record over .500.

“I just know San Jose State is ready to win,” said Miles, who perceives great campus support from Tuite all the way up to SJSU President Mary A. Papazian, who welcomed him with a video message.

Miles said he sought the counsel of Spartans football coach Brent Brennan, who survived going 3-22 in his first two seasons and turned things around with a 12-8 combined record the past two years, including a 7-0 regular-season and MWC title last fall.

Speaking to Brennan in the audience, Miles said, “I really appreciate your guidance because when I had some tough questions I wanted to go to Marie with, I went to you first.”

Miles said his teams will play “fast enough,” and he intends to pursue recruits with high character and a love of basketball. “They need to have a thirst for winning,” he said.

He said he will explore every possible source to add talent to the program, including high school, junior college and the Division I transfer portal. Gone from this season’s roster is guard Richard Washington, whose 19.5 scoring average as a senior led the MWC.

Miles was born in tiny Doland, South Dakota, where he joked that he graduated seventh in his high school senior class of 13. Former Vice President Hubert H. Humphrey also went to high school in Doland.