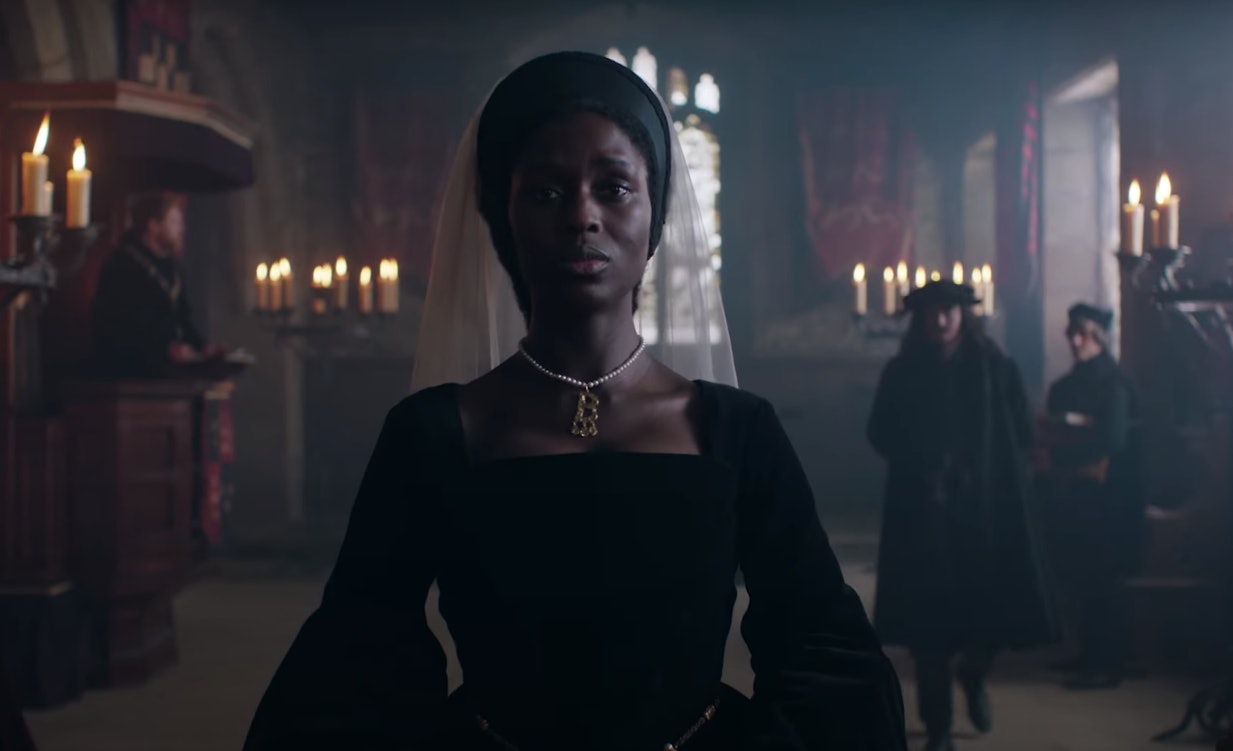 Channel 5’s upcoming three-part drama Anne Boleyn will tell the history of this royal figure far from your typical period piece. Described as a psychological thriller, Jodie Turner-Smith will star as the show’s titular character, alongside familiar faces from the likes of Bloodlands and I May Destroy You. So here’s everything you need to know about Anne Boleyn, and how to watch it.

What Is Anne Boleyn About?

According to Deadline, the C5 series will examine Boleyn’s downfall “through the prism of a psychological thriller rather than a stuffy period drama”. Written by Eve Hedderwick Turner and directed by Lynsey Miller, the story promises to be a completely new take on the history of Henry VIII and his second wife, focusing largely on securing a future for her daughter and the consequences of not being able to produce a male heir.

“We feel that history has side-lined the voice of this ambitious Queen in favour of the men who brought her down, Faye Ward and Hannah Farrell of Fable Pictures said in a statement, “Lynsey Miller’s beautiful, intimate vision will put Anne’s gaze at the heart of the piece.

Who Stars In Anne Boleyn?

Queen and Slim’s Jodie Turner-Smith stars in the title role, who wants to “tell the story of the woman who sits at the centre of the myth, and make that story an accessible one – one that’s not entirely about class, but about humanity,” as she told Elle earlier this year. “There’s an opportunity to tell a really human story and for it to feel that much more accessible because a Black woman is playing her.”

‘It was no accident’: Unsolved Mysteries case of Alonzo Brooks ruled as homicide after body is exhumed

The Trailer For Anne Boleyn

While a full trailer has yet to be released for the series, C5 have dropped a 20-second teaser for Anne Boleyn which sees Tuner-Smith walking towards the camera down a chapel aisle in a 16th-century black gown adorned with a white veil.

When Will Anne Boleyn Air?

Biden could agree to a 25% corporate tax rate as a compromise with business groups, rather than the 28% he wanted, according to a report

The 3 Best GABA Supplements For Sleep