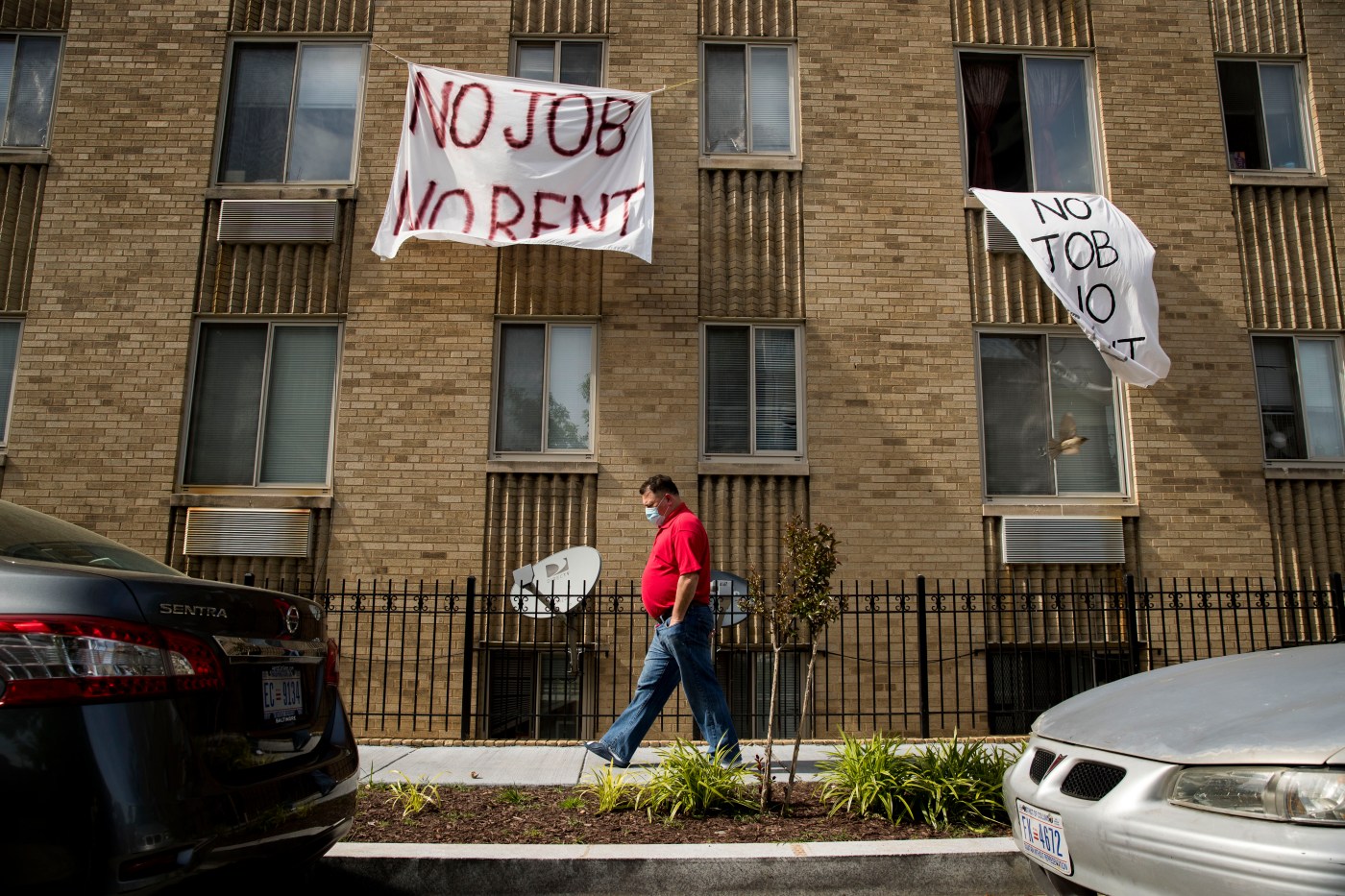 Mario, a full-time janitor, lost most of his wages in the early months of the health crisis. Harisbet, 33, a stay-at-home mom with three kids, struggled to manage home schooling, stretch the budget to feed the family, and pay the rent on their two-bedroom apartment in Bay Point.

Although Mario, 36, has gradually returned to part-time work, the family has run up $14,000 in back rent. Little but a state ban on evictions and private and public aid have kept the Morales family from losing their home.

“I don’t know how we’re going to pay all this debt without assistance,” Harisbet said through an interpreter. She’s approached a representative of her landlord, asking them to apply for aid through a new federally-funded program that would wipe out the debt. “I’m very hopeful.”

After a year of COVID-19 driving unemployment and falling wages, tenants and landlords are desperate to tap the $2.2 billion in federal aid given to California to help wipe out mounting rental debts. Nearly 78,000 Californians have applied for $363 million in relief since the state program opened March 15. State officials and contractors are processing the applications, and no funds have been released.

The patchwork of aid programs throughout the Bay Area to distribute the federal rental relief could delay or complicate getting checks to property owners and wiping out mounting debt in the poorest tenant communities, some housing advocates and landlords say.

The region is slated to receive nearly $500 million from President Biden’s American Rescue Plan. The funds go to the state but also to large cities and counties — and that’s where the complications begin. San Jose, Oakland, Fremont and San Francisco, along with the counties of Santa Clara and Alameda, have decided to set up their own assistance programs designed to reach the poorest residents.

Meanwhile, Contra Costa and San Mateo counties have opted to have the state distribute funds under broader standards. The state program is open to renters earning less than 80% of a community’s annual median income, while local plans are largely aimed at helping households making just 30% of the median income.

Tenants aren’t the only ones hurting. Landlords worry the local programs will cut out small-property owners still struggling to pay their mortgages and expenses.

Krista Gulbransen, executive director of the Berkeley Rental Housing Coalition, said some landlords have been told they are not eligible for initial funding because they don’t meet Alameda County standards: They own more than five units and have renters with incomes above 30% of the county median.

Small landlords may be unable to hold on to their buildings if aid is delayed or denied, Gulbransen said. “It’s both the tenant and the landlord being shut out,” she said.

But tenant advocates say the effort is designed to reach the neediest families. The Bay Area Equity Atlas estimates the total unpaid rent in the region reached $488 million in January.

The demand is real. In the first week of the statewide effort to distribute the federal aid, more than …read more