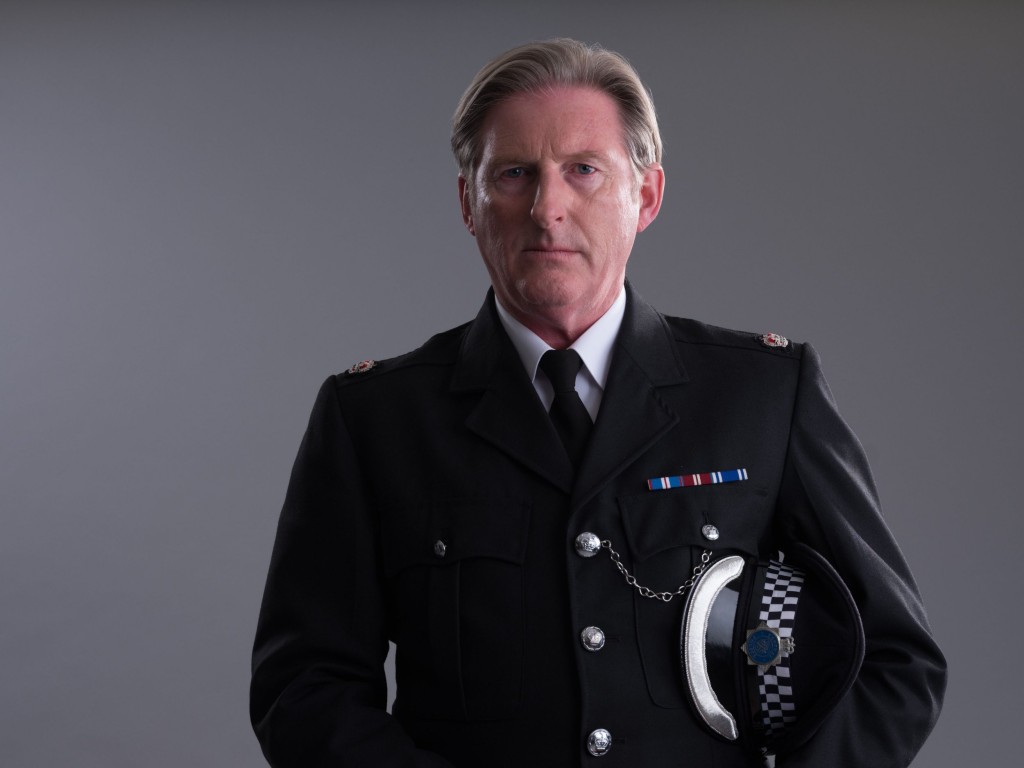 Adrian Dunbar has spoken about his Line of Duty character Superintendent Ted Hastings, saying he was ‘relieved not to be H’ – us too Adrian, us too.

The fan favourite came in for investigation in series five, with Ted suspected of being the elusive fourth bent copper involved in a widespread ring of corruption.

While hints were dropped that Ted could be the guilty man, he got away with a written warning – and no-one was happier about it than Adrian himself.

Speaking on the How To Fail podcast, the actor discussed the moment he was handed the script that confirmed Ted wasn’t H.

‘It was absolutely a relief for me, as I spent all this time playing this character as I saw him with a sense of duty and a moral core,’ he said.

‘And to have found out I was somehow an arch villain… I would have been in real difficulty accepting that.’

Ted came in for a grilling in the previous series from DCS Patricia Carmichael (Picture: BBC/World Productions Ltd)
Adrian was as relieved as anyone that Ted’s integrity was restored (Picture: Mark Thomas/REX)

Speaking about show creator Jed Mercurio’s approach, Adrian said: ‘Also Jed was aware that our audience and audiences in general, like to think that those people who are in charge do have a sense of moral fortitude and that there are people out there who will do the right thing…

‘So all that was riding on the idea that Ted could be a baddie, so I am glad he came out of it with flying colours.’

The search for H continues in series six, which has had viewers hooked since arriving in March.

Line of Duty is currently in its sixth series (Picture: BBC/World Productions)More: Line of Duty

Doctor Who: Line of Duty’s Kelly Macdonald tipped to take over as 14th Doctor

Fans are also currently fearing the worst for Terry Boyles. The character, played by Tommy Jessop, has been a feature on the show since series one, and is a vulnerable target who has been repeatedly exploited by the Organised Crime Group (OCG).

Line of Duty continues on Sunday at 9pm on BBC One.

Are some COVID-19 vaccines more effective than others?

BBC receives ‘over 100,000 complaints’ over coverage of Prince Philip’s death

Who Is Charithra Chandran?

‘Instant Family’ Is Based On A True Story & Real Kids, But With One Major Change