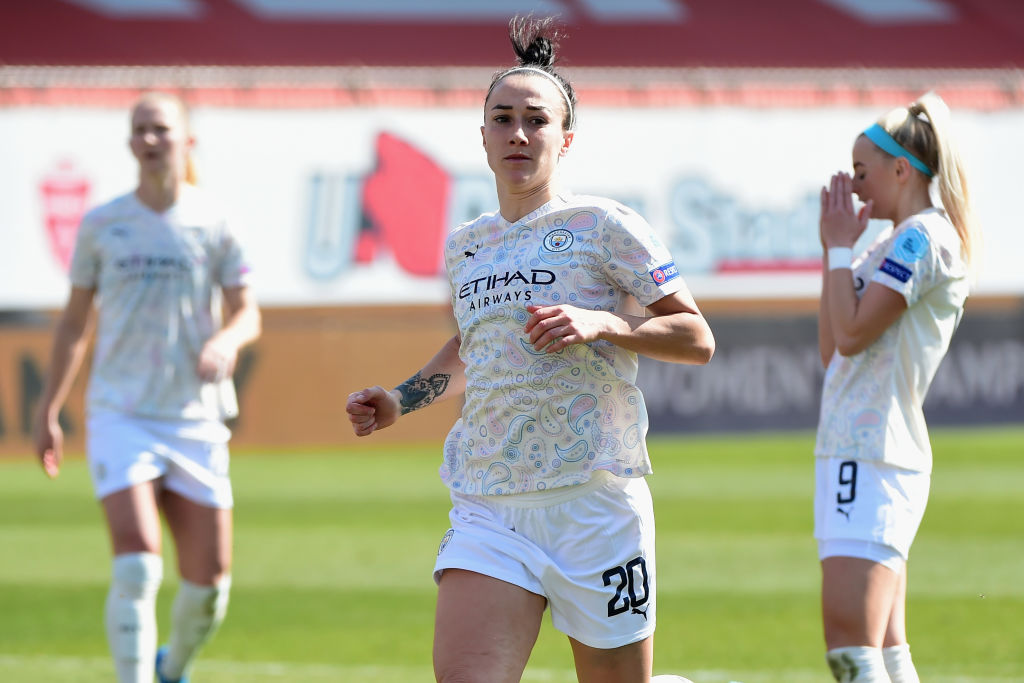 We’re such a huge sporting nation and so it was great to see grassroots sport return to our parks and playing fields last week.

After three lockdowns, in which time people young and old, boys and girls, have been unable to play their chosen sports inside and out, the easing of coronavirus measures have meant grassroots sport can return – outdoors at least.

It has been strange to see football pitches empty, golf courses and tennis courts closed and leisure centres locked for so long.

I know all too well how much British people have missed sport as my brother has been absolutely desperate to get back playing five-a-side football again to try and stay fit and healthy. Everybody knows someone who has missed sport and activity really badly.

I have been one of the lucky ones in being able to carrying on playing for Manchester City and we also have England games coming up, behind closed doors.

Lucy Bronze emerged as one of the stars of the women’s World Cup back in 2019 (Picture: Getty)

I know how fortunate I am to be able to do this and it brings it home to me on my days off just what pandemic life is like as there is nothing to do. Football has given me focus at a difficult time for the world and I am able to do what I love on a daily basis.

I feel a need to go and play football, even when I have a day off, so it must be so tough for those who have not been able to that for months and months. Without it, what have kids, for example, been doing instead? I hope they still want to do sport now it is returning.

We may lose kids from sport but I hope it goes the other way and that they are keener than ever to get out and play, and their parents are even more happy to get them out of the house and playing sport!

I know if it was me, I would probably have broken all the windows in my house and smashed all the ornaments by now, just through kicking a ball around.

We know there are challenges these days with getting children to choose sport over things like video games and I hope football, and sport in general, does not suffer for years to come because of the year we have lost.

Riz Ahmed on Sound of Metal role: ‘Deaf people taught me what listening is’

Steve Guttenberg on 80s movie reboots: ‘I would love to do Three Grandpas and a Baby’

There will be a year of coaching, training, playing and learning lost but hopefully we can waste no more time in playing catch-up and get our youngsters back out onto the playing fields again.

For adults, if you play a sport …read more

GRAMMYS 2021: Watch Doja Cat’s ELECTRIFYING Say So Performance
Shohei Ohtani Hit A Baseball To The Moon During His First Pitching Start Of The Season

Charles Barkley Joked ‘I’ve Been Fat, I’ve Been Skinny And The Clippers Have Always Sucked’

Michael Jordan Once Told a Future Rap Superstar to Forge His Signature for a Fan, Leading to an Embarrassing Mistake and an Awkward Situation