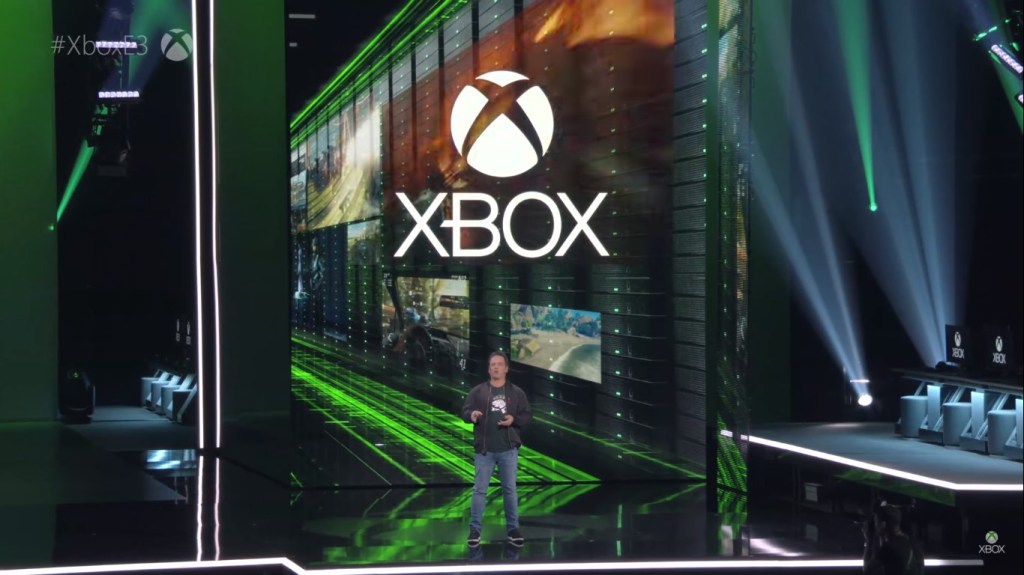 Xbox is backing E3, and so is Nintendo (pic: Microsoft)

Sony might not be attending E3 again this year, but Nintendo and Xbox seem unusually keen to see the industry ‘coming together again’.

Video game companies have a love/hate relationship with E3, the yearly trade show held in Los Angeles. On the one hand it’s one of the only video game events guaranteed to get mainstream coverage and many a game or console has had its reputation made (for better or worse) simply by its appearance at E3.

On the other hand, publishers are miserly and self-centred, and they don’t like paying for the massive stands they need or sharing the limelight with anyone else.

Paying for giant stands won’t be an issue this year, because the expo is going to be online-only, but while there’s still many that won’t be attending, as they prefer to host their own online events, Microsoft and Nintendo are sticking with E3.

As announced earlier in the week, the likes of Sony, EA, Activision Blizzard, Square Enix, Bandai Namco, and Sega will not be playing any part in E3 2021.

However, Nintendo, Xbox, Ubisoft, Take-Two Interactive, Warner Bros., Capcom, Deep Silver, and Konami will – and that’s a bigger line-up than many initially expected.

It doesn’t seem to be any kind of grudging cameo either, as both Microsoft and Nintendo has tweeted to say how important they think E3 is.

‘Glad to see the game industry coming together again in June for a digital E3’, wrote Xbox boss Phil Spencer. ‘This and other summer events are proof that our industry is strongest when we work together. Looking forward to sharing what we have in store this summer.’

Microsoft has always seemed keener on E3 than the other console manufacturers and was originally intending to take part last year, or at least hold their own event at the same time, until the coronavirus and problems with Halo Infinite made it impossible.

Glad to see the game industry coming together again in June for a digital E3. This and other summer events are proof that our industry is strongest when we work together. Looking forward toÂ sharing what we have in store this summer.

Traditionally, Nintendo has been less enthusiastic and in previous years was one of E3’s more notable detractors, spearheading attempts in 2007 to downsize the event – which ended up with it being relocated to the Santa Monica airport for two years.

That was well before Doug Bowser took over as president of Nintendo of America though and he’s tweeted a message very similar to that of Spencer:

‘It’s going to be great to get the video game industry back together with our fans this June. We’ll make the virtual format fun and engaging. Looking forward to seeing you all in June!’

‘Selena: The Series’ Part 2: Premiere Date, Cast & Everything We Know

Does Kevin End Up With Sophie Or Madison On ‘This Is Us’? One Chapter Has Closed