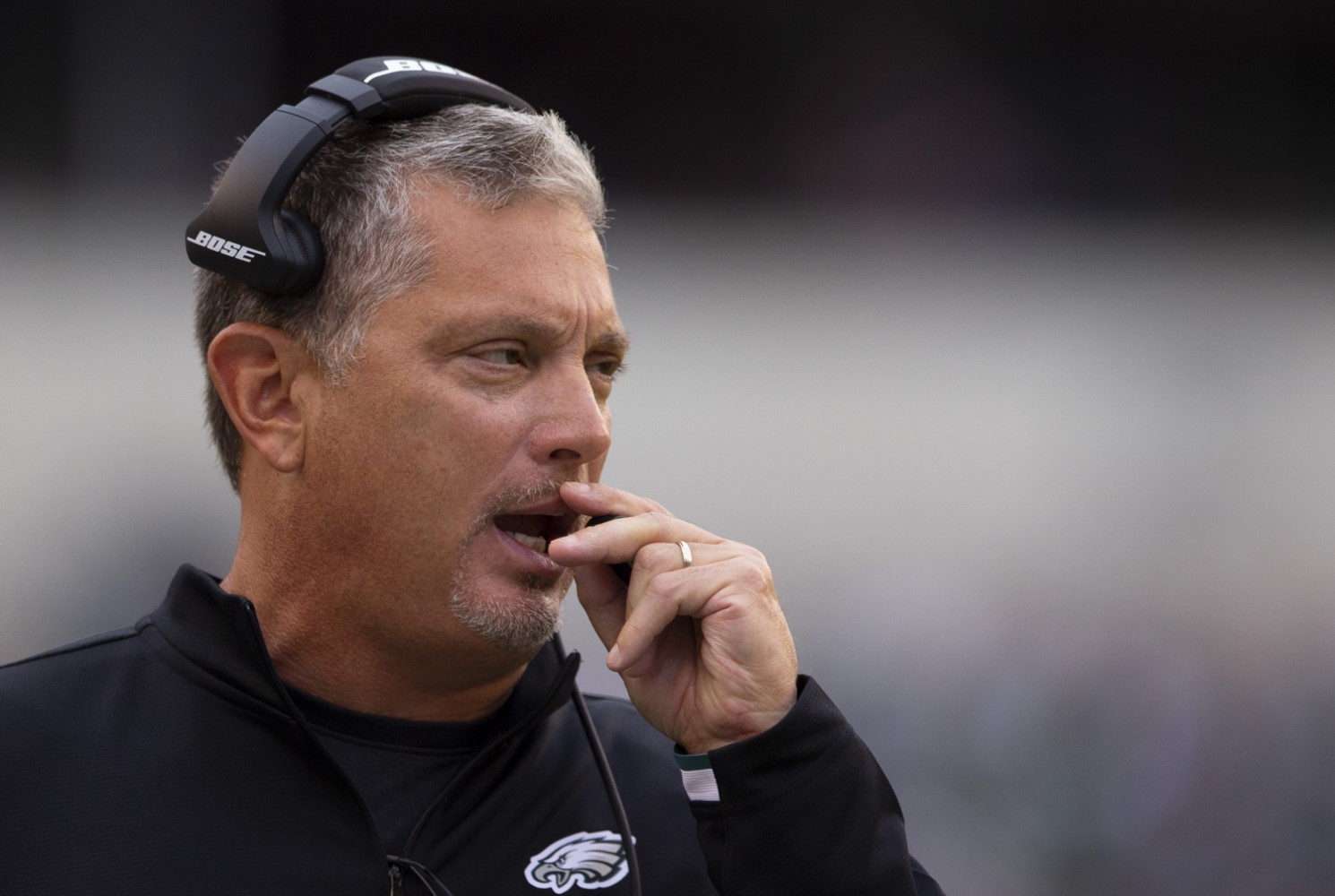 NFL coaches earn their pay by winning on Sunday, but all the intense preparation gets done the other six days a week. Tennessee Titans head coach Mike Vrabel has lightened that workload for the 2021 season by making a borderline brilliant addition to his staff.

Besides being a respected defensive coordinator in the league, Jim Schwartz brings the Titans a wealth of especially pertinent insight after the draft when the staff breaks down film of opponents on the upcoming schedule.

Jim Schwartz is joining the Tennessee Titans staff, but he isn’t bringing the defensive coordinator title that he had with the Philadelphia Eagles the past five seasons. | Al Pereira/Getty Images

The Philadelphia Eagles were a hot mess of a team in a hot mess of a division last fall and stumbled to a 4-11-1 record in the inept NFC East. The offense was the bigger issue, but the defense struggled a bit, too, and coordinator Jim Schwartz resigned after five seasons in charge on that side of the ball.

Schwartz started out in the college coaching ranks as a graduate assistant in 1989, reached the pros as a scout for the Cleveland Browns in 1993, and landed his first job as a defensive coordinator for the Tennessee Titans from 2001-08. He took the Detroit Lions to one playoff appearance in five seasons as head coach.

After being fired in Detroit, Schwartz logged an impressive season as the Buffalo Bills’ defensive coordinator, worked a year as a league consultant, and caught on with the Eagles.

On April 7, 2021, the Titans announced that Mike Vrabel has added Schwartz to his staff.

It sounds like a demotion, but it’s the right move

RELATED: Mike Vrabel Has an Idea on How to Make Derrick Henry Even More Dangerous

At 54 years old, Jim Schwartz is plenty young enough to move back up the coaching ladder in the NFL, where he is already considered a quality defensive coach.

The Detroit Lions hired him to be their head coach in 2009 after Schwartz’s decade-long stint on the staff of the Tennessee Titans. He went just 29-51 in his five seasons with the Lions, but that included marks of 2-14 and 6-10 in the first two years after inheriting an 0-16 team. The Lions made the playoffs in 2011 and then slipped to 4-12 and 7-9 before Schwartz was fired.

Less than a month after that career setback, Doug Marrone hired Schwartz to be the defensive coordinator of the Buffalo Bills, and Schwartz’s unit had a stellar season. The 2014 Bills soared from 20th to fourth in scoring defense and from 22nd to 12th in turnover differential.

They appeared on the cusp of becoming a playoff contender when Marrone used an out clause in his contract to leave. The Bills …read more

WWE Nearly Brought in O.J. Simpson For a High-Profile WrestleMania Match With Rowdy Roddy Piper Mere Months After He Was Acquitted of Murder