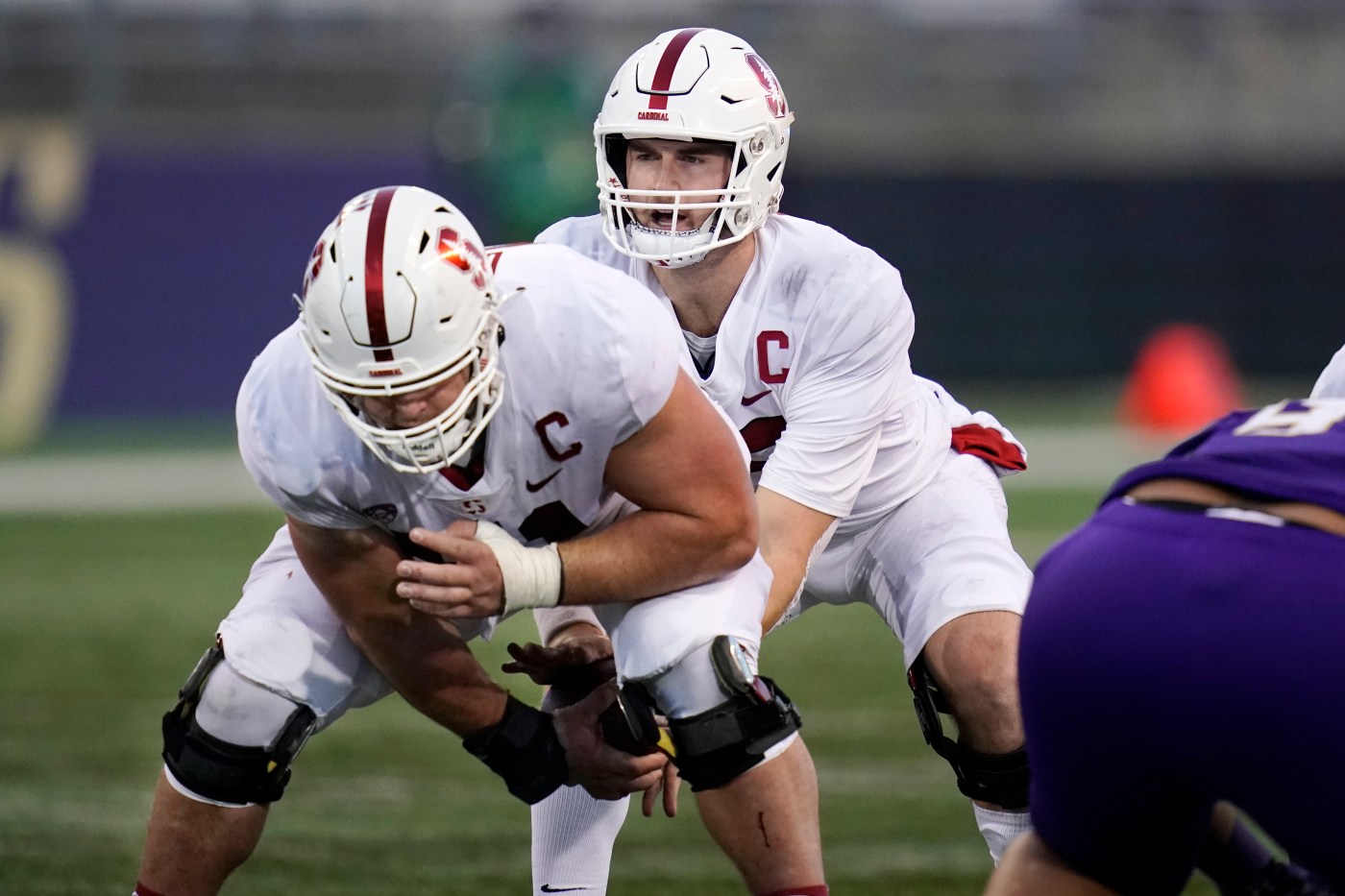 Drew Dalman has walked the same path as his father throughout his football career. On Saturday, he began forging his own way, albeit in a familiar location.

Dalman got the call from the Atlanta Falcons in the fourth round of the NFL Draft Saturday with the 114th overall pick.

His father, Chris, is now the president of the Palma School in Salinas, but his prior career as an interior offensive lineman included a sixth-round call from the 49ers in 1993.

Father and son celebrated the moment Saturday with an emotional hug.

Both Dalmans attended the Palma School for high school and Stanford for college before becoming NFL players.

Chris spent seven seasons with the Niners, including a Super Bowl XXIX championship on the star-studded 1994 team. He started for the Niners from 1996-99 before retiring and returning to Palma to teach English and coach.

His first NFL coaching job was with his son’s new team, the Falcons, where he was an assistant offensive line coach in 2005-06. Drew recalled spending time at the Falcons facility as an elementary schooler.

Hotline mailbag: Why the North is the dominant division, big seasons for Kelly and Helton, exodus to the Big 12(?) and more

Facebook pushes back advertising meetings after Oversight Board ruling

Pac-12 commissioner search: The optics are bad, but there’s still time to get it right

After his stint in Atlanta, Chris retraced his steps and became Stanford’s o-line coach and, later, the head coach and an administrator at Palma before being named the school’s president last August.

The younger Dalman was an All-Pac-12 performer for the Cardinal in his senior season, starting all six games in 2020 and captaining the team.

He was a consensus top-10 center nationally in the class of 2017, and he is the fourth Cardinal player to go in this weekend’s draft.

Five Guys has opened its first ghost kitchen, which only cooks food for delivery, as digital demand continues