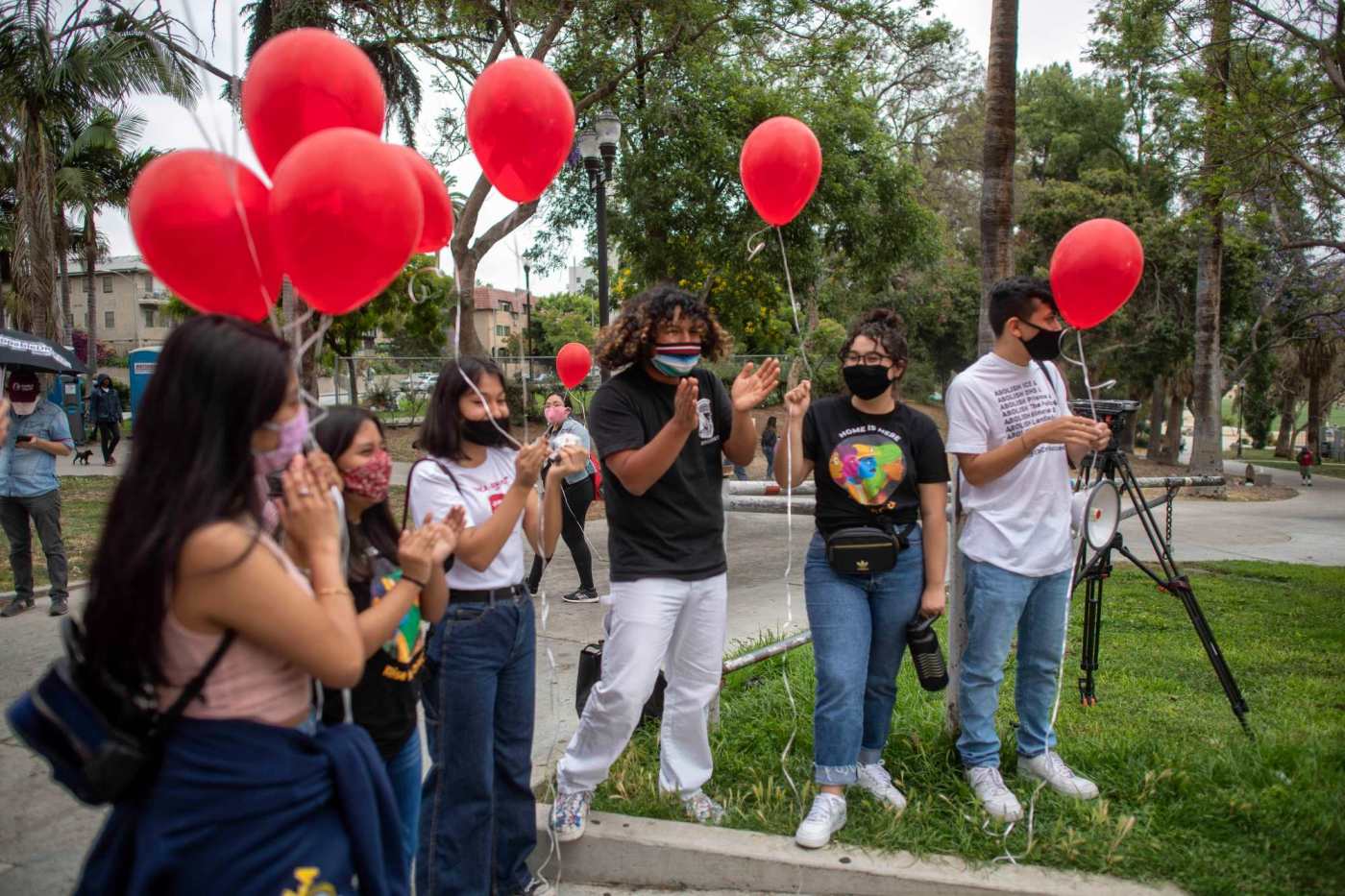 LOS ANGELES — After a one-year hiatus due to the COVID-19 pandemic, hundreds of union members, immigrant-rights advocates and community activists are expected to take part in marches today in traditional May Day processions in support of worker rights and immigrant freedom.

The Full Rights for Immigrants Coalition will start a march and car caravan at Broadway and Olympic Boulevard, ending at City Hall. Organizers said they will call for an overhaul of the U.S. immigration system.

“Through the May 1 march and car caravan in downtown Los Angeles we want to send a clear message to the Congress of the United States that our community will accept nothing less than what’s contained in the president’s U.S. Citizenship Act of 2021,” said Juan Jose Gutierrez, executive director of the One Stop Immigration and Educational Center.

Members of the Los Angeles May Day Coalition will hold a “socially distanced march” and car caravan beginning at Los Angeles State Historic Park. That march will also be in support of the U.S. Citizenship Act, along with Sen. Alex Padilla’s Citizenship for Essential Workers Act.

Centro CSO: Community Service Organization will hold a march through Boyle Heights, rallying briefly outside the Los Angeles Police Department’s Hollenbeck Station then ending at Mariachi Plaza, where another rally will be held.

Organizers said participants will call on President Joe Biden to pursue legalization for all immigrants in the country, while also denouncing fatal shootings by police and sheriff’s deputies.

Members of the Bus Riders Union and the Labor Community Strategy Center, meanwhile, will hold an International Workers Day block party, including a screening and discussion of the film “Finally Got the News,” which focuses on “the great organizing of the League of Revolutionary Black Workers and the Dodge Revolutionary Action Network.”

Rudy Giuliani Is in ‘Deep Shit’

Experts rank Amazon’s self-driving unit, Tesla, Waymo, and 12 other power players in the world of autonomy

How Many People Attend the Kentucky Derby at Churchill Downs?

In May Revise, focus on making government work effectively