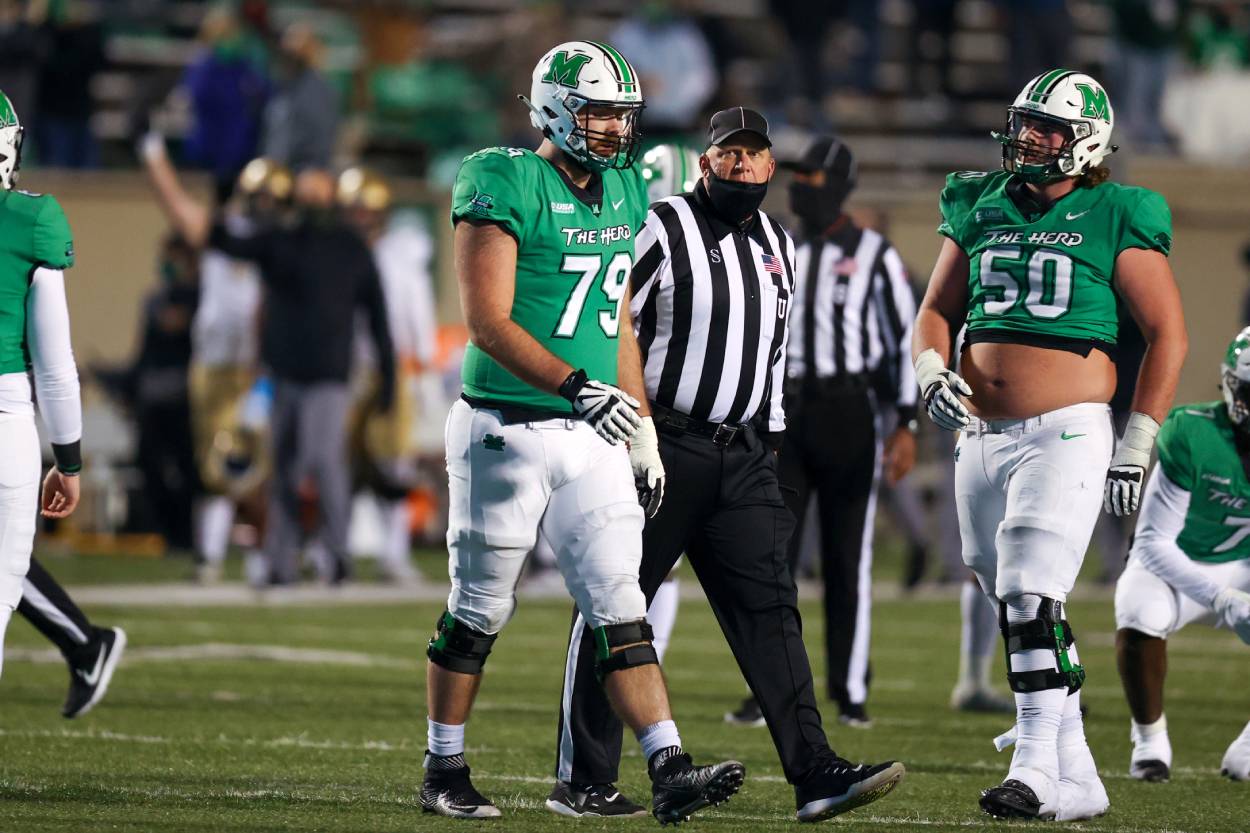 The Dallas Cowboys may already have a problem on their hands in rookie offensive lineman Josh Ball.

Ball, who completed his college career at Marshall, joins a Cowboys team in need of young offensive line prospects. However, Dallas will need to address its decision to add a prospect who had a disturbing history of dating violence allegations in college.

If ya need info on #DallasCowboys latest pick Josh Ball, here are the charges from the injunction FSU used to kick him out of the program, the victim’s statement & the petition for protection Ball had to sign!@1053thefan #NFLDraft2021 pic.twitter.com/xA9drHKJfE

After he started nine games at left tackle during the 2017 season, Ball’s college career came to a halt in May 2018. According to Sports Illustrated, the university suspended him after a judicial panel hearing. SI reported that he and his accuser had reached an agreement “in a petition for protection against dating violence” in November 2017.

The injunction mentioned 11 incidents between Ball and his accuser, three of which involved physical contact. Ball allegedly assaulted the woman after breaking her cell phone during one incident. He allegedly threw her into a closet during a separate incident because she did not return his text messages quickly enough.

The agreement mandated Ball had to stay at least 500 feet away from her residence, her parent’s residence, and her church. Ball transferred to Butler Community College (Kansas) after his suspension.

Ball went to Marshall after his stint in junior college

After a year in junior college, Ball hoped to return to the FBS level. By December 2018, he had his eyes set on a reunion at Florida State.

The Athletic reported at that time that Ball was interested in re-enrolling at FSU and joining the Seminoles in January 2019. Ball’s ex-girlfriend released a public statement in which she expressed her frustration with the school’s administration and head football coach Willie Taggart for exploring the idea of bringing him back.

Ball did not return to FSU, and he instead signed with Marshall. He spent two seasons there and started at left tackle in 2020.

The Cowboys need to address the decision to draft Ball

“The past is the past and everybody’s moved on so I don’t really have a comment on all that.” – Josh Ball with us. Bad answer to me if allegations are true. Some people don’t get to move on from that trauma so easily.

What did Utah’s governor say to draw boos from some at GOP convention? Sen. Romney also brings strong reaction