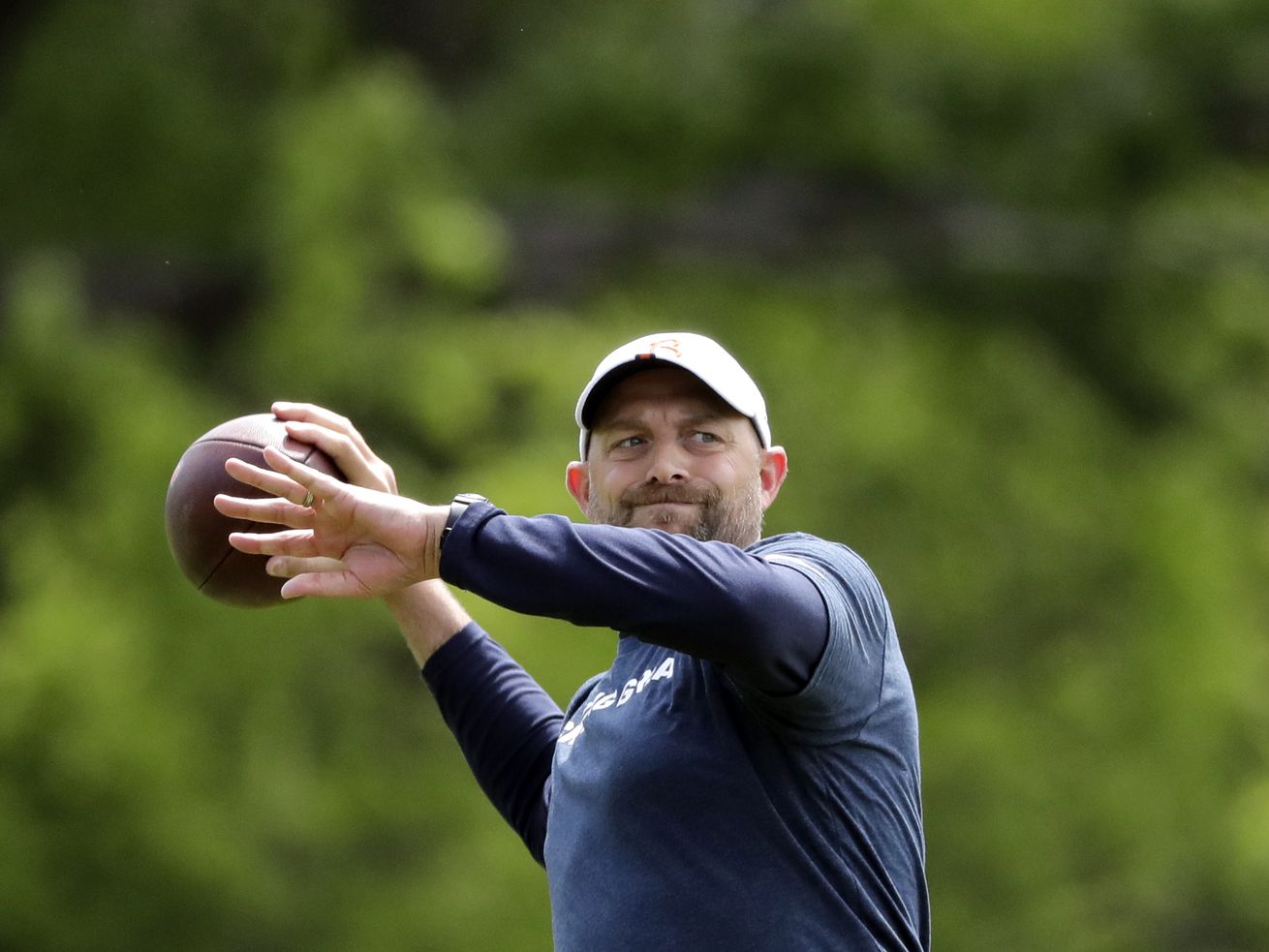 Nagy got stuck with someone else’s quarterback project in Mitch Trubisky. Now he has one that he hand selected. | AP Photos

Nagy gets another shot at a Patrick Mahomes-type prospect. After Ryan Pace delivered Fields, his future rides on Nagy’s ability to develop him.

There’s a big difference between inheriting a project and building your own from the ground up, and Bears coach Matt Nagy gets the rare gift of being able to shape rookie quarterback Justin Fields from the first moment of his NFL career.

It is an unprecedented opportunity in his career. He was with the Chiefs when they landed Patrick Mahomes, but left after one season and missed out on where that was headed. He took the job in Chicago and tried to reprogram Mitch Trubisky, but that effort was calamitous and brief.

His timing is finally perfect. After general manager Ryan Pace improbably pulled off a trade to get Fields at No. 11 overall, it’s in Nagy’s hands from here.

No more exasperation with a quarterback he didn’t choose.

No more subtly pointing out that he got stuck with someone who struggled to read coverage and didn’t fully grasp the offense.

If Nagy is truly an offensive guru and quarterback whisperer and not just benefitting from the perception of standing next to Andy Reid for years, he’ll prove it with Fields.

Nagy couldn’t have been happier as he contemplated his new reality with Trubisky long gone and Fields awaiting his guidance. He imagined what he might do with a quarterback that Ohio State coach Ryan Day referred to as “absolutely… a generational talent,” in a phone call last year.

Fields’ skillset is unlikely any Nagy has coached, and there’s good cause to believe he can pump voltage into the Bears’ lifeless offense. Nagy was supposed to do that, by the way, but the Bears scored the seventh-fewest points in the NFL over the past two seasons.

He has the speed of a wide receiver. He was the most dominant college quarterback other than Trevor Lawrence the last two seasons. And his deep ball is so precise that Nagy was ready to throw out the well-worn “touchdown-to-checkdown” mantra he’s been pounding for years.

“Maybe with him we’ve gotta go [with a] touchdown-to-touchdown mentality — get some of that,” Nagy gushed. “That’s where that needs to go with all of our quarterbacks, but you’re hitting to the point of what one of his strengths is.”

The Bears plan on deferring the thrill of Fields taking over the city with his rocket arm until 2022, though. Nagy saw how the Chiefs gave Mahomes a red-shirt season behind Alex Smith and hopes to do the same with Fields and Andy Dalton.

Here’s hoping that plan changes, because it’ll be hard for anyone in Chicago to sit through another parade of punts this season.

Sure, it’d be ideal if Dalton could carry the Bears to the playoffs while Fields watches and learns, but no one can guarantee Dalton is still an NFL starter at this point in his career. While …read more

Taste-Off: The best corn tortillas in Bay Area markets — and the cardboard-iest

Archegos may wind down as banks seek to recoup billions in losses, report says