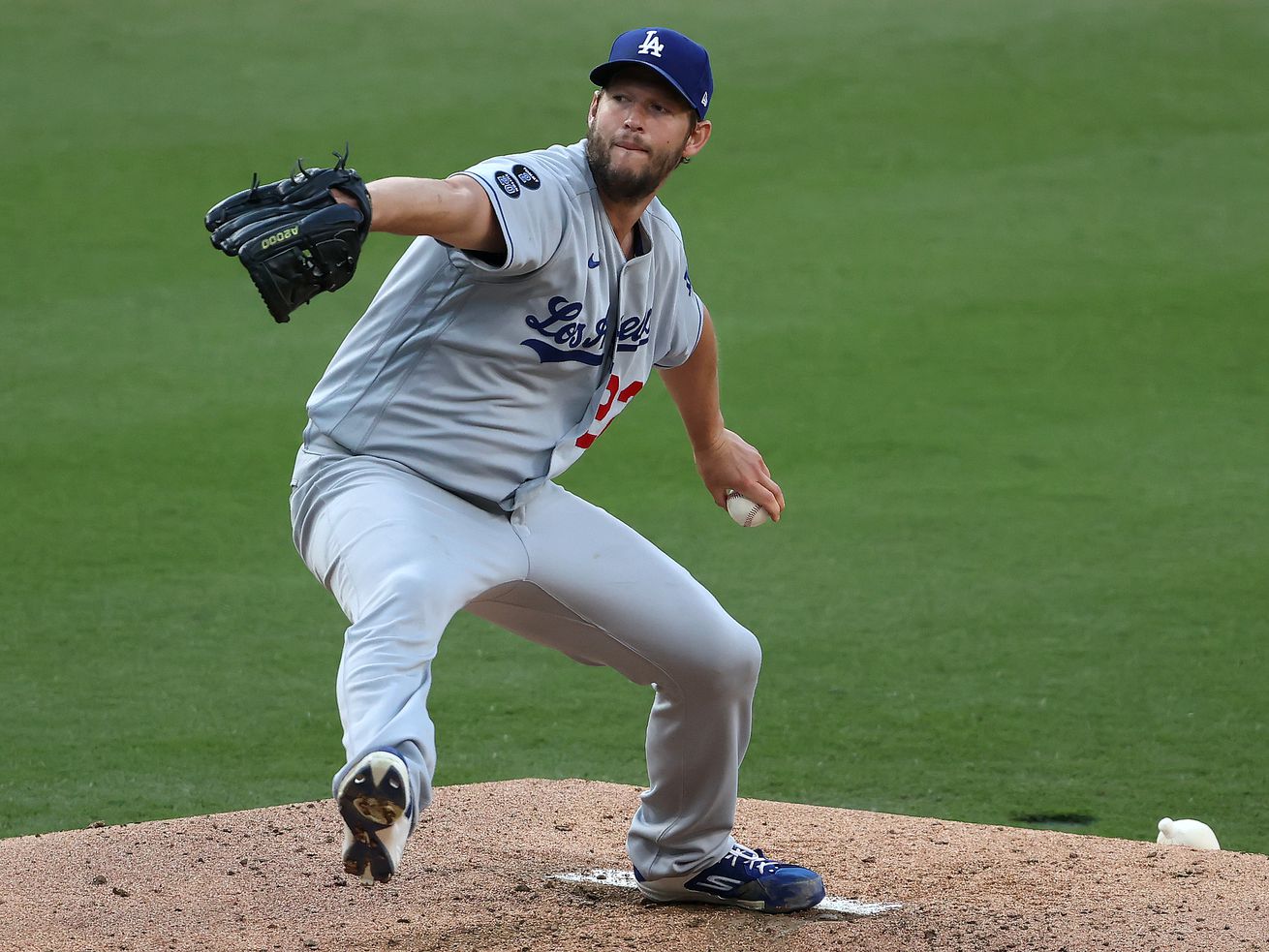 Kershaw and the Dodgers are coming for the Cubs. | Photo by Sean M. Haffey/Getty Images

The best trio of starters in baseball? Walker Buehler, Clayton Kershaw and Trevor Bauer, whom the Cubs will get in that order.

So much for the Cubs catching the Dodgers at the right time.

Two in a game? It was only the third time in Dodgers history. Two in consecutive innings? That was a first. No major league team had pulled that off since 1984, when Bill Buckner and Tony Armas hit first- and second-inning grannies off Detroit’s Jack Morris, a future Hall of Famer.

It’s hard to imagine anything that could get a struggling offense going better than that — thanks for nothing, Bettinger — but enough about the Dodgers’ hitters. It’s their trio of aces whose mouths must be watering heading into a three-game series that starts Monday at Wrigley Field.

The Cubs’ bats finally started to heat up on a losing road trip through Atlanta and Cincinnati, but this is still a deeply flawed lineup that never seems incapable of putting nine innings of goose eggs on the scoreboard. And now come — in frightening succession — Walker Buehler, Clayton Kershaw and 2020 National League Cy Young winner Trevor Bauer.

It’s the best trio of starters in baseball, and it really isn’t all that close. No offense to — lots of luck, fellas — Kyle Hendricks, Adbert Alzolay and Jake Arrieta, the Cubs starters who will oppose them. Here’s what’s happening:

The regular telecast is on ESPN, but this version promises to “integrate elements from an original Marvel story and iconic characters including Iron Man, Black Panther, Captain Marvel, Captain America, Black Widow and Doctor Strange throughout the live game.” Look, don’t blame the messenger.

Photo by Justin Berl/Getty Images
Hendricks is off to an awful start.

Hendricks — 1-3 with a 7.54 ERA — is having a “perfect storm” of problems on the mound, as he put it after his last start. Perhaps he should spend his afternoon watching Game 6 of the 2016 NLCS.

Are we still doing that thing where we pretend the Bulls have a chance to make it into a postseason play-in game?

As if romping to a Premier League title wasn’t enough for City, which won 2-1 in Paris in the first leg of this semifinal matchup.

Ten homers flew out of Great American Ball Park in Sunday’s Cubs-Reds game. The Sox aren’t on much of a long-ball pace yet themselves, …read more