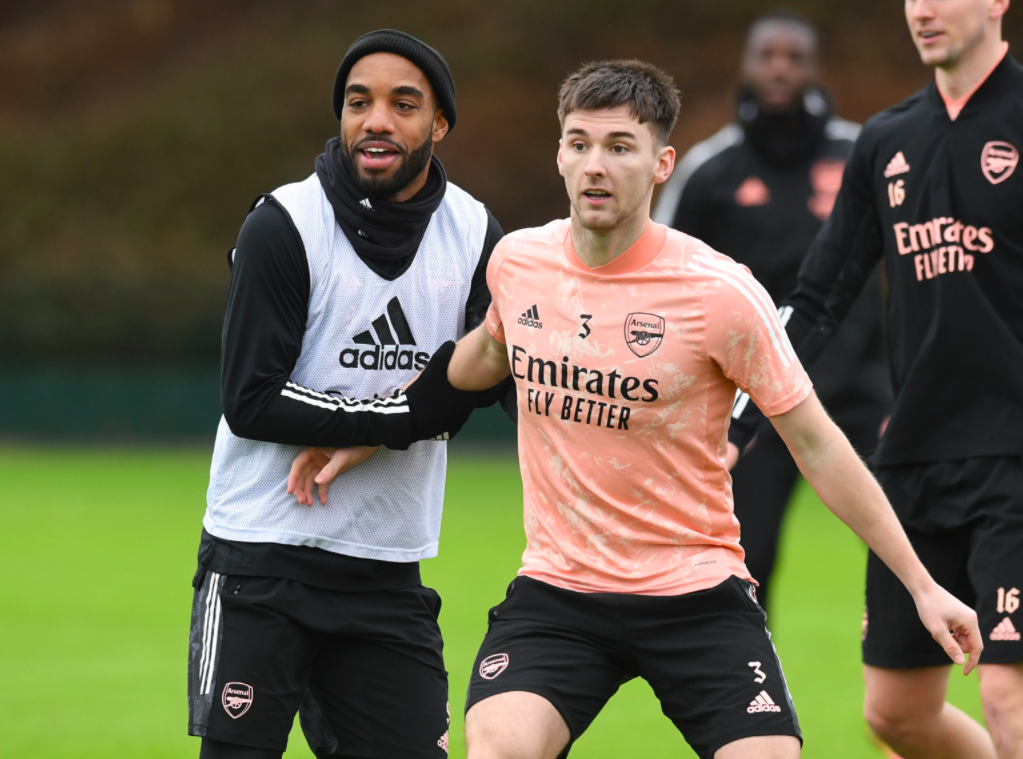 Alexandre Lacazette and Kieran Tierney have both been out with injuries (Picture: Getty)

Arsenal have confirmed Alexandre Lacazette is unavailable for their clash with Newcastle due to a hamstring problem but Kieran Tierney and David Luiz could return at St James’ Park.

Lacazette limped off the pitch during Arsenal’s 1-1 draw at home to Fulham last month and was not considered for selection on Thursday night as the north London club fell to a 2-1 defeat at Villarreal in their Europa League semi-final first leg.

And while the France striker has stepped up his recovery and begun training again, he will not feature in the northeast this afternoon. However, there is a chance he could play a part in Arsenal’s second leg with Villarreal.

Tierney, meanwhile, has missed the Gunners’ last six games with a knee injury and could come in at left-back to replace Granit Xhaka, who badly struggled at the Estadio de la Ceramica in midweek.

Centre-back Luiz – who has also been out with a knee issue – may join the Scot in Mikel Arteta’s defence.

The Brazilian’s last appearance came back in mid-March when Arsenal came from three goals down to draw 3-3 away to London rivals West Ham.

‘Alex is responding well to treatment and is starting to integrate back into full training. Alex will be unavailable for Sunday’s match, but will continue to work hard with the aim of being in contention for Thursday’s match against Villarreal.’

Joel Embiid on Opponents Using Small-Ball Lineups Against 76ers: Bring It On

‘Kieran continues to make good progress and is now integrating back into full training. Kieran will be assessed regarding his availability for Sunday’s match.’

‘David is now back in full training and is in contention to be involved in Sunday’s match.’

Arsenal have won just one of their last five matches in the Premier League find themselves languishing down in 11th place ahead of this weekend’s encounter with Newcastle.

A frustrated Arteta believes a combination of inconsistency, silly mistakes and failing to ‘kill games off’ go some way to explaining his side’s lowly position.

‘Consistency in results in the Premier League is very different to the Europa League, where we have been very consistent,’ the Arsenal head coach said at his pre-match press conference.

‘But in the league we haven’t for many different reasons.

‘One of those is the line-up, another is the amount of errors we have produced in key moments, another is the lack of effectiveness in the final third I would say, to kill games off.

‘Another is because the opponent has sometimes been better.’

SpaceX has safely landed 4 astronauts in the ocean for NASA, completing the US’s longest human spaceflight

What’s With Sean McVay’s Creepy Picture on His Draft-Room Wall?