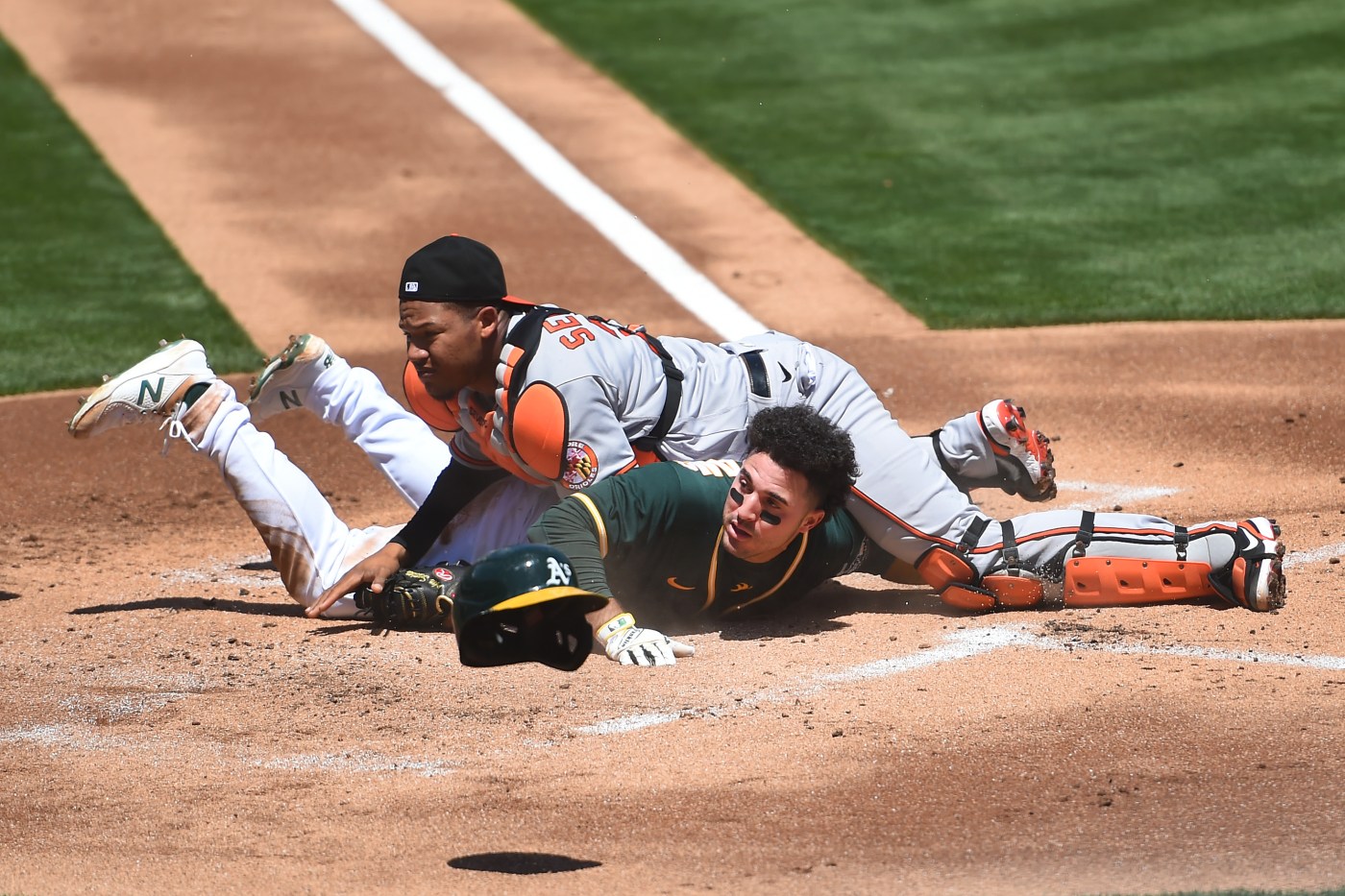 Matt Olson might have had only one good eye, but he was seeing the ball clearly in his anticipated return to the lineup.

Olson suffered a gruesome eye injury in the batting cages when a ball ricocheted off the L-screen off his eye on Thursday that kept him out of the lineup for the A’s last three games. He sported a black eye in his return and, along with Ramón Laureano, ignited a flat A’s offense to a 7-5 win on Sunday to avoid a sweep at Baltimore’s hands.

Olson went 3-for-5 with a shift-beating single in his first at-bat that, with some Orioles errors, scored Ramón Laureano from first. Olson’s two-run home run gave the A’s a 4-2 lead in the third inning. Olson doubled in his third at-bat in a fruitless fifth inning.

Mancini gave the Orioles the lead in the seventh with a two-out RBI single. A costly error from Elvis Andrus on a potential double-play ball extended the inning early. It was the first run scored on reliever Jake Diekman’s watch in eight games, though the run was unearned.

While the A’s, particularly Olson, found some success against Orioles left-handed starter Bruce Zimmermann, had trouble cracking a bullpen that entered the series finale with a fifth-ranked 2.89 ERA. The A’s found some light in the seventh when Matt Chapman turned on the jets to score from second on Jed Lowrie’s infield single, tying the game 5-5.

Oakland A’s threaten in the ninth, but lose in Mike Fiers’ 2021 debut

Breaking records: Mark Canha was hit by a pitch for a 60th time in his A’s career, this one courtesy of Orioles starter Zimmermann. Hit-by-pitch No. …read more

Beijing residents can take driverless taxis – for just £3.30 per ride

Is it time to bring back mass-participation running races?