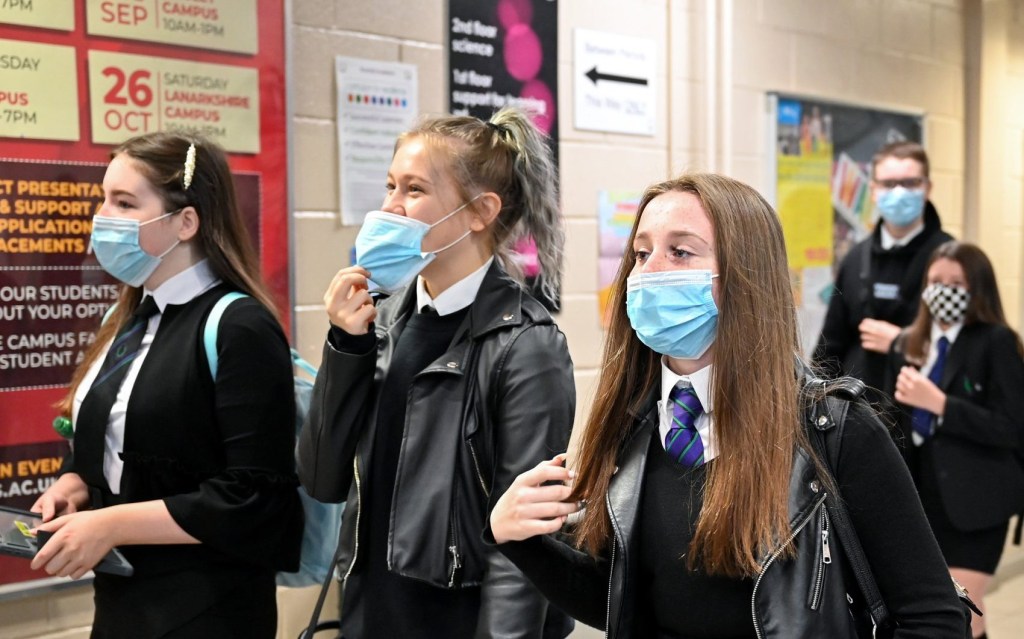 Health officials are reportedly planning to give Pfizer jabs to children over 12 when the new school year starts (Picture: Getty)

Secondary school pupils will be offered Covid jabs from September under plans being developed by the NHS, reports say.

The plans include a measure to offer a single dose of the Pfizer jab to children aged 12 and older when the new school year starts, according to The Sunday Times.

Pfizer has said trials of its vaccine in children aged 12 to 15 showed 100% efficacy and a strong immune response.

The Times said it had confirmed the plans with Government and NHS sources, and reports they are contingent on advice from the Joint Committee on Vaccination and Immunisation (JCVI) due this summer.

Committee member Professor Adam Finn, from the University of Bristol, told the newspaper: ‘We need to be in a position to immunise children, particularly teenagers, promptly and efficiently if we need to.

‘It is extremely important that education in the next academic year is not disrupted in any way,’ the paediatrician said.

But he added: ‘We should only be doing vaccine programmes when we need to do them.’

While children are unlikely to fall ill with Covid-19, they do play a role in transmitting the virus.

Prof Finn said on April 24 that children had been frustratingly ‘left behind’ in the Covid-19 vaccine programme, adding he wanted to ‘get on’ and conduct the necessary trials in children.

A former chief scientific adviser to the Government warned, however, the potential for coronavirus cases to ‘reignite’ remained as many adults were still unvaccinated.

Professor Sir Mark Walport, a member of the Scientific Advisory Group for Emergencies (Sage), told BBC Radio 4’s Today programme on Saturday the country was on cusp of being able to loosen more restrictions.

But he warned that, with around 35% of adults not yet vaccinated, there was the potential for the ‘spark to reignite’ and cases to rise again.

New data revealed that up to April 30, nearly 15 million people in the UK had received a second dose of coronavirus vaccine.

Meanwhile, the Department of Health and Social Care (DHSC) announced surge testing would be deployed across parts of east London after several cases of the South African and Brazilian variants were detected.

It said NHS test and Trace was working with Tower Hamlets Council to provide additional testing and genomic sequencing in targeted areas within the E1 postcode from Sunday.