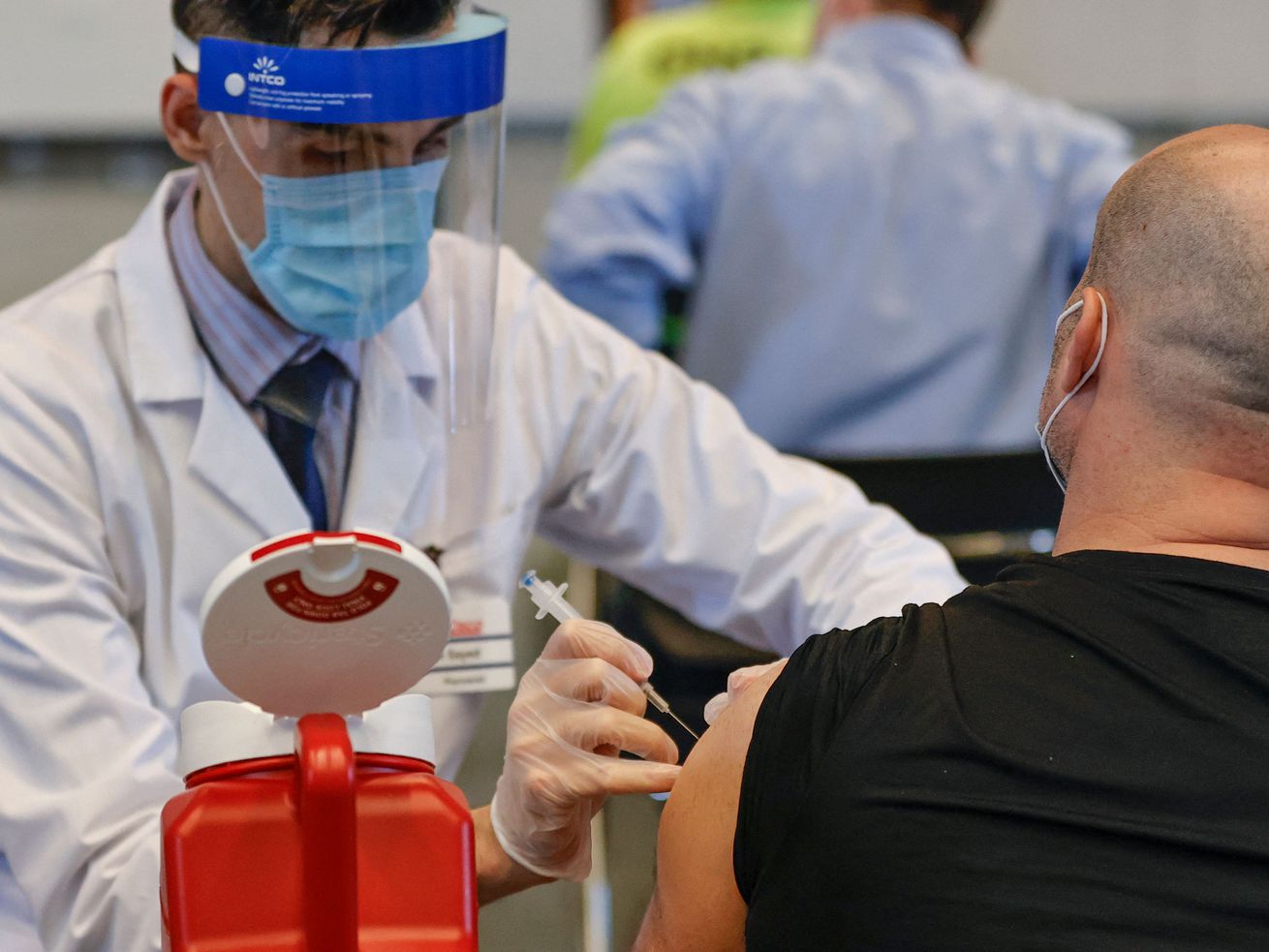 State health officials reported that Illinois doled out only 44,678 vaccines Saturday, the fewest shots administered in a single day since April 5. | Kamil Drzaczynski/Getty

Illinois’ pandemic death toll surpassed 22,000 on Sunday as the statewide vaccination rate dipped for the 11th consecutive day, dropping to the lowest it’s been in about two months.

Ten of Sunday’s deaths were reported in the Chicago area and included a Cook County man in his 20s. That brings the pandemic death toll to 22,019.

Meanwhile, Sunday’s new cases, which raises the pandemic’s case count to 1,339,728, were found among the 73,159 tests processed by the Illinois Department of Public Health in the last day.

The statewide seven-day positivity rate has remained steady over the last week, fluctuating only .1% in either direction. On Sunday, that figure, which experts use to gauge how rapidly the virus is spreading, checked in at 3.4%.

With the statewide infection rate staying fairly low, officials have turned their attention to the decline in vaccination rate in the state.

Illinois Public Health Director Dr. Ngozi Ezike released a video Saturday urging people not only to get vaccinated but to encourage their peers to seek out shots, too, as the vaccine demand has declined after the initial dash to get inoculated.

State health officials reported that Illinois doled out only 44,678 vaccines Saturday, the fewest shots administered in a single day since April 5.

While it’s not unusual to see a decline in vaccine count over the weekend, Saturday’s vaccine count lowered the state’s seven-day rolling average of COVID-19 vaccine doses administered per day to 83,239, the lowest that figure has been since March 4.

In total, 9,393,137 vaccines have been administered since mid-January. Of that, more than 4.1 million people in Illinois — or about 32.3% of the state’s population — are fully vaccinated, meaning two weeks removed from their final dose, according to the Illinois Department of Public Health’s website.

All Illinois and Chicago residents 16 or older are eligible for the vaccine. For help finding a vaccination appointment in Chicago, visit zocdoc.com or call (312) 746-4835.

GOP Sen. Roger Marshall, who voted to overturn the 2020 presidential election, says he’s ‘so ready to move on’

When J. Paul Getty Refused to Pay His Grandson’s Ransom

32 thoughtful corporate gifts your coworkers and employees will love