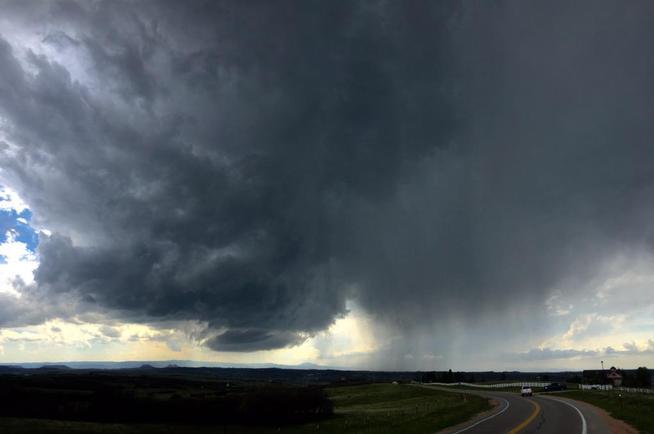 The sunny skies and warm temperatures were fun when they were in the Denver area, but now rain, hail and thunderstorms are on the way.

The National Weather Service in Boulder forecasts a three-day stretch of storms and lower temperatures starting Sunday. An upper level trough moving into Colorado is to blame for the rain that is coming into the Front Range, with snow in parts of the mountains. In Denver, expect severe showers and thunderstorms after noon with a high near 70 degrees. The chance for rain is 80%. Some areas may experience hail with a 1-inch diameter, NWS said.

The storms will continue Sunday night, and the low will be much cooler than in recent days. The temperature will drop to 40 degrees.

While Xcel Energy’s bill for winter storm was nearly $1B, its first-quarter earnings were up

WATCH: Colorado’s first tornado of 2021 touches down near Kit Carson

Denver weather: Thunderstorms and heavy mountain snow with some in the metro begin Tuesday

Monday will be even colder with the high being nearly 25 degrees cooler than Sunday. Storms will still be in the forecast for most of the day, but the trough will start to weaken. The chance for rain is 90%. The high will only reach 47 degrees.

The storms will likely clear out Monday night, but clouds and calm winds will stick around through the night. The low will be 36 degrees.

Temperatures will warm up by Tuesday, but rain is still possible at 30% in the afternoon. Otherwise, the sun will make a slight return with a high of 62 degrees.