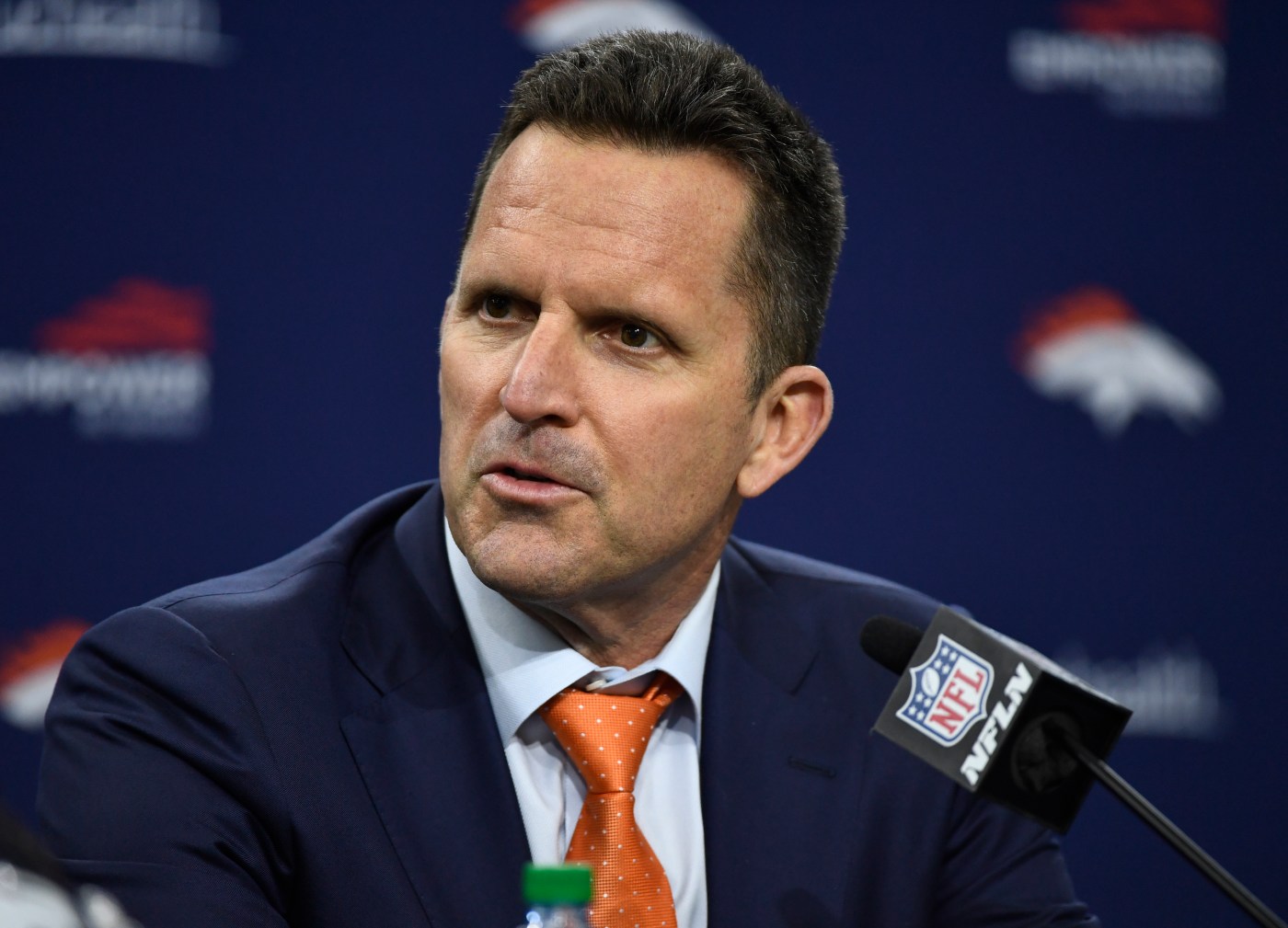 It’s spring and there’s bromance in the air. The story of this draft is the lovey-dovey realtionship growing between new general manager George Paton and coach Vic Fangio. You’ll have to explain the reasons to me. I don’t get it. But from his very first pick of cornerback Pat Surtain, it seemed as if Paton was bent on making Fangio happy, giving the alleged defensive wizard every chance to build a top five D in the league. My favorite pick was running back Javonte Williams in the second round. Let’s hope disgruntled Green Bay quarerback Aaron Rodgers liked it, as well.

Grade: B
The Broncos looked pretty lopsided last April. Guess what? They’re still lopsided. Only this spring, new general manager George Paton stockpiled a slew of talent in the secondary, ensuring that the backfield horror show of last autumn won’t darken coach Vic Fangio’s door again. There’s quality dudes at safety, cornerback, linebacker, tailback, guard and center (All hail “The Gut!”). Alas, left tackle and right tackle are a major injury away from being serious trouble spots — again. And unless there’s a significant upgrade in either performance or personnel — lookin’ at you, Aaron Rodgers — at quarterback, this defense, deep as it is, is going to have to jump from solid to historically superlative in order to break the Broncos out of this five-year, non-playoff funk.

Paton finished a good overall draft by beefing up the team’s depth and special teams. Caden Sterns and Jamar Johnson will immediately raise the play of Tom McMahon’s special teams’ units, and the addition of Seth Williams to the Broncos’ wideout corps makes it one of the deeper units in the NFL. With an eye toward 2022, and an approach that consistently had the Broncos taking the best player available — not forcing things — Paton and Broncos Country can feel good about this draft class. That’s despite the fact that Aaron Rodgers, for all his desire to play somewhere else, is still in Green Bay.

The emphasis on defense in free agency was replicated by the emphasis on defense in the draft via seven of the 10 picks. Despite my disagreement about passing on quarterback Justin Fields, it is guaranteed cornerback Pat Surtain II will have a bigger rookie-year impact. My favorite pick was running back Javonte Williams in a second-round trade-up — he will lead the team in rushing yards this year. Special teams was emphasized from the third round on, which makes assistant coach Tom McMahon a big winner this weekend. It was interesting that the Broncos didn’t add offensive tackle depth (Calvin Anderson remains the top backup) or a blocking tight end (look for an addition later). All in all, general manager George Paton’s first draft provided a good mix of instant contributors and developmental prospects.

State Rep. John Raney tests positive for coronavirus after being inside Capitol this week