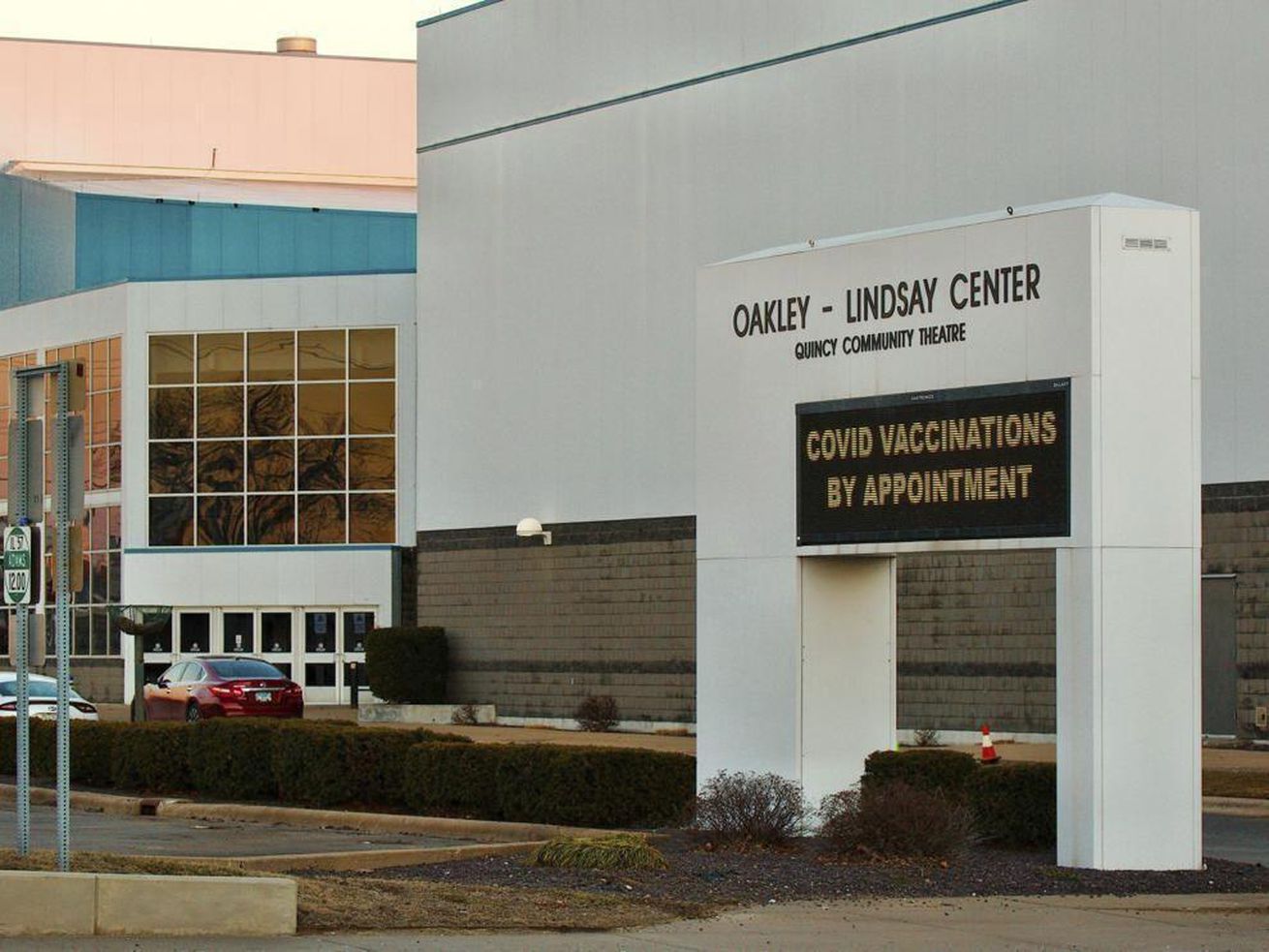 The Adams County Health Department’s mass vaccination site is at the Oakley-Lindsay Center and accepts appointments for residents from anywhere in Illinois. | AP

While smaller sites can cost less to run, it can be exceedingly expensive, on a per-shot basis, to vaccinate those in more rural or underserved areas of the country.

The Oakley-Lindsay Center in Quincy — a five-hour drive from Chicago — became an unlikely go-to spot during the pandemic. The regional convention center along the Mississippi River has distributed 25,000 vaccine doses per month, including thousands to Chicagoans who had trouble booking shots here.

But the costs to run the mass vaccine site, even with new, reduced hours and lower demand lately, still run into the thousands each day, said Jerrod Welch, the public health administrator of the Adams County Health Department.

Still, that’s far less than the estimated price tag for the largest mass vaccine sites across Illinois — about $400,000 a day. That’s according to a spreadsheet featuring internal calculations prepared by the Federal Emergency Management Agency and obtained by the Documenting COVID-19 project in collaboration with the Chicago Sun-Times.

As millions in federal relief money flows to local governments, the spreadsheet provides a detailed look at how much it costs to run such facilities — from a small clinic handling just 250 daily doses to “megasites” handling 6,000. So far, Illinois has received hundreds of millions in FEMA reimbursements during the pandemic, including nearly $8 million to distribute vaccines at the United Center.

A megasite — defined as a facility at least 15,000 square feet in size — could employ as many as 304 people, including security, traffic control, vaccinators, pharmacists, IT support, translators and even legal affairs officers, according to the internal state estimates. Although the vaccination site set up outside the United Center meets the guidelines for the largest sites, officials have not released its daily costs of operations or indicated whether they approach the $400,000 estimate.

The state portion of the costs for the largest mass vaccination sites is $156,240 per day, the Illinois Department of Public Health said. The Illinois National Guard, which staffs many sites including the United Center, is currently deployed under Title 32 orders, which means their pay and benefits are provided by the federal government.

“These expenses are 100% reimbursable by the federal government, resulting in zero impact to the state’s budget,” IDPH said in an email.

The bigger the site, the cheaper the per-unit cost of the vaccine dose. Megasites can average $62 per dose per day, while the smallest sites, averaging 2,500 square feet, approach nearly $200 per dose.

Then there’s the one-time costs, assuming the vaccine sites are open for three months: the freezers, the message boards in the parking lots, chairs and tables, Internet hotspots. For a megasite, the one-time costs can reach nearly $1.5 …read more

GRAMMYS 2021: Watch Doja Cat’s ELECTRIFYING Say So Performance
COVID-19 vaccine for 12- to 15-year-olds could get federal approval by week’s end

‘Girls5eva’ Is the Most Fun Binge of the Year

Talks focus on bringing US back to Iran nuclear deal