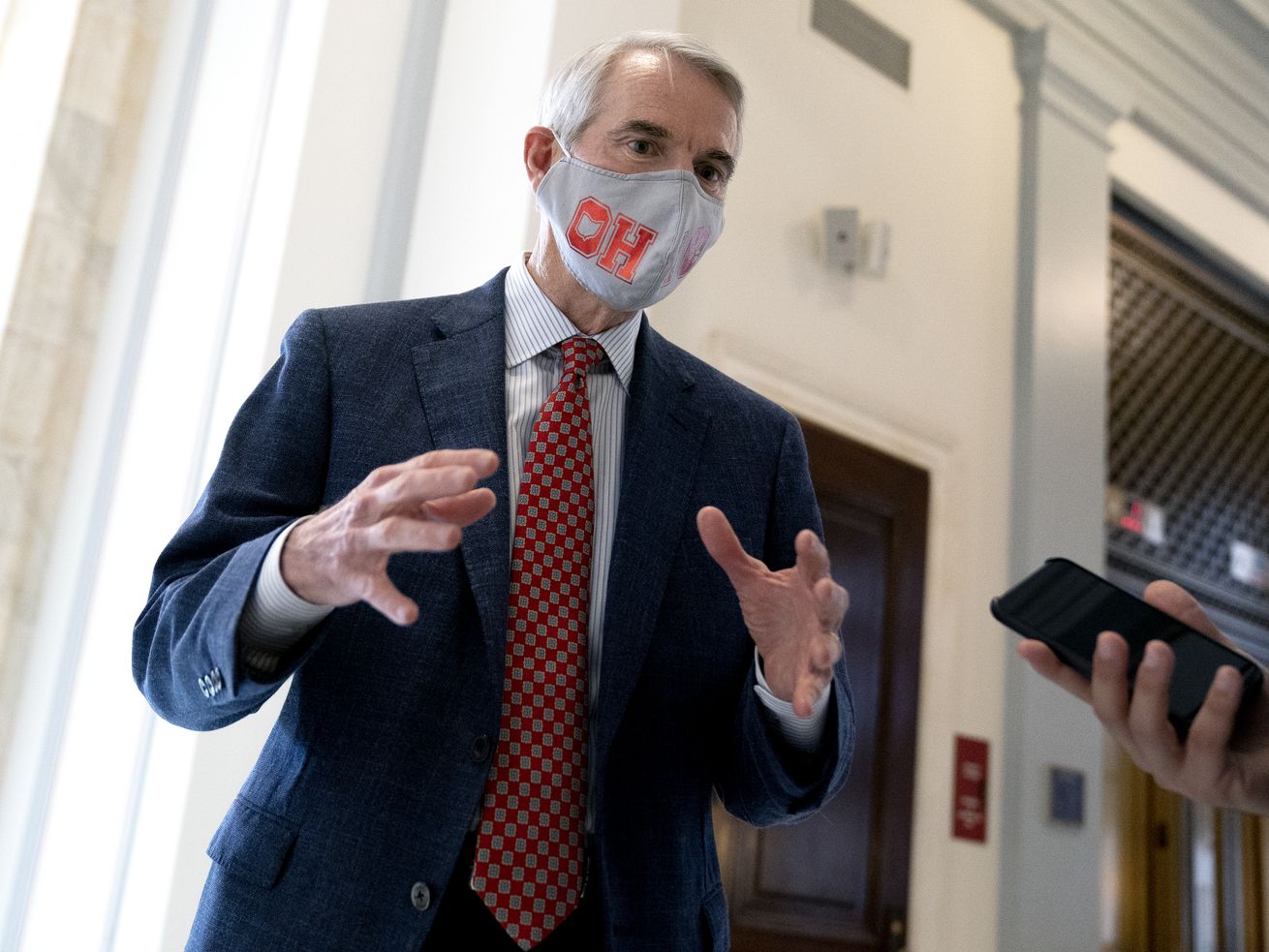 Sen. Ron Portman (R-OH) will be a critical vote if senators decide to pursue an infrastructure deal in a bipartisan manner. | Stefani Reynolds/Getty Images

Infrastructure has long been held up in Washington as one of a dwindling few issues on which there can be bipartisan agreement. As Congress gets to work on negotiating an infrastructure bill and President Joe Biden touts his American Jobs Plan, Republican senators emphasized the potential for a bipartisan deal on Sunday.

Of course, they differed with Biden and Democrats over the scope of what should be included in the bill and how to pay for it.

Sen. Rob Portman (R-OH), a moderate Republican and part of the Gang of 10, said members of both parties have been meeting frequently, and that he believes a bipartisan agreement can be reached. The Gang of 10 are Republicans who worked with Democrats on the Covid-19 relief bill, though no compromise was reached, and whose votes are necessary in order to reach the 60-vote threshold needed to overcome a filibuster.

“There’s a way forward here, if the White House is willing to work with us,” he told Chuck Todd on “Meet the Press”.

Portman said he disagreed with raising the corporate tax rate — a key part of the Biden plan to pay for the infrastructure bill — and criticized the size of Biden’s plan, saying only about 20 percent of the proposed new spending went to traditional infrastructure spending and could be afforded through the mechanisms he favors. Instead of raising the corporate tax rate, Portman proposed public-private partnerships, user fees such as the gas tax, and repurposing state and local funding from the Covid-19 relief package for infrastructure.

Across the Sunday shows, Republican Sens. John Barrasso, Bill Cassidy, and Susan Collins all emphasized that any bipartisan deal can only focus on the roads and bridges that make up a typical surface transportation reauthorization bill. They say the price tag, and any tax increase, are non-starters.

Speaking to Martha Raddatz on ABC’s “This Week,” Barrasso said Republicans’ counteroffer — a $568 billion plan from Sen. Shelley Moore Capito (R-WV), which is about a quarter of what Democrats want to spend — can be a reasonable starting point for negotiations. But for all of the talk of bipartisanship, his assessment of Biden’s plan was largely negative.

“It’s the trillions and trillions of dollars of reckless spending,” Barrasso said, continuing:

When I look at this, this is a staggering amount of spending, like someone with a new credit card. And these are for things that we don’t necessarily …read more

Sen. Bernie Sanders says the US needs ‘progressive taxation’ on the wealthy to pay for Biden’s infrastructure proposal

Squeeze play: Rising lumber costs add urgency to the search for a retirement ranch at The Reserve near DIA