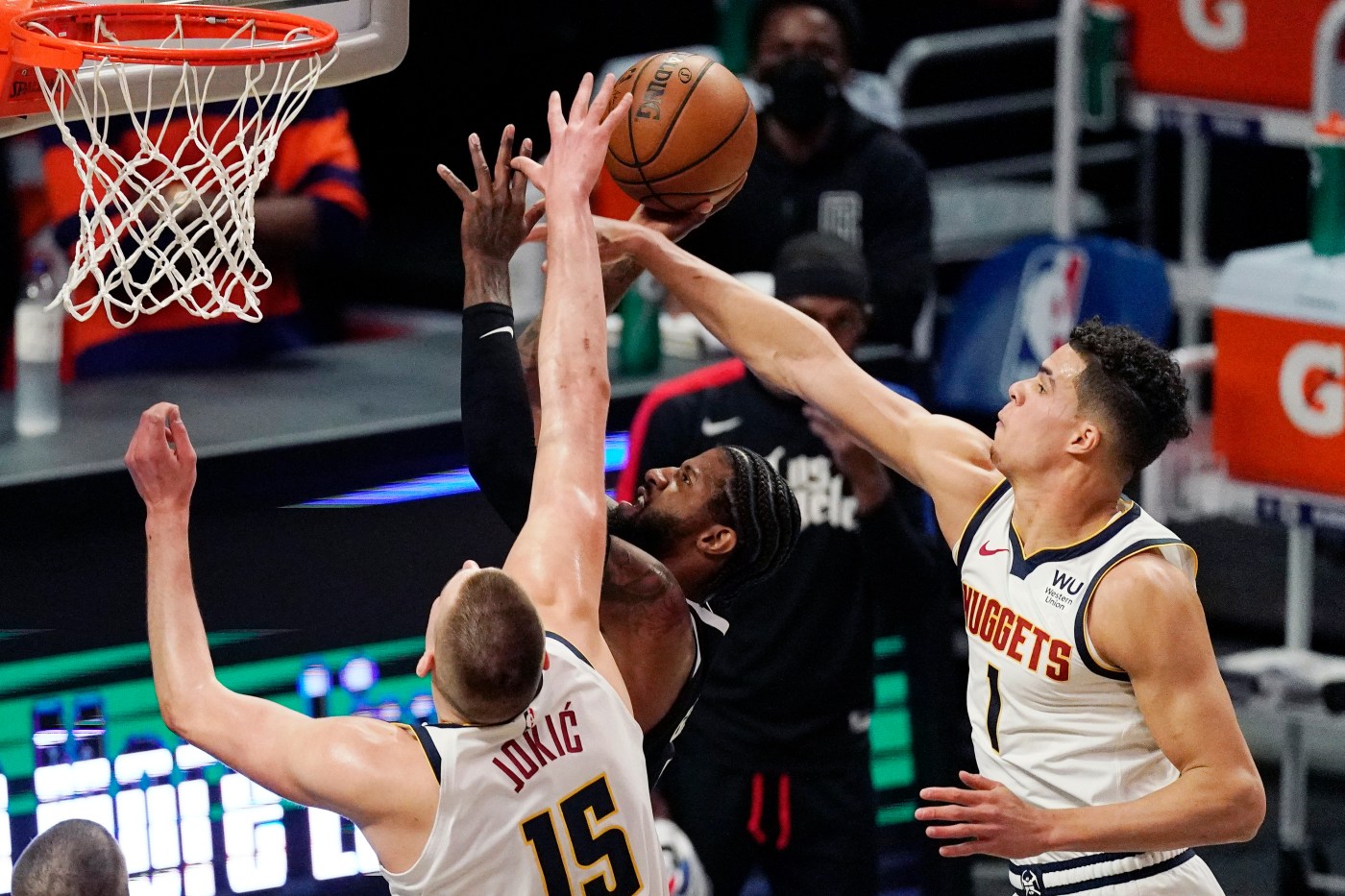 As P.J. Dozier was hounding Clippers star Paul George all over the court Saturday night, he heard a familiar voice cheering and beckoning from the baseline.

Eleven days after Jamal Murray underwent surgery to repair his torn left ACL, he was at Staples Center, reunited for the first time with his team. Murray, who’s been rehabbing in Los Angeles, had a smile plastered on his face as the Nuggets knocked off the Clippers for their fifth win in a row. The win clinched a tiebreaker with Los Angeles and vaulted the Nuggets into the No. 3 seed.

The 110-104 victory also improved Denver’s record to 9-1 since Murray went down at Golden State. The Nuggets’ surge has, once again, ignited the belief that a deep postseason run is still possible behind MVP frontrunner Nikola Jokic, the rapid ascendance of Michael Porter Jr. and a stifling defense.

Some of his teammates saw Murray at the team hotel when they arrived in Los Angeles on Friday ahead of back-to-back games against the Clippers and then the Lakers. Others first saw him Saturday when the team gathered for the morning meeting.

“You just felt the energy lift when he walked in,” Dozier said. “We cheered for him. Just good to have our brother back. Good to see him, see him doing well at that. We just wanted to make sure his spirits were high.”

With Murray in his ear, Dozier scored 16 points and grabbed five rebounds. His swarming defense on George, who finished the night just 5-of-21 for 20 points, was invaluable.

Jokic, whose 18-point third-quarter seized momentum against the Clippers, laughed when he thought about his conversation with Murray.

“He is thinking about basketball,” Jokic said, which should surprise no one. “He cannot wait to do something around basketball. He’s watching our games. He’s in recovery. … I think he just needs to relax right now and take care of himself.”

Cameras caught Murray taking stationary shots before the game and dribbling, while seated, on the sidelines. When Paul Millsap nailed a first-half jumper that forced a Clippers timeout, Murray playfully chided ‘Old man ‘Sap’ as he ran back toward Denver’s bench.

“It was great to see him,” Nuggets coach Michael Malone said. “Obviously, he’s a huge part of this team, not just on the court, but off the court. Culture, locker room, his positive energy. I think I speak for everyone in our travel party. It was great to see Jamal Murray, and I think it was great for Jamal to see us. He’s a part of our family.”

But perhaps the most poignant interaction with Murray came from Michael Porter Jr., who buried 25 points in the win. Despite Kawhi Leonard in his shadow, Porter nailed 10-of-16 shots, including four 3-pointers.

“We saw Jamal in the hotel yesterday,” Porter said. “Got to talk to him. He’s been doing well out here. He’s just … his energy was very, very welcome. We were definitely happy to see him. He told us, ‘The goal is still a championship, make it as far …read more

Archegos may wind down as banks seek to recoup billions in losses, report says