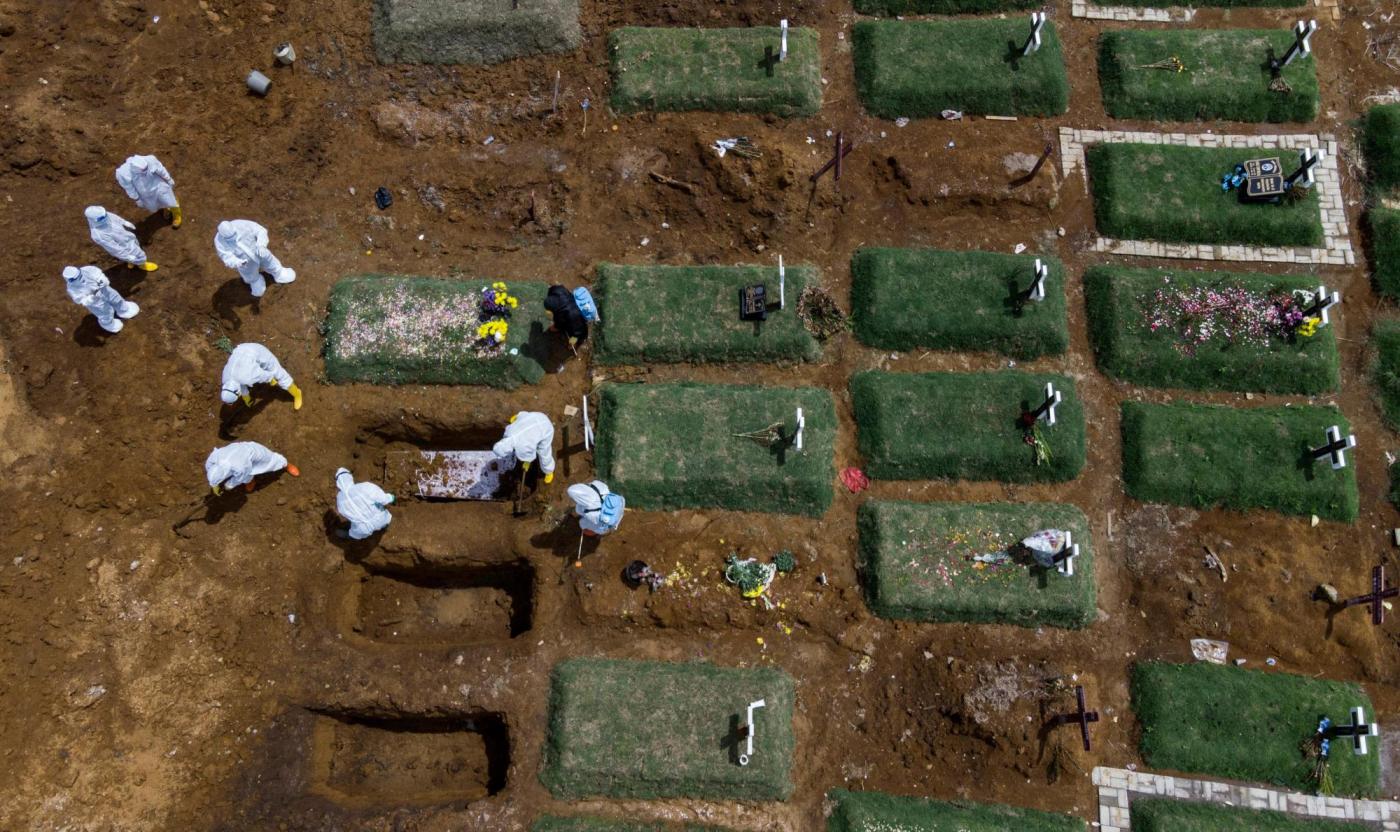 WASHINGTON — The White House says the U.S. trade representative will begin talks with the World Trade Organization on ways to overcome intellectual property issues that are keeping critically needed COVID-19 vaccines from being more widely distributed.

The White House has been under intense pressure to join an effort to help waive patent rules for the vaccines so that poorer countries can begin to make their own generic versions.

White House chief of staff Ron Klain said Sunday on CBS’ “Face the Nation” that U.S. Trade Representative Katherine Tai will be starting talks “on how we can get this vaccine more widely distributed, more widely licensed, more widely shared.”

Klain and National Security Adviser Jake Sullivan said the administration would have more to say on the matter in the coming days.

— Puerto Rico staggers under latest surge of the virus

LONDON — Britain rushed to increase aid for India’s teetering health care system on Sunday, promising more ventilators and expert advice as doctors grapple with a surge in coronavirus infections that is killing thousands of people a day.

Bennifer’s Back? J. Lo and Ben Affleck’s Pandemic Stunts Have Been a Blessing

The U.K. government said it will send an additional 1,000 ventilators to India. In addition, England’s National Health Service, which has battled one of the worst COVID-19 outbreaks in Europe, is creating an advisory group to share its expertise with Indian authorities.

Prime Minister Boris Johnson plans a video meeting with his Indian counterpart, Narendra Modi, on Tuesday to discuss further cooperation between the two countries, the U.K. government said in statement.

India recorded 392,488 new infections, down from a high of more than 400,000 in the previous 24 hours. It also reported 3,689 deaths, raising overall virus fatalities to 215,542. Experts believe both figures are undercounts.

ISLAMABAD — Pakistan’s national body to control coronavirus decided Sunday to temporarily restrict the country’s borders to people coming in from Afghanistan and Iran.

Inbound pedestrian movement from those two countries will halt at midnight May 4 until May 20 with the exception of Pakistani citizens in Afghanistan and Iran who want to return home and extreme medical emergency cases.

The development comes after Pakistan reported another 113 deaths and 4,414 new cases amid the third wave of the virus, taking the country’s death tally to 18,070.

Authorities said the decision aimed to limit the spread of new COVID-19 variants. It said border terminals with both the countries will remain open seven days a week with increased health staff and there will be no restrictions on outbound passengers or cargo movement.

‘The Falcon and the Winter Soldier’: Shooting a Psychological Thriller About the Legacy of the Shield

Family of Chris Cornell settles with doctor over his death