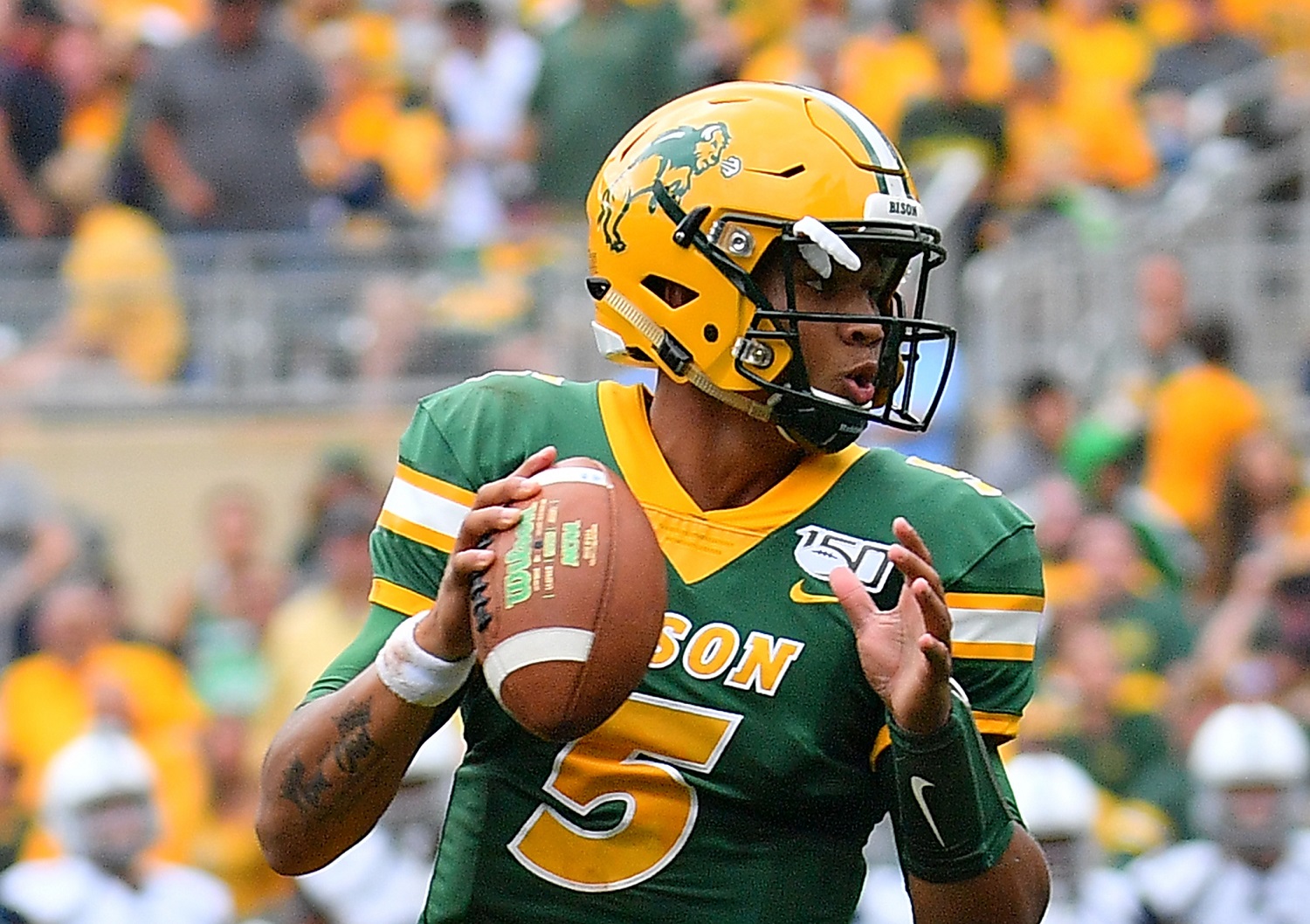 The hugs that commissioner Roger Goodell shared at the 2021 NFL draft were not nearly as interesting as the fist bump between John Lynch and Colin Cowherd. The San Francisco 49ers kept fans guessing almost up to the moment they selected Trey Lance. Now, we’re left to determine what role the talk show host and his daughter played in the choice.

Yes, intrigue about the inner workings of NFL draft rooms has reached a new level.

The San Francisco 49ers made Trey Lance the No. 3 overall selection in the NFL draft after much speculation that they were more interested in Mac Jones. | Sam Wasson/Getty Images

RELATED: Trey Lance Has Always Been and Still Remains a Mystery Ahead of 2021 NFL Draft

At the same time that Cowherd says he played no role in the 49ers drafting Lance, the North Dakota State quarterback, the Fox Sports talk-show host’s PR people are suggesting otherwise. While it’s doubtful that anyone in the media can influence draft-room decisions, Cowherd deserves credit for at least knowing more about Lance than his colleagues did.

We never did learn the source when he beat everyone in reporting that on Tom Brady joining the Tampa Bay Buccaneers in 2020, but Cowherd said his tip came from someone close to the quarterback. In the case of Lance, the whole world knows any info is coming from the new 49ers rookie or Cowherd’s daughter. That’s because Lance and Liv Cowherd, 20, have some sort of Instagram connection and may be linked romantically.

Colin Cowherd hasn’t spoken publicly about his daughter’s relationship, but he mentioned on Fox Radio that he “ran into” Lance. Last month, Cowherd casually dropped on “The Herd” podcast that the FCS quarterback has been to his house.

Cowherd said before the draft the 49ers were taking Mac Jones at No. 3 in the draft after Jacksonville’s choice of Trevor Lawrence the Jets’ selection of Zach Wilson. Others were reporting the same thing, so Cowherd wasn’t alone in being wrong.

After the 49ers picked Lance, Cowherd took a U-turn on the air in explaining why San Francisco’s move made perfect sense.

“He has as many starts as Mac Jones, but unlike Mac, he didn’t have the protection, didn’t have the many receivers that were wide open,” Cowherd said, according to Awful Announcing. “Every scout I know, every executive I know loves this kid. This is the right move. … Yeah, baby, kid earned it, couldn’t be happier.”

While that was going on, Cowherd’s PR reps were emailing the media a story pitch titled “Did Colin Cowherd help 49ers draft Trey Lance?” The email cited the transcript from a Cowherd podcast that began with the paid talker meeting Lance and being impressed:

“And after meeting him, it’s funny. I sent a text to a couple of GMs that I thought may have the chance to get him, one of them John Lynch. So, I text John, I said ‘Hey, I …read more

The 57 Best Home Upgrades Under $35 On Amazon

NFL Draft: How Many 3rd-Day Picks Have Been Named All-Pro?