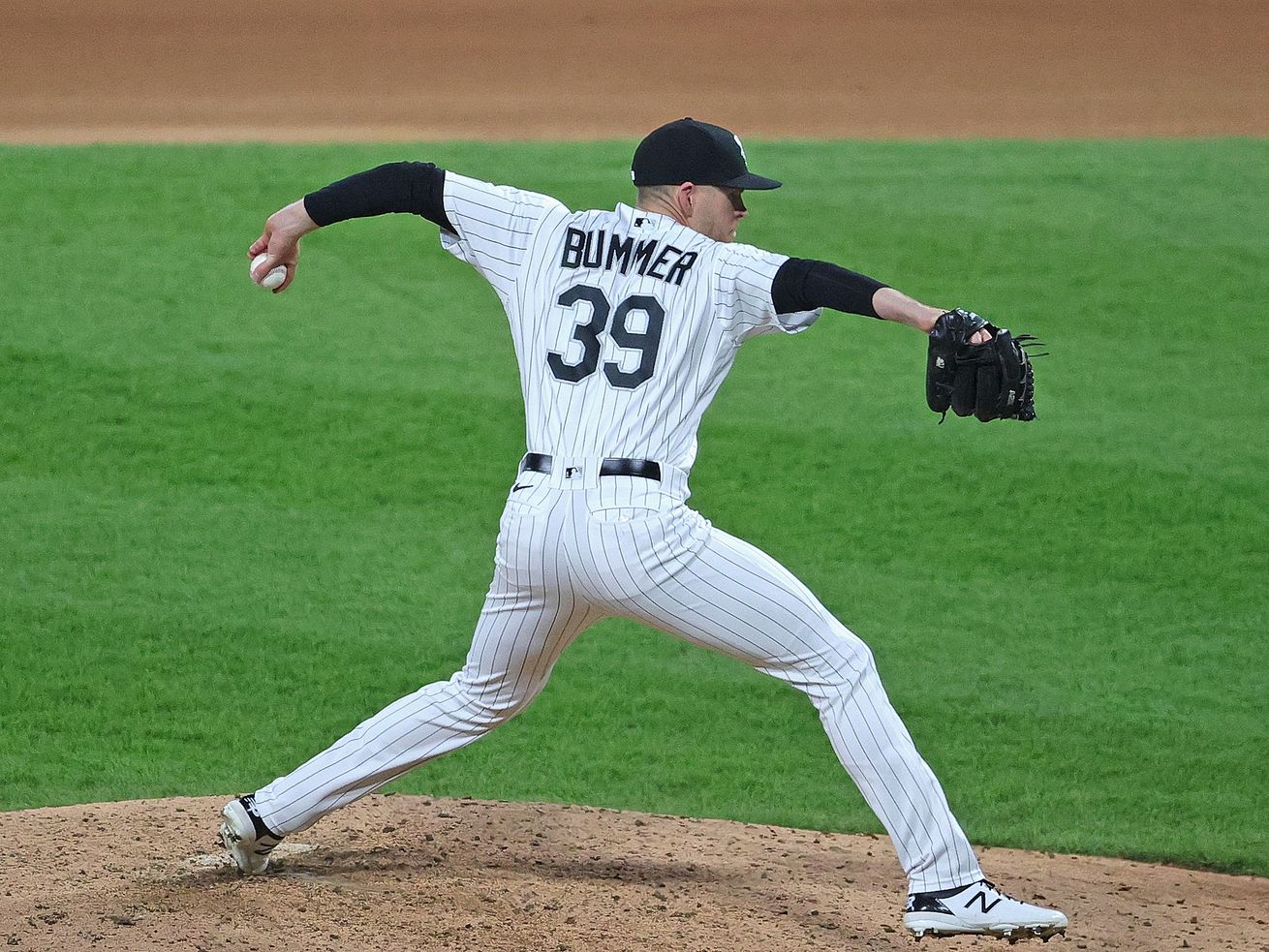 “We’re going to get rolling, and we’re going to be where we want to be and everything’s going to start clicking,” White Sox reliever Aaron Bummer said. | Jonathan Daniel/Getty Images

In April, the White Sox bullpen posted a 4.50 ERA, good for the sixth-highest. Their seven blown saves were tied for the most in baseball.

Headed into the season, the White Sox bullpen was projected to be one of the team’s strengths. Especially with the addition of closer Liam Hendriks, this was a vaunted group expected to secure a lot of wins.

But through the first month, they are still working on living up to pre-season hype.

In April, the White Sox bullpen posted a 4.50 ERA, good for the sixth-highest. Their seven blown saves were tied for the most in baseball.

“It humanizes all of us,” Aaron Bummer said. “I think that we all believed that we were going to be able to go out there and dominate our will on everyone. I think each guy has that mentality; when we’re on our game, we’re going to dominate. It’s just being able to get to that point as much as possible. We’re going to get rolling, and we’re going to be where we want to be and everything’s going to start clicking.”

Like the bullpen as a whole, Bummer has had a bit of a drop off in his performance this season, something he attributes to an issue in his mechanics. He said he feels like he is pulling off of pitches and sending them too far east and west rather than north and south.

Bummer has had to work through this before; he said that in 2018 he experienced similar issues but was able to kick them. This year, his strikeouts are down and the walks are up, but Bummer is confident that he’ll right the ship and do his part toward getting the bullpen back on track.

“It’s a simple thing of not trying to do too much, not trying to create, not trying to fight against anything,” Bummer said. “Just trust in your ability that it’s enough to get people out. With that mentality, you kind of simplify everything, and things start rolling downhill a little bit easier.”

Bullpen woes aside, the other two-thirds of the White Sox are thriving. On offense, they have MLB’s highest wins above replacement and a league-leading .265 batting average. They trail only four other teams in total runs scored.

“We are hitting the crap out of the baseball,” Bummer said. “Our starting pitchers are giving us a chance dang near every single time out.”

The rotation had a 3.11 ERA going into Saturday, and the back end of the starting corps has been the strength lately.

Carlos Rodón threw the 20th no-hitter in Sox history on April 14 and in his last start struck out twelve Detroit Tigers in six innings of one-run work. After a wobbly first four starts, Dylan Cease pitched seven scoreless innings and struck out nine in his last start against …read more

2021 NFL Draft: Now that the Bears have Justin Fields, it’s all on Matt Nagy

Five Guys has opened its first ghost kitchen, which only cooks food for delivery, as digital demand continues