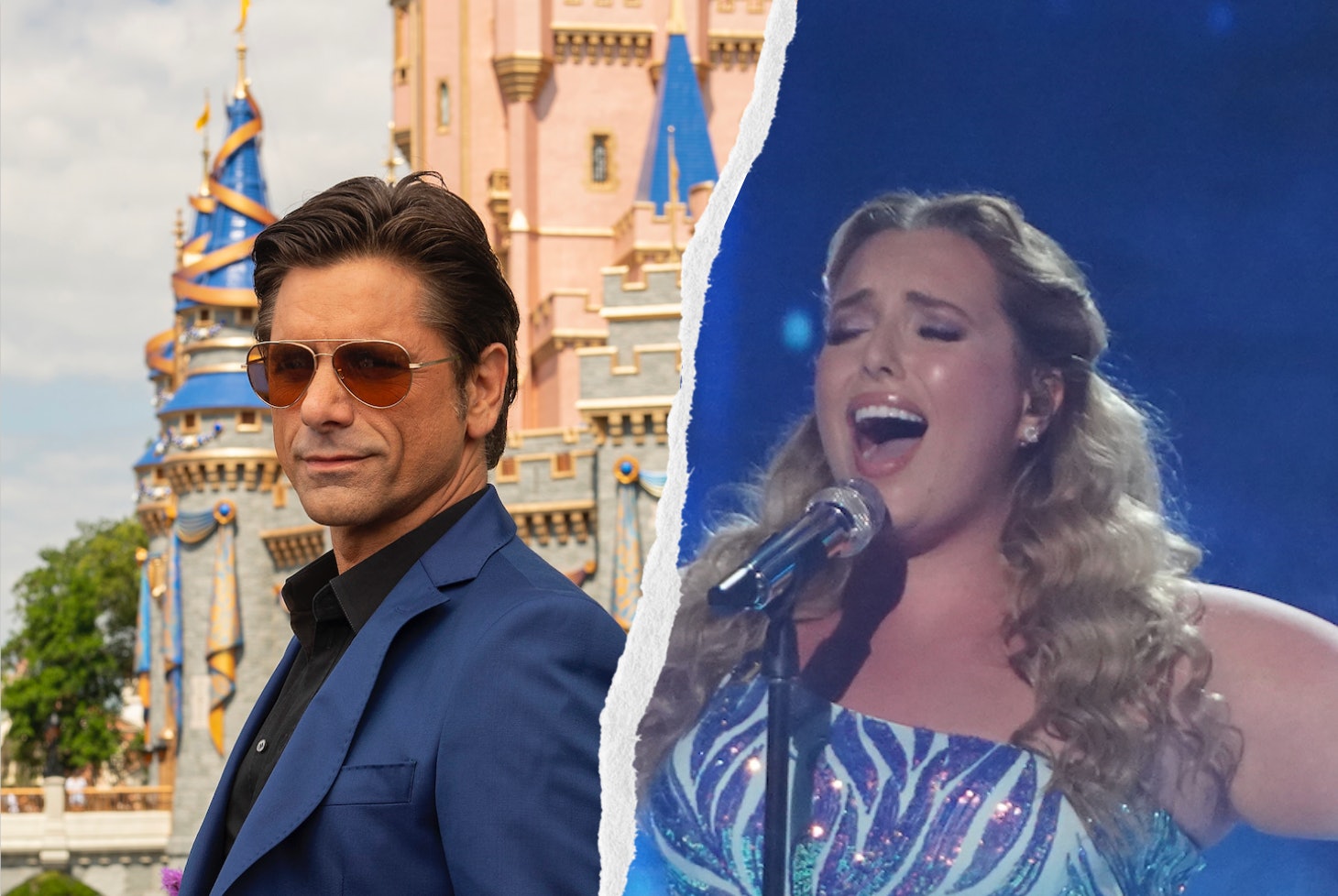 Whether you know him as Uncle Jesse on ABC’s Full House, as Dr. Nicky on Netflix’s You, or most recently, as Coach Korn on Disney+’s Big Shot, actor John Stamos is known for stepping into mentor roles. Apparently, that qualifies the 57-year-old star to also serve as mentor to the American Idol Season 19 finalists. Stamos filled that mentorship role for Idol’s Disney Night, a live episode on May 2 that also featured the huge Survivor-like twist of bringing back a Season 18 contestant to compete in Season 19’s current Top 10.

Arthur Gunn benefited from the surprise twist, earning his comeback spot after he and nine other past contestants returned two weeks ago to fight for America’s vote and the final spot in the Top 10. After host Ryan Seacrest revealed that Arthur and his chilling rendition of Goo Goo Dolls’ “Iris” had received the most votes, Arthur continued his redemption arc on Sunday night with a live performance of the Oscar-winning song “Remember Me” from Disney’s Coco, as if to remind the audience to, well, remember him and keep voting for him.

Arthur’s unique take on the Disney song, which garnered high praise from judge Katy Perry because of his “Dave Matthews Band style notes,” was one of three standout performances from Disney Night. The 23-year-old raspy “comeback kid” also impressed Stamos. “Your voice is absolutely stunning — I’m just blown away by you,” said Stamos, whose own music credits include performing on Broadway and touring with The Beach Boys as an honorary member.

Aside from Arthur, powerhouse vocalist Grace Kinstler’s performance of “Into the Unknown” from Frozen 2 and fellow frontrunner Willie Spence’s soulful cover of “Circle of Life” from The Lion King impressed Stamos and the Idol judging panel. “That’s beautiful. What am I going to tell you? Just do that,” Stamos told Grace, who earlier in the season made judge Luke Bryan cry with her audition, during rehearsals. After her live performance of “Into the Unknown,” judge Lionel Richie echoed Stamos: “I think John said it best. Just do that. That’s all you have to do.”

Meanwhile, Willie delivered an emotional version of “Circle of Life” as a tribute to his late grandfather. “He’s a big teddy bear obviously,” Stamos said about Willie, whose grandpa recently died of COVID-19. “‘Circle of Life’ could mean carrying on his light. It’s about losing someone and someone takes their energy and their love. Your smile is the greatest thing I’ve ever seen.”

By the end of Sunday’s episode, America’s coast-to-coast, real-time vote whittled down the Top 10 to a Top 7, with Arthur, Grace, and Willie all advancing. Idol viewers on Twitter rejoiced about the results and Perry’s Disney-themed costume.