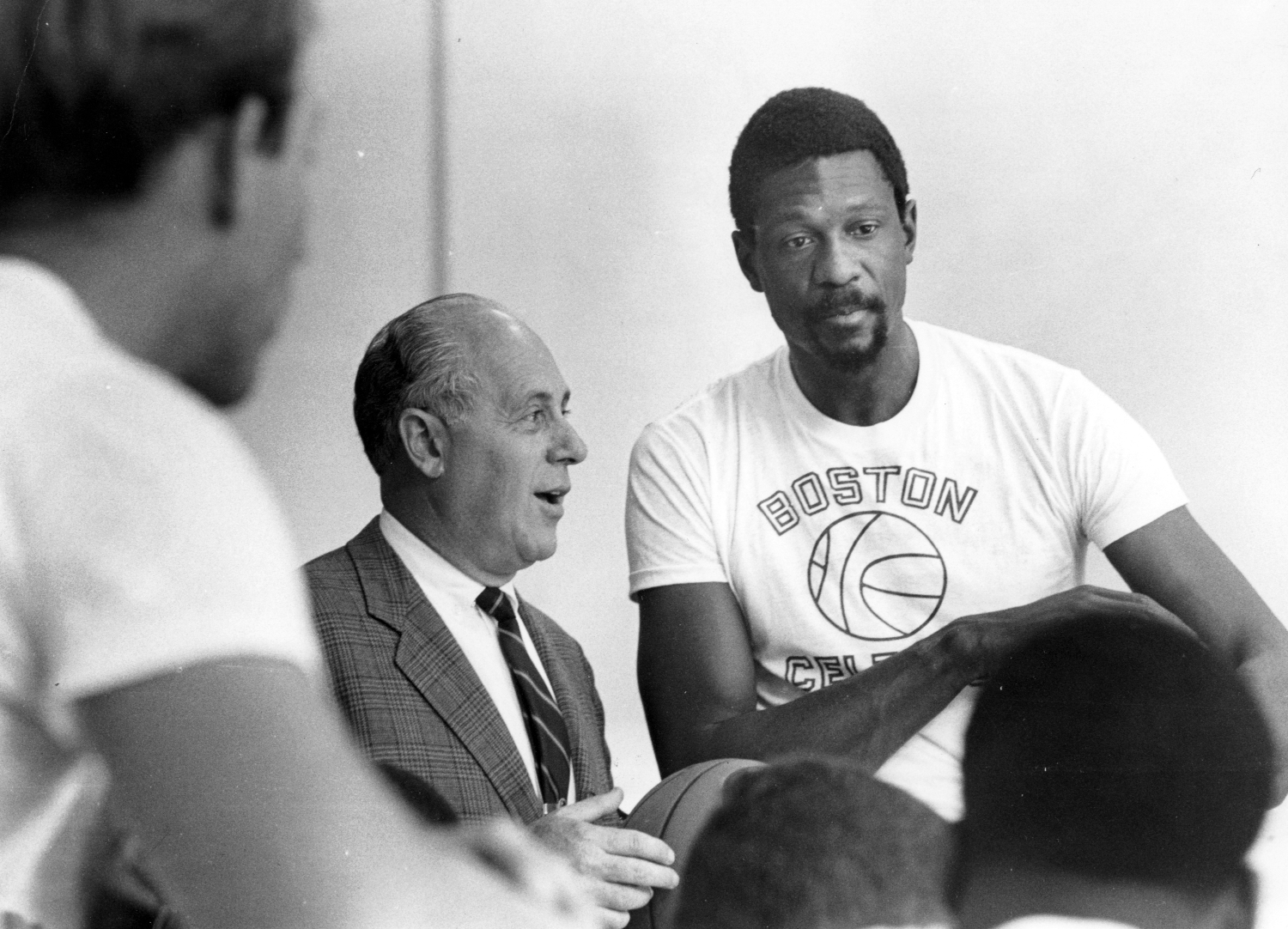 Bill Russell won more NBA titles than any other player in history, taking home 11 rings in his 13 seasons with the Boston Celtics. That fact is well-known. What isn’t as well-known is that Russell won the last two of those as a player-coach and broke a major barrier in the process. With the Celtics, Russell was the first Black coach in any of the major North American professional sports.

That it was the Celtics breaking the barrier isn’t a surprise. During his tenure with the team, longtime coach and longer-time general manager Red Auerbach accomplished several racial firsts.

At the time Russell took over as coach of the Boston Celtics, they were a historic power. Boston had gone to 10 consecutive NBA Finals – an entire decade – and had won eight straight titles. That is the longest such stretch in pro sports.

“I wasn’t offered the job because I am a Negro,” Russell told The Undefeated in 2017. “I was offered it because Red figured I could do it.”

In their first season under Russell, the Celtics fell short of continuing those record streaks. Despite 60 regular-season wins, Boston was no match for the dominant Philadelphia 76ers and Wilt Chamberlain. The Sixers won 68 games and beat the Celtics in the Eastern Division Finals en route to Chamberlain’s first title.

The aging Celtics again finished eight games behind Philadelphia in 1967–68. But this time, Boston beat the 76ers in the Eastern Division Finals, winning three times on the road – including twice in the last three games. The Celtics overcame a 3–1 deficit in the process and beat the Los Angeles Lakers in six games for their ninth championship in 10 seasons.

Boston hardly looked like a title contender in 1968–69, though. The defending champs went just 14-16 over the last 30 games and entered the playoffs in the East’s fourth spot (only four teams qualified in each division). The Celtics blew through the Chamberlain-less 76ers in five games to get back to the division finals, then handled the New York Knicks in six games to return to the Finals.

Russell’s last NBA Finals as a player or coach was against the Lakers – who had added Chamberlain. Boston won in seven games, and Russell retired as a player and resigned as coach at season’s end.

Russell returned as part of a next wave

RELATED: The Boston Celtics Add Another ‘Worst Loss Ever’ to Their Lengthy List

Russell’s success with the Boston Celtics prompted the Seattle SuperSonics to hand the player-coaching duties to Lenny Wilkens. Later in the 1969-70 season, Al Attles became interim coach for the San Francisco Warriors while still an active player. Attles wound up with the Warriors for 14 years and, in 1975, was the second Black coach to win a championship.