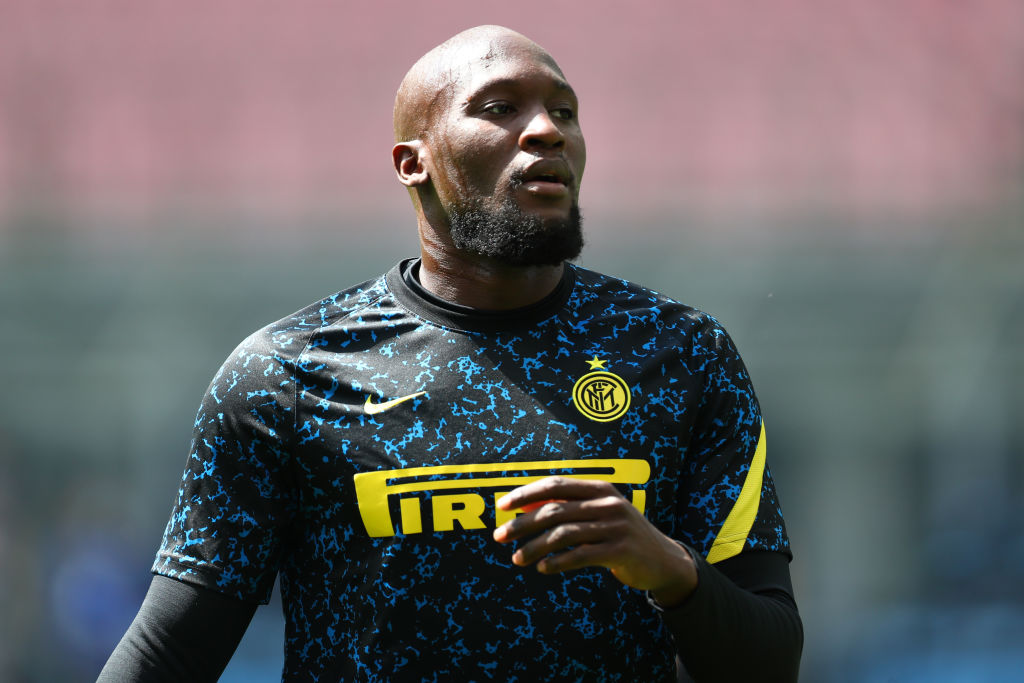 The Belgian striker has been linked with a return to Stamford Bridge (Picture: Getty Images)

Romelu Lukaku says he is ‘truly proud to play for Inter’ and wants to ‘continue’ at the club following their Serie A title win despite speculation linking Chelsea with a club-record move for the striker.

The west London club have made a new number nine their top priority this summer and are believed to have put Lukaku – who has 21 goals and 10 assists in the league this season – at the top of their wish list ahead of Borussia Dortmund’s Erling Haaland.

Inter president Steven Zhang is believed to have flown to Italy this week to discuss Lukaku’s future, with the Italian side begrudgingly prepared to let their star man leave if their £105million asking price is met.

Lukaku has 31 goal contributions in 33 Serie A appearances (Picture: Getty)

But Lukaku, who drove around the streets of Milan waving an Inter flag to celebrate their title win yesterday, has made it clear that he is very happy at San Siro and keen to keep playing for the Scudetto winners.

‘I am so happy for all the Inter fans in the world, for the team, the staff, the president and everyone,’ Lukaku told Sky Sport Italia after Atalanta failed to beat Sassuolo.

‘It was a wonderful year for us, I am truly proud to play for Inter.

‘I wanted to come out here and celebrate along with the people. I told my friend this was the best way to experience it, to be there with the fans.

‘For me and many of my teammates, this is our first league title, so it’s a moment we wanted to share with them.’

‘It’s wonderful and I hope to continue like this. I want to thank everyone, I am truly so happy.’

Chelsea signed Lukaku for just £18million back in 2011 when he was still a teenager at Anderlecht before eventually selling him to Everton and they would need to break their transfer record to lure him back to Stamford Bridge now.

Kings out of playoff mix, look ahead to series vs. Coyotes

How Many No. 1 Picks in the NFL Draft Are in the Hall of Fame?

Stephen Curry Gets MVP Endorsement From a Former NBA Champion