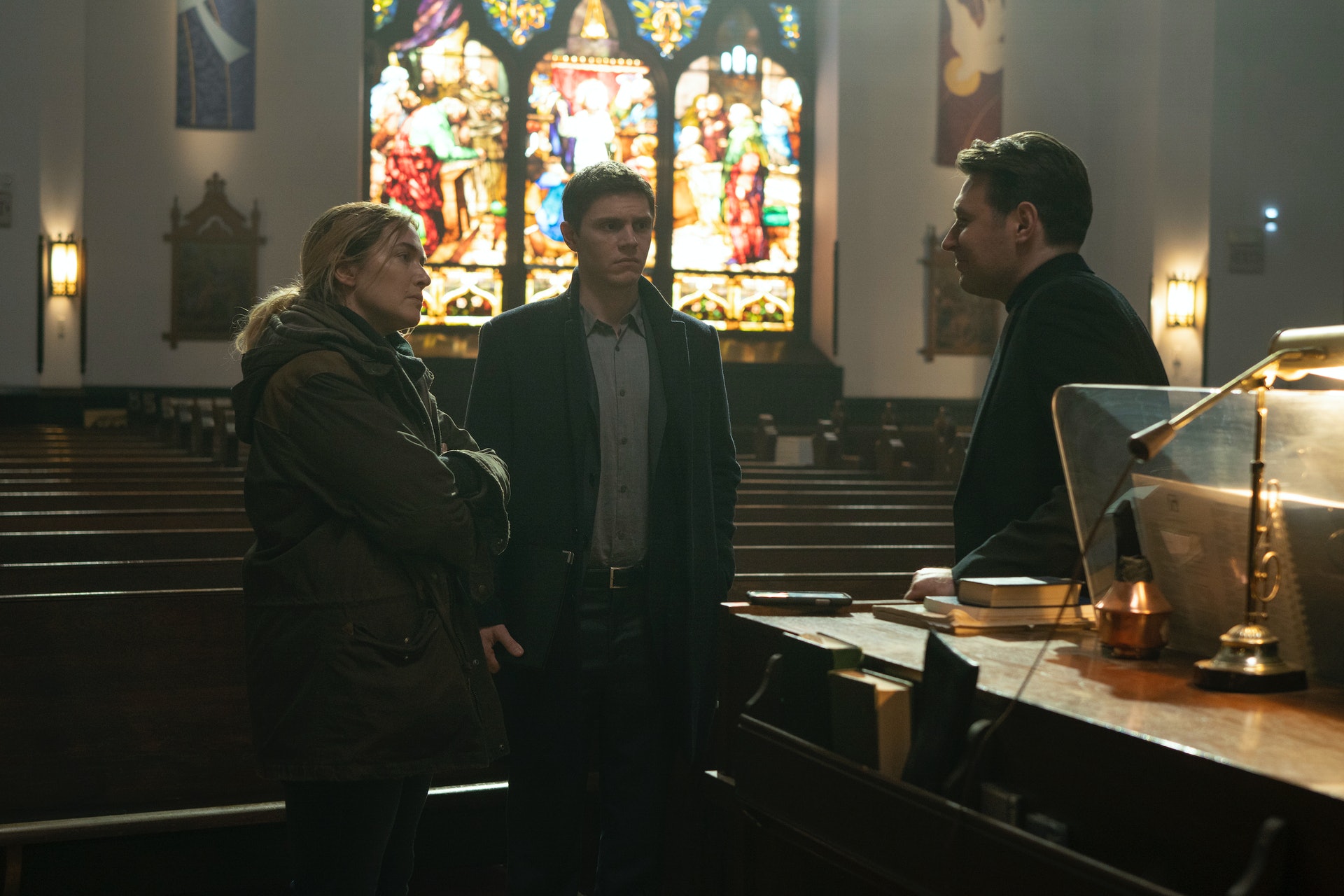 Spoilers ahead for Season 1, Episode 3 of Mare of Easttown. Easttown, Pennsylvania — population 10,000 — seems almost entirely comprised of people related to Mare Sheehan and people who could have killed Erin. But instead of narrowing down the suspects, our reckless detective is expanding the scope of her inquiry to include identifying Erin’s son’s father. There’s a rumor going around that Dylan Jr. isn’t Dylan son and a more pernicious one that Frank Sheehan, Mare’s ex, is the real dad. But while their paternity tests attract attention, a quieter case is being made against Deacon Mark, who, like all good suspects and all red herrings, definitely knows more than he’s letting on.

In the May 2 episode of Mare of Easttown, detectives Sheehan and Zabel knock on the deacon’s door when they learn the last phone number Erin called, right after the showdown with Briana in the woods, was his. But their accusations are more based on gut than evidence. Is it normal for a teenage girl with no reputation for being especially religious to call a pastoral leader rather than a friend? Probably not. But Deacon Mark withstands Mare’s questioning, and his story adds up. Erin confided in him that there was some kind of “betrayal” that night, and she was upset. Mark might not be the first call every Easttown teen would place in this situation, but Erin was ostracized from her peers after quitting school to raise DJ. She just didn’t have that many other numbers to dial. We already know that, before she became a mother, she was in a youth group run by Mark. Where Mare sees something potentially incriminating in the continued connection, Mark sees evidence that he was earning trust and doing his job well. Finally, when Mare asks him to hand over his cell phone, he does it willingly.

Grimes' 'SNL' Appearance As Princess Peach Was Praised On Twitter

The information Mare extracts from the phone is at least a little inculpatory. The last time Mark and Erin were in contact was around the time of DJ’s birth. If you look at the situation charitably, times of great upheaval are exactly when you need spiritual guidance most. But to call when DJ was born and after a big, ugly fight with DJ at its center does look suspicious. Even if Mark isn’t Erin’s killer, we know by his admission that they’ve been alone together. Is it possible he should be taking a paternity test, too? Just when it seems like Sheehan is grasping at straws, Zabel learns Mark was discharged from his previous parish under unclear circumstances. Did something untoward happen? We still don’t know, but given this is a post-Spotlight detective drama, it’s a bad look.

Just before the episode winds down, we see Deacon Mark park his car in the middle of a bridge and dump Erin’s cotton candy pink beach cruiser into the water below. He’s lying to Mare, obviously. He didn’t just talk to Erin that night. He went to see …read more

GRAMMYS 2021: Watch Doja Cat’s ELECTRIFYING Say So Performance
Social Media Has Always Been An Outlet For Grieving. The Pandemic Made It An Essential One.