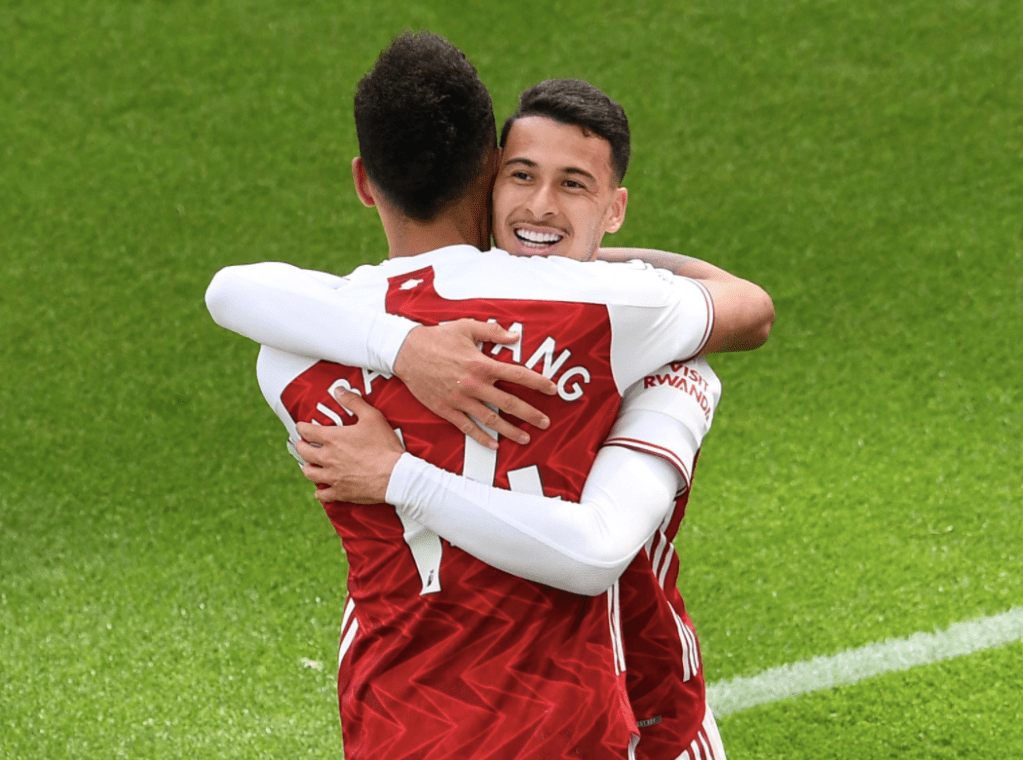 Pierre-Emerick Aubameyang said he was ‘really happy’ to get on the scoresheet after Arsenal’s 2-0 victory over Newcastle and praised the ‘incredible’ performance of Gabriel Martinelli, who assisted his second-half strike.

The 31-year-old striker had missed Arsenal’s previous three Premier League matches after contracting malaria while on international duty with Gabon and made his return as a substitute in the Gunners’ Europa League semi-final first leg with Villarreal on Thursday night.

Satisfied that Aubameyang had fully recovered, Mikel Arteta recalled Aubameyang to his starting XI at St James’ Park and the forward repaid his manager’s faith as he doubled the visitors’ advantage in the 66th minute after Mohamed Elneny’s early opener.

The Arsenal captain has failed to reach his usual heights at times this season but adjusted brilliantly to volley home Martinelli’s pinpoint cross from the left flank to take his personal tally to 10 goals for the top-flight campaign.

Aaron Rodgers Wants Out of Green Bay; Here Are a Few Crazy but Proven Ways He Could Do It

How Many No. 1 Picks in the NFL Draft Are in the Hall of Fame?