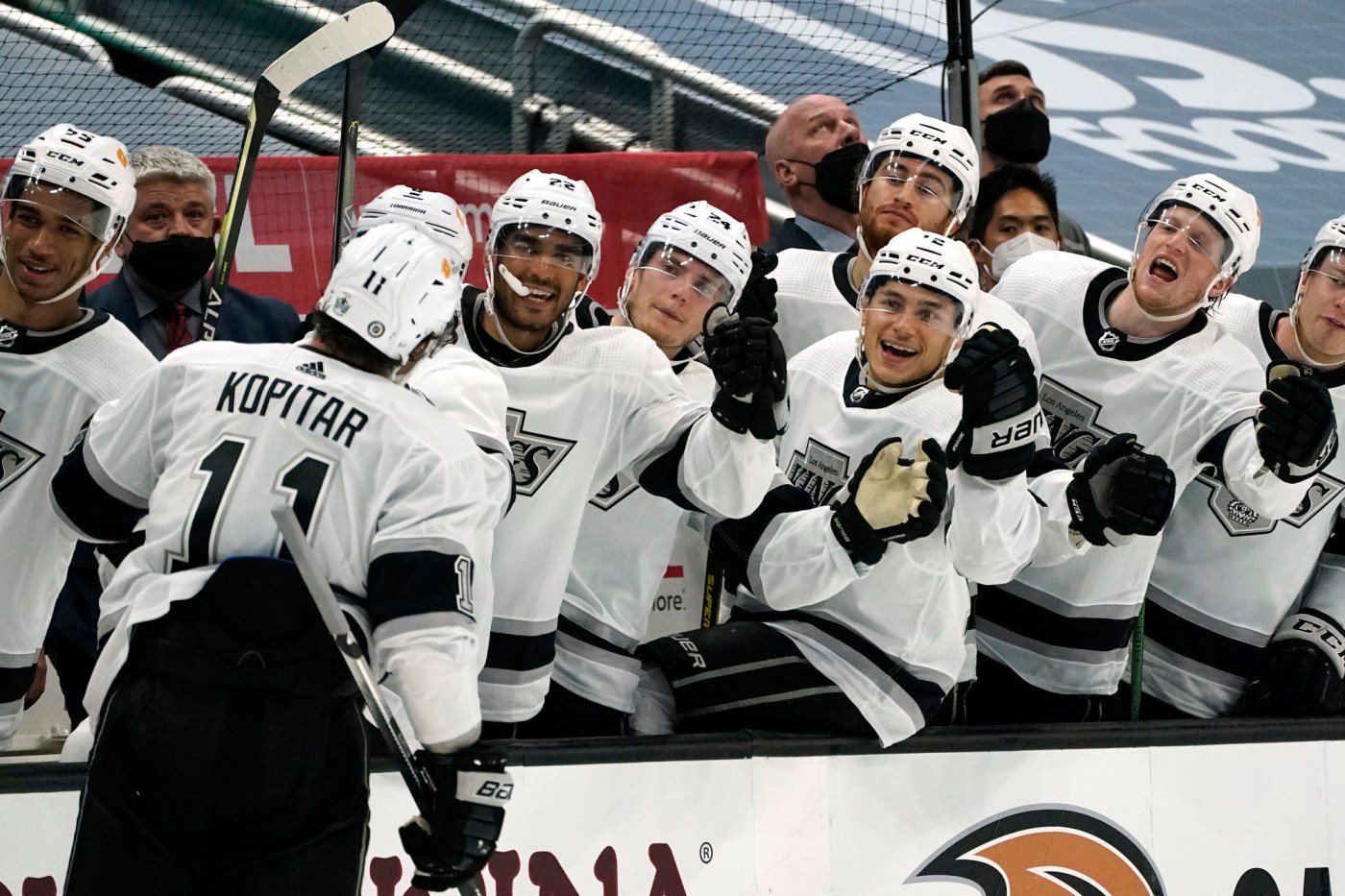 After failing to improve their own fortunes, the Kings now have the opportunity to play spoiler as they finish their season against two teams vying for the final West Division playoff berth and another with aspirations of a first-place finish.

That’ll start with visits Monday and Wednesday to face the Arizona Coyotes. They are currently fifth in the West standings, three points behind the St. Louis Blues, who have three games in hand on Arizona to boot.

Though the Kings were not exactly owning their competition before the trade deadline–they had gone 6-10-0 in the month leading up to decision time–they were still  in the playoff hunt thanks to other middling West teams’ underperformance.

After dealing away forward Jeff Carter, who had spent parts of 10 seasons with the Kings, and adding very little, the Kings summarily dropped four of their next five games and lost six of nine overall.

“We can’t feel sorry for ourselves, that’s where we’re at right now,” McLellan said. “There isn’t an athlete that can win when they’re not all in.”Related Articles

Jonathan Quick helps Kings steal a win from the Ducks

Quinton Byfield makes his Kings debut in loss to Ducks

Now they face Arizona for the final two meetings of the season after having split the first six meetings. They’ll also play St. Louis once and the Colorado Avalanche, which sits in second place, four more times before the season ends.

Their most recent meeting with Arizona was one of the Kings’ poorest performances of the season, and their struggles were exacerbated by some precise execution on the part of Coach Rick Tocchet’s ‘Yotes.

Arizona won 4-0, a lopsided final score that flew in the face of the earlier showdowns. All five previous matches either went to a shootout, were one-goal games or were close enough to feature an empty-net goal near the final horn.

Two-time Stanley Cup champion and right winger Phil Kessel has led Arizona up front while breakout defenseman Jakob Chychrun has emerged as its most dangerous blue-liner. Those two have paced Arizona all season and against the Kings in particular, with each player …read more

Pushing the needle? Even with dwindling demand, 60% of Illinois residents got at least one COVID-19 vaccine shot